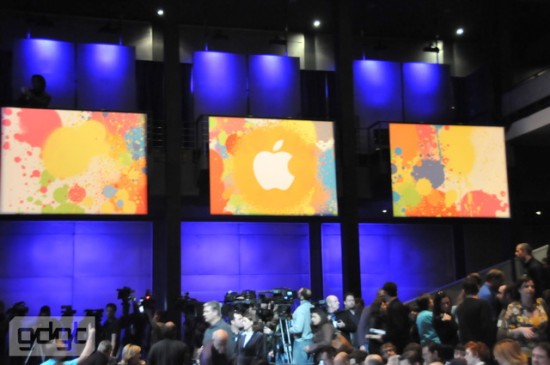 Chalk it up to the ‘jealous blogger’ syndrome; while our counterparts at Gizmodo, Engadget, Slashgear, Ars Technica, and gdgt get to cover the unveiling of the iPad live and repeatedly tease us with tantalizing dispatches from the land of One Infinite Loop, the rest of the blogosphere has to wait with its nose pressed against the glass for the tiniest glimpse of today’s unveiling. And it’s not just bloggers: given the way the iPad revelation seemingly ground Twitter to a standstill, there were plenty of interested civilians as well. There was a blurry UStream video that was better than nothing, but: why not CNBC or something?

Why does Apple do to this to us? Is it part of Guy Kawasaki‘s original secret manual for emotionally abusing fanboys until they harden into dead-eyed full-fledged Product Evangelists?

The real question, though, is: If we can get video of Doug Engelbart’s unveiling of, of, I don’t know, the mouse, email, and hypertext from, um, 1968, why is Steve Jobs turning today’s event into a creepy, grainy peep-show?