Bing! We can't take you anywhere! 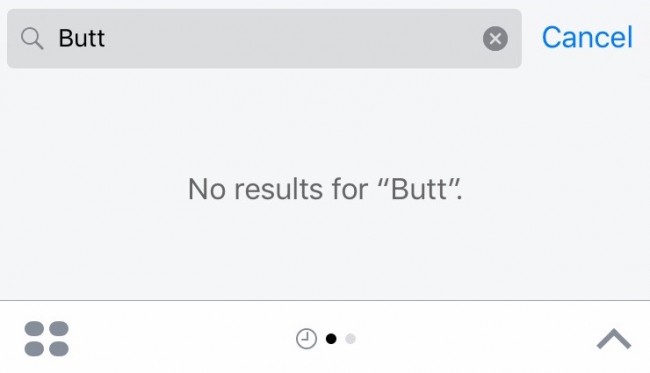 iMessage in iOS 10 is a weird bizarro land of new features and confusing menus, but the one that makes the most sense is the inclusion of native GIF search. That doesn’t come without its own problems, however, and Apple took measures to keep things from getting NSFW by disabling certain naughty words from the search. One they didn’t disable, however, was “butt,” and the Bing-generated results made them regret that decision in short order.

So, Apple quickly disallowed the GIF search for “butt” this morning, much to the dismay of 12-year-olds everywhere (and probably plenty of grown adults), and typing the word in will now simply return no results. That’s certainly one way about it, but there are reportedly other ways to get the GIF search to show less-than-family-oriented results, and banning single words on a case-by-case basis hardly seems like a comprehensive solution. It’d be much better if the filtering was handled on Bing’s end.

(via The Verge, image via screenshot)