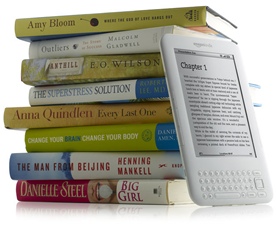 Apple, along with book publishers HarperCollins, Hachette, Mcmillan, Penguin and Simon & Schuster are now involved in a class-action lawsuit that accuses them of colluding to fix prices in order to hurt Amazon’s Kindle success. The lawsuit, being brought by a Seattle law firm, suggests that all the parties involved had reason to be afraid of Amazon’s pro-consumer pricing scheme for both its hardware and for eBooks.

The logic of the case goes something like this: Publishers were concerned about lost profits from the sale of Amazon’s eBooks, Apple was concerned that the Kindle could seriously damage the iPad’s viability as an eBook reader, and therefore, the two teamed up to fix prices to try and thwart Amazon’s eBook endeavors.

While Apple and Publishers could do little-to-nothing about the price of Amazon’s hardware, they could increase the cost of eBooks, buying time for publishers to ease into digital distribution on their own terms instead of Amazon’s and buying time for Apple to release the iPad. The collusion allegedly forced Amazon into new contracts with publishers wherein publishers set the prices and when the prices were illegally raised, the publishers skimmed off some extra profit and slowed the boom of digital literature. Allegedly. GeekWire quotes a class action specialist as saying the following.

As a result of the pricing conspiracy, prices of e-books have exploded, jumping as much as 50 percent. When an e-book version of a best-seller costs close to – or even more than – its hard-copy counterpart, it doesn’t take a forensic economist to see that this is evidence of market manipulation.

Check out the press release and entire suit here.