Dammit, sad iPod. I trusted you and your "pity me" face. 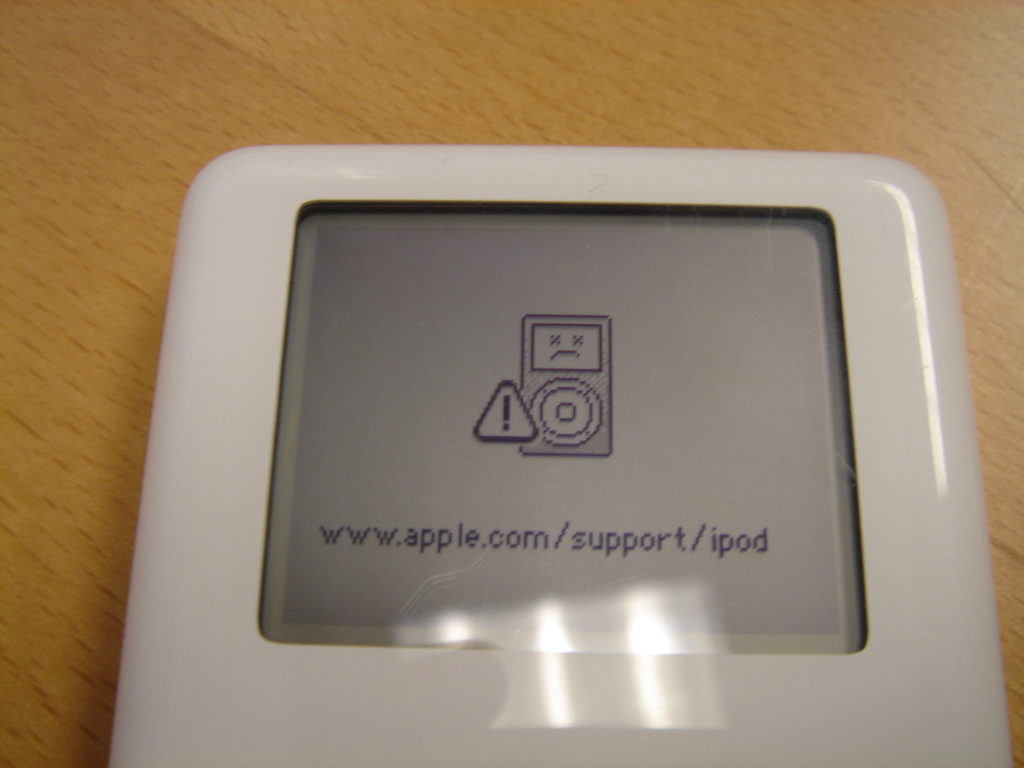 Apple might be all about DRM-free music and free hugs and high fives for everyone or whatever these days, but that wasn’t always the case. In fact, an iPod DRM trial has revealed that they once went so far as to force customers to restore their devices to delete competitors’ music.

During a current trial over California antitrust laws and whether or not Apple’s iTunes DRM policies drove up iPod prices by stifling competition, attorney Patrick Coughlin alleged that Apple specifically removed songs purchased on competing services from users’ iPods. While that will probably be quite enough to legally condemn Apple, the added fact that their chosen method for doing so was by sending a restore error during syncing and forcing users to wipe their devices isn’t going to do them any favors in the PR department, either.

So what did Apple have to say for themselves? The Wall Street Journal reports that the reason for the removal of files was supposedly malware protection. Apple was concerned about hackers, and removing non-Apple files was a way to keep iPods safe. However, Coughlin argued that the restore error system was deliberately designed so that Apple didn’t have to tell users what the problem was before deleting files, so they wouldn’t figure out what was going on.

Meanwhile, Apple security director Augustin Farrugia testified, “We don’t need to give users too much information… We don’t want to confuse users.” Yeah. Much better to just frustrate the heck out of people with restore errors, which are super fun and not at all time-consuming to deal with.

(via Gizmodo, image via Pedro Vera)