Or we could just all agree not to be jerks. ... Pfffffft. 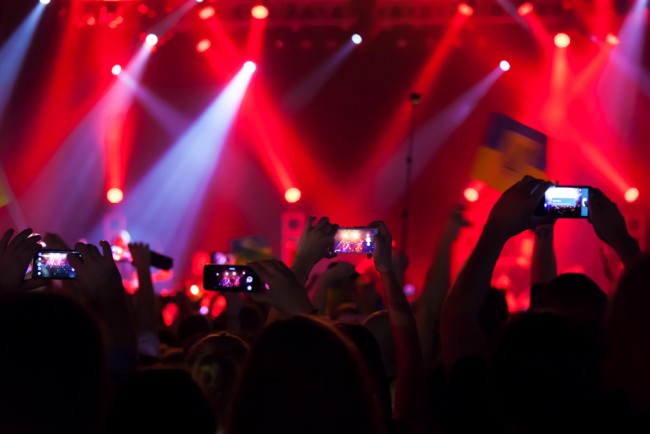 It was already hard enough to see over a sea of other people’s heads at concerts (if you’re standing in general admission, anyway), and then smartphones became a thing, and we’ve all had to adjust to moving our heads into juuuust the right position to see around everyone’s screens and arms as they hold their phones up to record video and make their friends jealous on the Internet. Now, Apple’s been awarded a patent to put a stop to the amateur documentarians.

As it’s imagined in the patent filing, infrared signals would be detected and decoded when an iPhone’s camera is in use, and the decoded instructions could, for example, shut down the phone’s video recording capabilities while the signal is coming in. So, at concerts, simple infrared emitters could be used to prevent recording and make everyone put their phones away, thereafter only blocking your view with their arms by rocking out instead of filming.

Of course, that’s not the only thing the patent is good for, as it also describes one possible use for the IR signals as displaying relevant data about an object on a viewer’s phone. That way, it could be used kind of like QR codes to provide a little extra information about what you’re looking at, taking pictures of, or recording on video.

If it is used at concerts, though, and it’s only on Apple phones, it wouldn’t do very much to curb the problem, and iPhone owners would probably be a bit upset about it. After all, there are polite, discreet ways to film at a show without disturbing those around you, and it’d be a shame to have that 100% cut off. Not only that, but widespread installation of such measures in other places could lead to frustration if people are just trying to take some standard photos or video and get needlessly shut down—not to mention the possibility of IRL trolls remotely disabling cameras in public just because they can.

Stopping people from recording at concerts is a nice idea, but it’s probably a pipe dream, and I doubt this technology will catch on, at least for that specific use. Common courtesy: There’s not an app for that.

(via cnet, image via luckyraccoon/shutterstock)