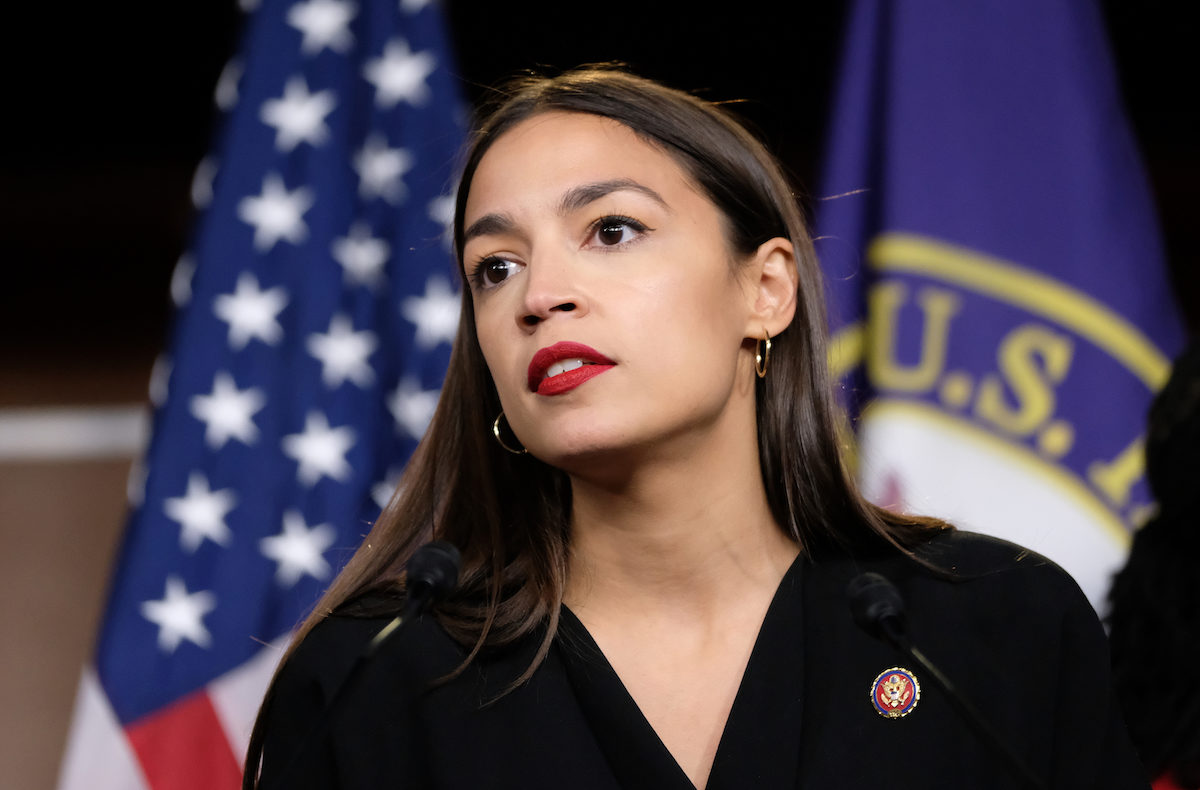 Truly it is madness that this is a hot topic of conversation, but Alexandria Ocasio-Cortez had to make a statement about her haircut because conservatives want to yell. It started when “news” broke that AOC went to a salon to get her hair done and the total came out to be around $300 dollars for a cut and color. Which, if you’re a woman in the year of our Lord 2019, you know that that is not expensive for both a cut and color. I was spending close to that for just a color when my hair was blonde and when I finally decided to go back to my natural hair color to save money, I still had to pay nearly $200 for it.

So AOC paying roughly $300 for a cut, color, and including tip? A pretty good deal. But conservatives apparently only go to Great Clips and never dye their hair. So it’s gotten to the point that she had to take to Twitter to make a statement on it, because of course she did.

40 million Americans live in poverty under today’s extreme inequality, yet the right-wing want you to blame Democratic socialism for their own moral failures.

Our policies, like Medicare for All, advance prosperity for working people.

Twitter pointed out why this was all nonsense to begin with—again, it’s f**king expensive being a woman, but conservatives, and many menfolk in general, probably think we all roll out of bed with a full face of make-up and it’s free.

It is expensive to be a professional woman. If your job requires you to attend dinners or conferences, you can’t just buy a tie and call it a new outfit. We are expected to look put together. Dresses, blazers, shoes, jewelry, hair, nails, perfume, bags — these things cost money.

The incident sparked a big discussion across social media on how much money it costs to be considered a “presentable” woman in American society.

The reality is that many men do not consider nor know the costs for hair, makeup, skincare, and clothes that women are expected to swallow.

I regret to inform the Washington Times that women’s haircuts are, indeed, unconscionably expensive https://t.co/vL28jE2qm7

Sad to see democratic socialists like Bernie and @AOC do things like buy winter coats and get haircuts.

I realize writing about @AOC generates clicks and click generate ad revenue, but conservative media is beclowning itself covering her hair cut. These are serious times and this is not a serious issue. But gotta generate the clicks, I know, I know.

“Why won’t AOC get her hair cut like Jeff Sessions?” is certainly a take pic.twitter.com/sybZxjm26P

I don’t know if this applies to AOC, but there’s a racial component to this too. The default haircut caters to a white woman with straight hair, and women who don’t fit that need to pick a stylist carefully. There are lots of Latina customers at the curl friendly salon I go to.

1) this would obvs never be a story about a man

3) if her hair was raggedy, that would be the lead story instead

It’s incredibly expensive being a woman and until we change that, we’re going to have to spend a lot of money to look “presentable” in the eyes of the general public, and that’s an entirely different conversation.