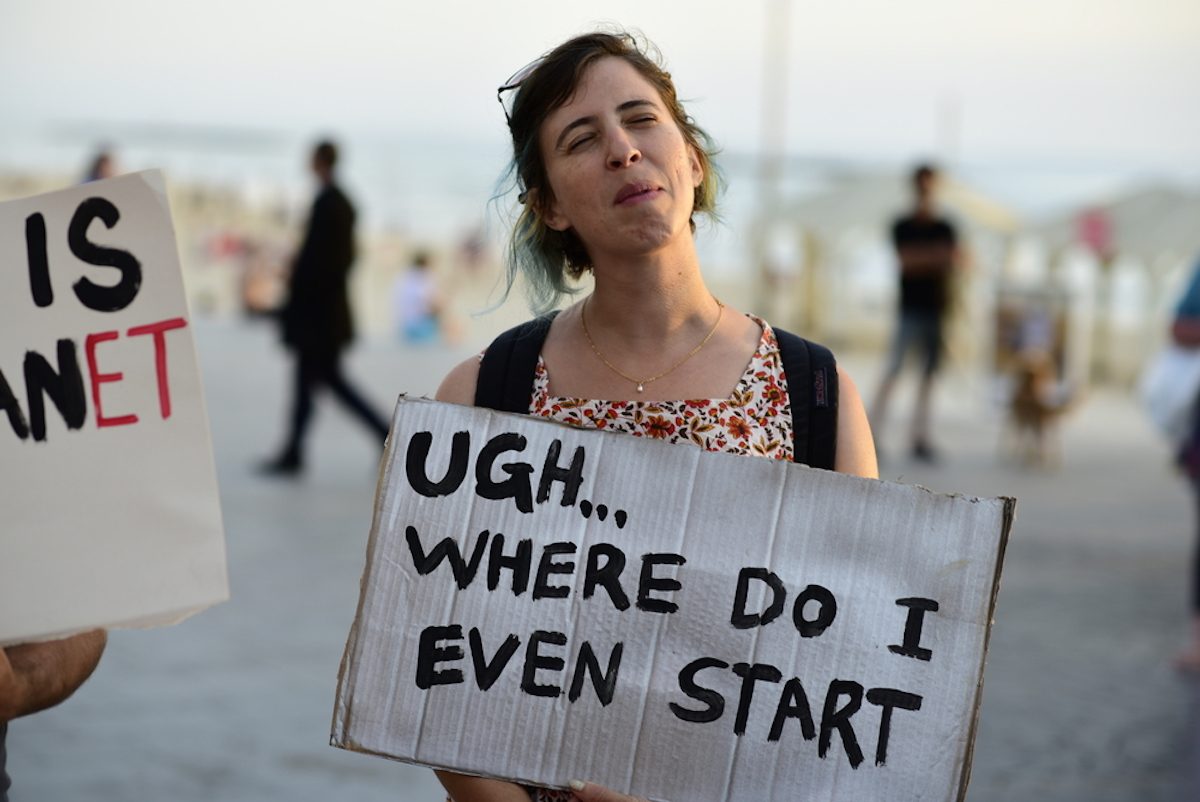 When the Trump administration’s policy blocking Title X funding from organizations that offer abortion services took effect, groups like Planned Parenthood knew they would take a hit. And this week, two clinics in Ohio—neither of which offer abortion care—were forced to shut down.

As a quick review, Title X funding is literally meant for groups that offer real, effective contraception and family planning services, and due to the Hyde amendment—a discriminatory law that prohibits federal funding from paying for elective abortions—abortion-providing groups like Planned Parenthood, and the independent clinics that provide the majority of abortions, already couldn’t use Title X funding for abortion services.

In other words, the domestic gag rule, as this policy is called, is almost certain to have the opposite effect to its supposed intent, slashing access to key preventative care and increasing rates of unwanted pregnancy and abortion as a result. (Research has already demonstrated that restrictions targeting abortion access have virtually no effect in terms of lowering abortion rates, while increased access to contraception and sexual health education do.)

And, of course, it’s poor, disproportionately women of color and families who will suffer the most from this systemic act of control over their reproductive decisions. From this vantage point, the domestic gag rule is far less about preventing abortions and far, far more about stigmatizing and differentiating abortion from all other health care, and shaming and controlling poor women.

Since the 2016 election campaign trail, Donald Trump and his team have promised the defunding of reproductive health groups as a top priority; the domestic gag rule is a reality we’ve long had to prepare for. With more clinics across the country likely to either be forced to shut down or struggle to continue serving their communities, donating to or learning about volunteer opportunities at your local independent or Planned Parenthood clinic have never been more urgently needed.

In case you forgot near-total abortion bans have been sweeping the country, your periodic reminder this week came in the form of a hearing in South Carolina’s state Senate on the proposed, so-called “fetal heartbeat” bill. The bill in question, currently still in Senate committee after a version of the bill passed the House, would essentially ban all abortions by banning abortion at a point before many people even realize they’re pregnant.

The hearings lasted for hours and saw several lengthy testimonies that represented a wide range of opinions on abortion care, to say the least. One testimony, as reported by the Post and Courier, saw a woman recount her decision to have a later abortion when an ultrasound revealed a critical brain defect in the fetus. Per the paper:

“I chose to end the pregnancy to avoid the possibility of my baby knowing only a short life outside of my body filled with pain,” said Layne, an educator from the Upstate. “I chose peace for Evan because it was the best decision for him, myself, my husband and his big brother.”

She added, “I shouldn’t have to share my personal experience with strangers in hopes that those who don’t already know it will finally realize that abortion is health care,” Layne said. “But here I am fighting on behalf of all women for basic health care rights. Nobody should have this personal decision made for them by politicians.”

Eight states have passed varying versions of the fetal heartbeat ban through their legislatures, though all have either yet to take effect, or have been roundly overturned in court, as the Roe v. Wade U.S. Supreme Court precedent maintains abortion as a constitutional right through the point of fetal viability. Suffice it to say, as “pro-life” as these bills’ authors claim to be, the enactment of these literal abortion bans would almost certainly result in increased maternal deaths, and criminalization and surveillance of women and pregnant people’s bodies.

Following the hearings, if South Carolina’s state Senate winds up passing the bill, it could become the next state following Georgia, Alabama, Louisiana, and others to pass an abortion ban into law.

In case you haven’t heard of abortion pill reversal laws, which have passed and taken effect in a handful of states since 2015, they require abortion providers to counsel patients seeking medication abortion services that they can “reverse” their medication abortion after it has begun with the first pill. According to the mandatory counseling, this can be achieved through an untested, unethical method that involves not taking the second of the two abortion pills, and consuming large amounts of progesterone every day after having taken the first pill.

As many reproductive rights advocates and health experts—including the American Medical Association, which has rarely gotten involved in legislation and politics—have pointed out, “abortion pill reversal” is little more than an experiment on women and pregnant people’s bodies, with grave potential dangers for the test subjects.

Thankfully, this week, a lawsuit against an abortion pill reversal law in North Dakota led to a federal judge blocking the law from taking effect. U.S. District Judge Daniel L. Hovland said it best when he wrote in his decision, “A law which mandates that physicians become mouthpieces for a false, misleading, and controversial ‘abortion reversal’ message would not survive any level of constitutional scrutiny.” He added that the law “violates a physician’s First Amendment protection against compelled speech.”

The decision lays bear a double standard in laws that compel speech from clinics and abortion providers. In 2018, a law that required anti-abortion “crisis pregnancy centers,” which pose as reproductive health clinics while offering no real health services and existing solely to spread lies about abortion, to provide information about abortion care was ruled as unconstitutional“compelled speech” in the NIFLA v. Becerra Supreme Court case.

This week’s decision on abortion pill reversal marks a critically important victory (although similar laws in other states will remain intact) with medication abortion very much on the rise; according to Guttmacher Institute, almost a third of all abortions are now medication abortions. The entire purpose of the unproven myth of “abortion pill reversal” is to spread the false narrative that those who have abortions necessarily regret and feel shame about their decision, necessitating such an option.

And while everyone is perfectly entitled to have their own experience with and feelings about their abortions, research has repeatedly shown the vast majority of women do not regret them.