Any Ant-Man Fans Out There? They’ve Got A Script Now, But He Will Not Be in The Avengers 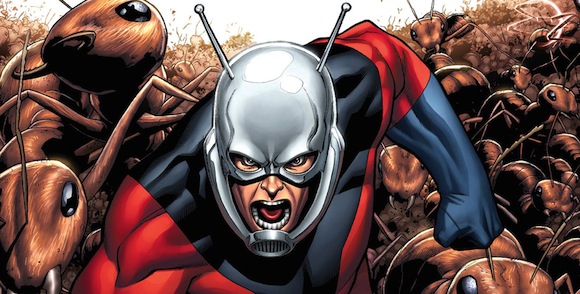 The folks in charge of delivering Ant-Man, alias Hank Pym, to the silver screen have officially submitted their script to Marvel Studios for green lighting.  Hank Pym has had a number of different aliases over the years, as his powers have shifted from getting small, to getting big, to, yes, talking to ants.

Oh, and by “folks in charge of Ant-Man” we mean the people who brought you Hot Fuzz. Intrigued yet?

And you know a creative team is committed when they’ve been working on it for ten years. Says Edgar Wright:

“Basically, when I met Kevin Feige I said, ‘Oh, did you ever get our ‘Ant-Man’ treatment?’ and he had never read it so we submitted it properly like four years later. So it’s something me and Joe have genuinely been working on for nearly a decade and at some point we’ll finish the script.”

However, this is the nail in the coffin for those hoping for an Ant-Man or Hank Pym appearance in The Avengers.

“The thing is, the script that I’ve written… the chronology of it or the way it works wouldn’t really fit in with what [The Avengers] do. And my film is very much an introduction to [Ant-Man], and so it wasn’t something where it felt right to introduce him in [Whedon’s] film.”

Ah well… it’s been a while since those rumors of Nathan Fillion as Hank Pym were swirling, I’d almost forgotten about them. Well, maybe we’ll get some kind of reference to Pym in what’s sure to be a movie full to the brim with phlebotium.