We Love Anne Hathaway, But Should She Be This Film's Barbie? | The Mary Sue

We Love Anne Hathaway, But Should She Be This Film’s Barbie? 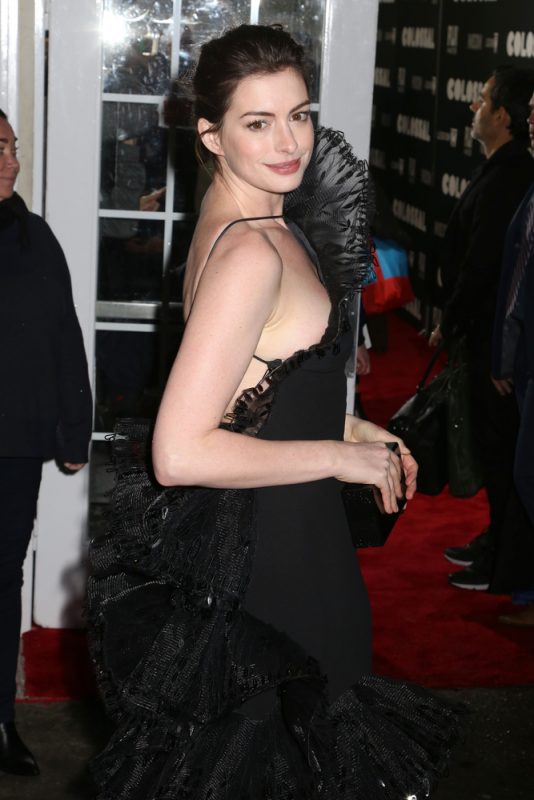 A while back, Amy Schumer was supposed to be starring in a movie called Barbie, a film about a woman who doesn’t fit into the world of Barbies. She dropped out of the project back in March, and while the film still hasn’t officially cast its new female lead, there’s an actress currently in talks for the role: Anne Hathaway.

According to /Film, Barbie is “intended to be a contemporary and feminist spin on the Mattel toy. [T]he script followed ‘a woman that slowly awakens to the fact that she doesn’t fit into the perfect land of Barbies and journeys to the real world, where she discovers that being unique is an asset. The fish-out-of-water tale is supposed to be in the vein of Big or Enchanted.'”

Now, Hathaway is certainly quite at home doing films that are quirky and magical. She is, after all, the titular princess in The Princess Diaries. However, it’s hard to imagine someone as “Hollywood attractive” as Hathaway being an outcast anywhere. I mean, I suppose they’ll be She’s All That-ing her the way they did in The Princess Diaries: 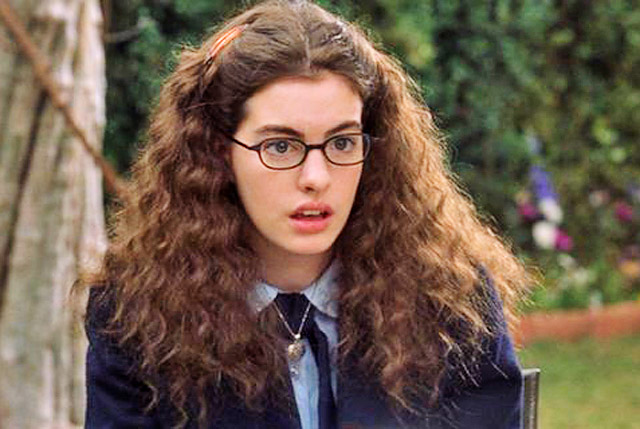 Because didn’t you know that Brunette + Glasses = Hideous Outcast?

And here’s the thing, it’s not as though Amy Schumer isn’t attractive either. However, her curvier body type has made her an “odd duck” according to Hollywood standards for her whole career. She’s called “plus-size” (when she actually isn’t). All her comedy is based on the fact that she’s not as “picture perfect” as Hollywood might have her be, even though she’s a blonde, conventionally attractive person. A role like this makes sense.

Then again, it doesn’t have to be all about looks, though generally when we’re talking about Barbie dolls and feminist takes, it often is. However, there are many ways in which one can be an outcast. One of the things that I love about Hathaway is that, whenever I’ve seen her speak at an event, or interact with others, she’s a huge dork. She’s a theater nerd. And, at least when she was younger, though not so much anymore, she had a gangly, awkward quality about her. Her “outcast” qualities are more internal, and she’s certainly a strong enough actress to deliver whatever internal life the character requires.

In any case, it’s good to see a female-led comedy with so much female talent being used in its creation. Hathaway has apparently hand-picked Australian director Alethea Jones for the project, who is best known for her 2012 Tropfest Award-winning short film Lemonade Stand, and the comedy Fun Mom Dinner starring Toni Collette. The screenplay is written by Kim Caramele and Diablo Cody, based on an earlier script by Lindsey Beer and Jenny Bicks. It also has two powerful female producers in Amy Pascal and Laurie MacDonald, with Walter F. Parkes rounding out the team. Mattel’s Richard Dickson is executive producing.

What do you think? Is Hathaway a good choice for this film, or are there other actresses you think might fit the bill a little better? Tell us in the comments below!