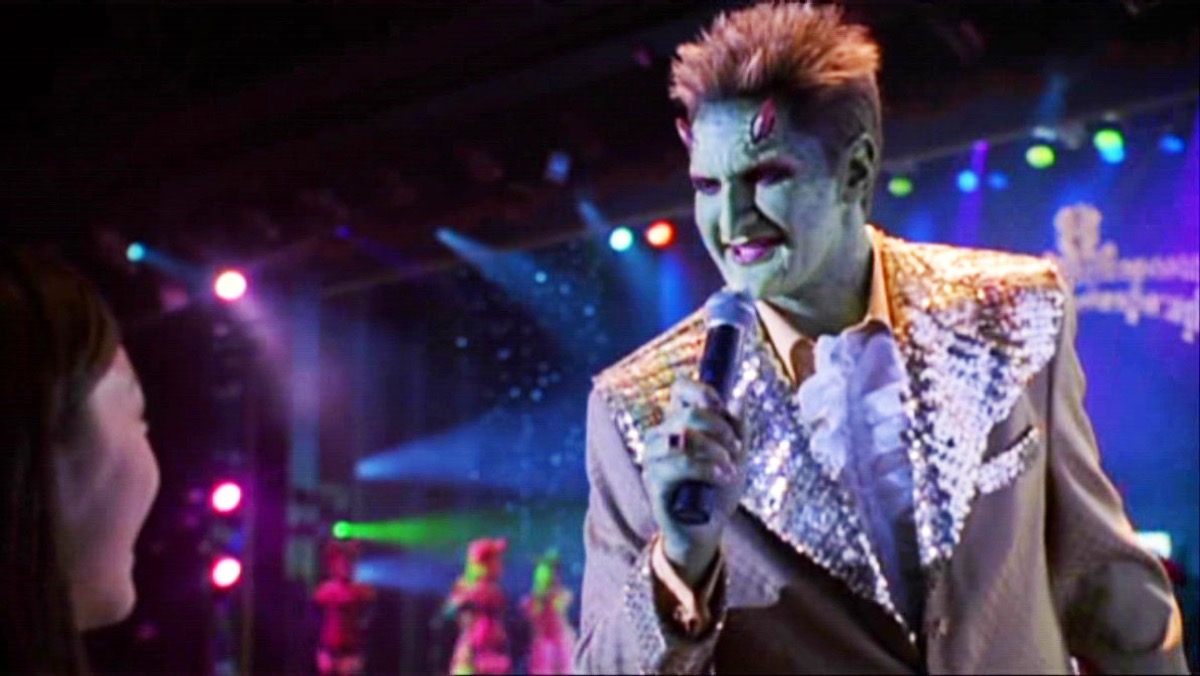 While Buffy the Vampire Slayer will always have a firmly cemented spot as an iconic piece of pop culture and one of the most memorable shows to come out of the 1990s, the same can’t quite be said about its sister show, Angel. Buffy enjoyed a seven-season run while Angel was (controversially) forced to a sudden halt after just five seasons, and despite having its own sect of diehard fans (myself included), Angel is generally remembered as a notable but often overlooked piece under the Buffy umbrella.

To overlook Angel, though, is to overlook some of the most charismatic, gripping, and well-written characters on television. Though the series certainly had its rough patches (cough, season four), it also turned out an incredible ensemble cast, each of whom deserve analysis in their own right. There’s the extraordinary transformation that Angel himself undergoes—from boring, broody vampire on Buffy to multi-faceted protagonist, and that isn’t even approaching the astounding arcs of characters like Cordelia, Wesley, Fred/Illyria, and even Spike.

But there’s one Angel character who stands out from the rest—both literally and figuratively—and he wasn’t even intended to exist in the first place. Though demons tend to get the pointy end of the stick in the Buffyerse, Andy Hallett’s fast-talking, aura-reading, green-skinned demon Lorne has stood the test of time and emerged as one of Angel’s most unlikely standouts with his infectious energy and quick wit. Though he may not have kicked ass like Angel or had massive emotional arcs like Cordelia, Lorne (and Hallett) was an indisputably crucial part of the magic of Angel—and a far too often overlooked character from the Buffyverse.

If you look at any Angel cast photos, Lorne sticks out like a sore thumb—among all the brooding stares, skintight leather, and black clothes, there he stands in gaudy three-piece suits in all colors of the rainbow, clashing spectacularly with his green skin, red eyes, and pointed horns. It should come as no surprise that Lorne wasn’t originally in the cards on Angel—until an executive producer saw Andy Hallett (who, at the time, was the personal assistant to the showrunner’s wife) singing karaoke at a bar. Hallett’s performance was so charismatic that he inspired the creation of a new character—a friendly empath demon who ran a karaoke bar, and could read the auras of patrons when they sang.

Though Hallett himself had never formally acted before (with the ironic exception of a role as in extra in the iconic Buffy episode “Hush”), his karaoke performance earned him the opportunity to audition for the role, and the rest was history—Krevlornswath of the Deathwok Clan (Lorne, for short) was born. Lorne first appeared in the season two opener “Judgement”—introduced in proper Buffyverse fashion with a truly incredible bait-and-switch moment involving Gloria Gaynor’s disco hit “I Will Survive”—and continued popping up every now and again to brighten up the dreary noir-esque portrait of L.A. until he was finally made a series regular in the back half of season four.

It’s easy to picture a scenario in which, played by a lesser actor, Lorne appears, brings the house down with a few fun musical numbers, and then disappears—his role somewhere on par with Buffy’s Clem. But Angel struck gold with the casting of Andy Hallett—who, despite his lack of formal experience, brought such nuance and depth to the role that it was virtually inconceivable that Lorne leave the series altogether. 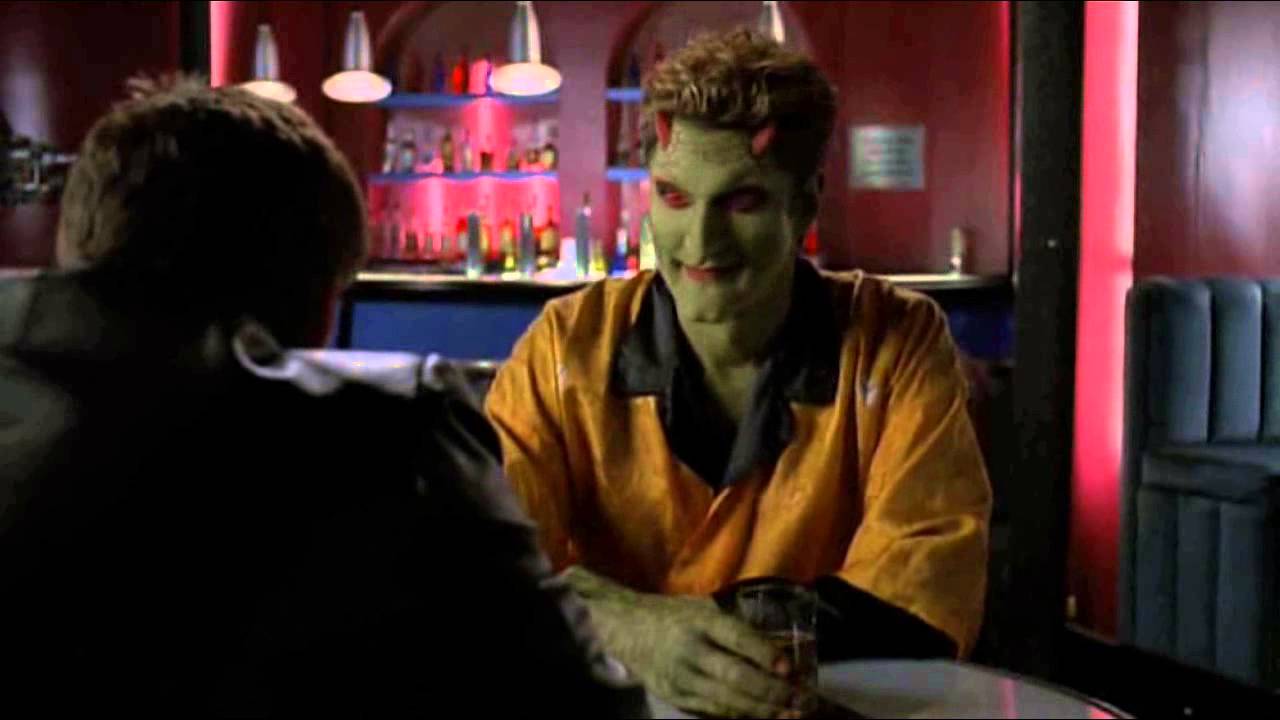 Granted, there are times when you can tell Lorne wasn’t intended to stick around for the long haul—because while he appears in 76 out of Angel’s 110 episodes (Hallett even picked up a Satellite Award nomination for best supporting actor), he’s the only major character who never gets a defined arc or any major deliberate development over the course of the series. In the hands of anyone else, this may have resulted in Lorne being a lackluster or one-note character, but through Hallett’s performance, the longer that Lorne stuck around, the better he got.

Beginning as the go-to guy whenever team Angel needed a lead on their latest case (or whenever the writers wanted David Boreanaz to sing Barry Manilow), Lorne slowly morphed from walking, talking plot device to a proper character in his own right, in huge part due to Hallett’s performance. Soon, we were getting more pieces of Lorne beyond his plot-related roles: a look into his family life during a visit to his home dimension of Pylea, as well as insights into his close bonds with Cordelia and, later, Fred.

But what’s so striking about Lorne, what makes him so magnetic onscreen, is the walking duality he represents. On the one hand, everything about him bleeds boisterous confidence—the bright skin, the garish suits, the snappy dialogue and the killer pipes. He never comes across as someone who’s insecure, unsure of himself, or sad, but in episodes like “Life of the Party,” we get a peek behind the curtain and learn that Lorne isn’t the happy-go-lucky demon he wants the world to think he is.

Redemption and fighting your personal demons have always been two of Angel’s core themes, and though his arc isn’t as overt as Angel’s or Wesley’s, Lorne embodies this to a T. Beneath his shiny veneer, there’s a heartbreaking image of self-hatred, depression, and hopelessness—not often brought to the viewer’s attention, but portrayed in subtle, heartbreaking ways in the shifts of Hallett’s body language or the exhausted look in his eyes.

Though the Angel series finale is rife with tragic character endings, Lorne’s is certainly one of the most depressing and brutal—Lorne, a lifelong pacifist and do-gooder, is forced to kill one of Angel’s enemies in cold blood, for no reason other than Angel needed somebody to get the job done, and Lorne just happened to be around. The scene where Lorne kills Lindsey is as shocking as it is heartbreaking—and Hallett’s stunning performance bleeds through, even underneath the layers upon layers of makeup and prosthetics.

But as moving as his darker moments were, it’s his frequent pearls of wisdom, pet names for Angel, and penchant for musical numbers that carved him a spot in my heart—and the hearts of countless other like-minded fans. Angel as a series is, by design, inherently darker than its predecessor Buffy, which means that when the show plays for humor, it needs to land—and whenever Lorne was present, the jokes always landed. He has the kind of natural energy and charisma that lights up a room. You can’t help but smile when Lorne’s around—a testament to Andy Hallett’s immense talent as an actor.

Sadly, though, Hallett passed away (as did fellow Angel actor Glenn Quinn) before he could reunite with the show’s cast for the 20th anniversary back in 2019. He died unexpectedly at 33 of heart failure—a tragic and far too premature death for an incredibly talented performer and a beautiful soul. He will always be fondly remembered for his unforgettable contributions to Angel and television history in the character of Lorne—a vibrant, colorful figure who could only have been portrayed by a man equally as lovable and charismatic.