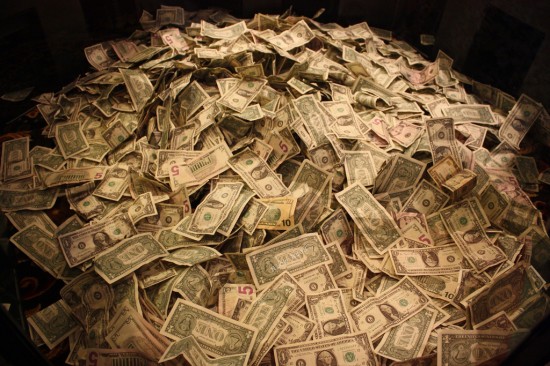 The Main Street Fairness Act, which would establish a national standard for sales tax on items purchased via the Internet, has now been introduced before congress. The bill, which we’ve discussed before, would not only ensure that states get their cut of commerce within their boundaries but also do away with the “use tax” — an estimated account of online purchases that (let’s be honest) taxpayers rarely report. But consumers might see some changes in the prices their used to paying online.

According to PC Magazine, Amazon has supported for the bill along with other major retailers. They quote Amazon CFO Thomas J. Szkutak during their second-quarter earnings call, saying:

“I think in terms of the sales tax issue in total, the way you should think about it, we support a federal simplified approach, as we have for more than 10 years,” Szkutak told analysts. He reiterated that Amazon thought that the tax issue was a “federal” one and that Amazon continued to work through those issues.

Amazon’s support of the bill may seem surprising, since the company has frequently fought efforts at the state level to collect taxes on Internet purchases. This could indicate that the company believes that some kind of tax deal will eventually be reached, and would rather have one law to contend with than a patchwork of laws in each state.

For cash-strapped states, the increase in tax revenue has the potential to be a huge boon. The bill’s co-sponsor senator Dick Durbin (D-IL) laid out some figures, again quoted from PC Mag:

In 2012, states across the country, including Illinois, are expected to lose as much as $24 billion in uncollected state and local taxes on internet and catalogue sales. From 2005 to 2010 the state of Illinois estimated it lost $153 million each year.

The bill might work out quite well for Amazon. According to Szkutak, Amazon already charges sales tax on over 50% of its worldwide business. And as we’ve previously discussed, much of the savings that Amazon offers come from not having to pay for the upkeep of physical locations and for maintaining an amazing logistics system.

Part of that system has been the careful placement of its fulfillment centers across the country. Many of these are placed such so as to avoid qualifying as a “nexus” and thus pay a state sales tax. If a federal solution normalized taxes across all the states, this could free Amazon to establish more, or more efficiently located, fulfillment centers. End users like you and me could see faster shipping, and possibly lower prices.

Of course, the bill faces opposition from other retailers — eBay most notably. Moreover, it will have to pass a congress already weary from a protracted debt-ceiling fight. In that battle, democrats were unable to raise support for additional taxes. It’s possible that support for this bill will hinge on Durbin’s assertion that it would not represent a new tax. He’s quoted as saying, “The Main Street Fairness Act doesn’t ask anyone to pay a single penny more in taxes. Instead, it would help governors and mayors collect taxes that are already owed.”

We’ll have to see if that will be enough to bring the bill through into law.