Amazon Cancels The Tick as Fans Rally to Save the Show 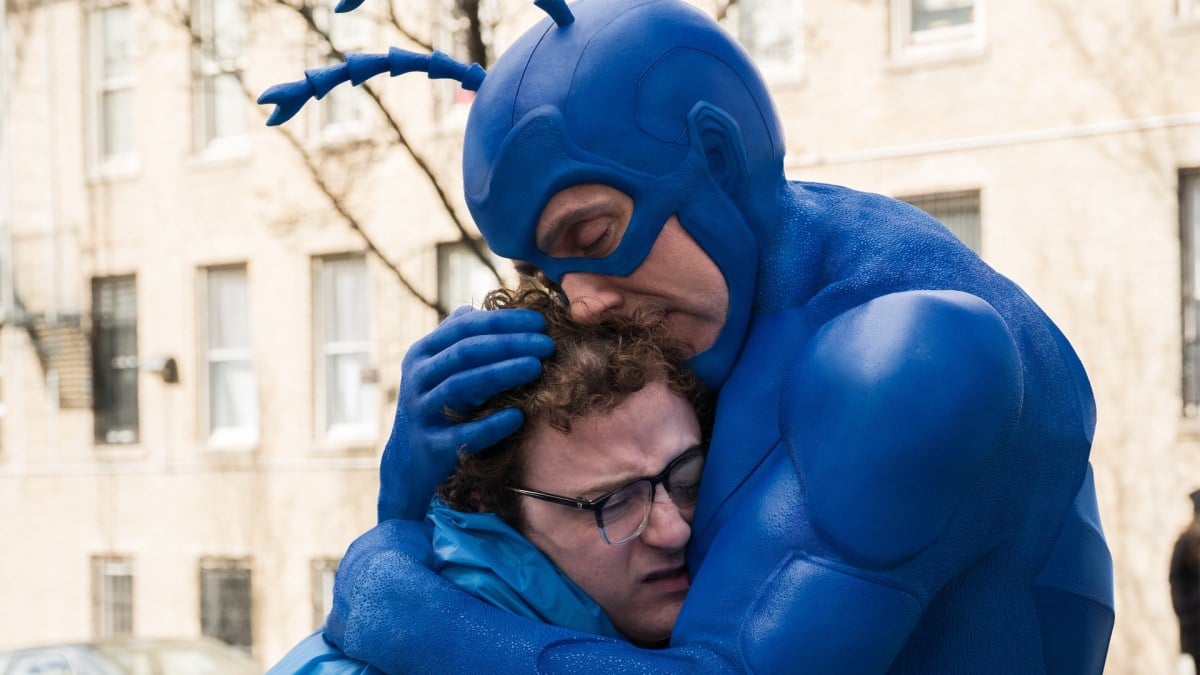 Aw spoon it all to hell: Amazon has canceled The Tick after two seasons. The superhero comedy series starred Peter Serafinowicz as the goofy, relentlessly upbeat blue hero The Tick, and Griffin Newman as his nebbish sidekick Arthur Everest aka The Moth. Creator Ben Edlund announced the news on Twitter:

Meanwhile thank u from my heart's bottom to all the fans who've shared their love with us and the show. Thank you sweet #LunaTicks and #LunaTickArmy for your militant affection :) We want to find a place to make more. That is the mission now and we are on it.

Despite the cancellation, the show’s stars are looking to revive the series on another network, as Newman assured fans that the series was “still alive”:

Our show is very much still alive at this moment! We’re all still under contract, and actively trying to find a new place to keep the show going! Fan demand is really what has the power to push us over the edge right now, so please be loud! It’s time to #SaveTheTick! https://t.co/zRvKDwxOzP

It used to be that cancellation was the death knell for a series, but in the world of endless streaming options and networks, shows can easily find a second life. Shows like Brooklyn Nine-Nine were saved by NBC and Lucifer just premiered its all new season on Netflix. But both shows began their journeys on network television, which affords a massive audience. The Tick doesn’t have the viewership or social media following of either show, which does not bode well for its future.

And that’s a shame, because Amazon’s offbeat absurd series is a hidden gem buried amongst the relentless onslaught of peak television we find ourselves living in. While the first season of The Tick had a slow start (which wasn’t helped by a truncated rollout), the second season has found its footing by expanding the show’s world and introducing fun new characters.

The series currently holds a 95 percent fresh rating on Rotten Tomatoes, thanks to the committed performances of its ensemble and its deft skewering of superhero tropes. In a sea of grim, gritty superhero tales, The Tick is breath of fresh optimistic air, which is something we all need more of.

After all, what other show boasts characters like Lobstercules or a sentient gay sea vessel known as Dangerboat? The Tick is one of the few series that successfully threads the needle of genre comedy, striking a tone that is tongue-in-cheek while anchored in a sincere love of superhero stories.

In a year where other genre comedies are getting the axe (Santa Clarita Diet, Future Man), The Tick‘s cancellation is a major loss. One can’t help but feel that the series was never given a proper shot, as publicity for the show paled in comparison to Amazon’s juggernaut series like The Marvelous Mrs. Maisel or The Man in the High Castle.

Here’s hoping The Tick lands on its feet and lives to save another day.