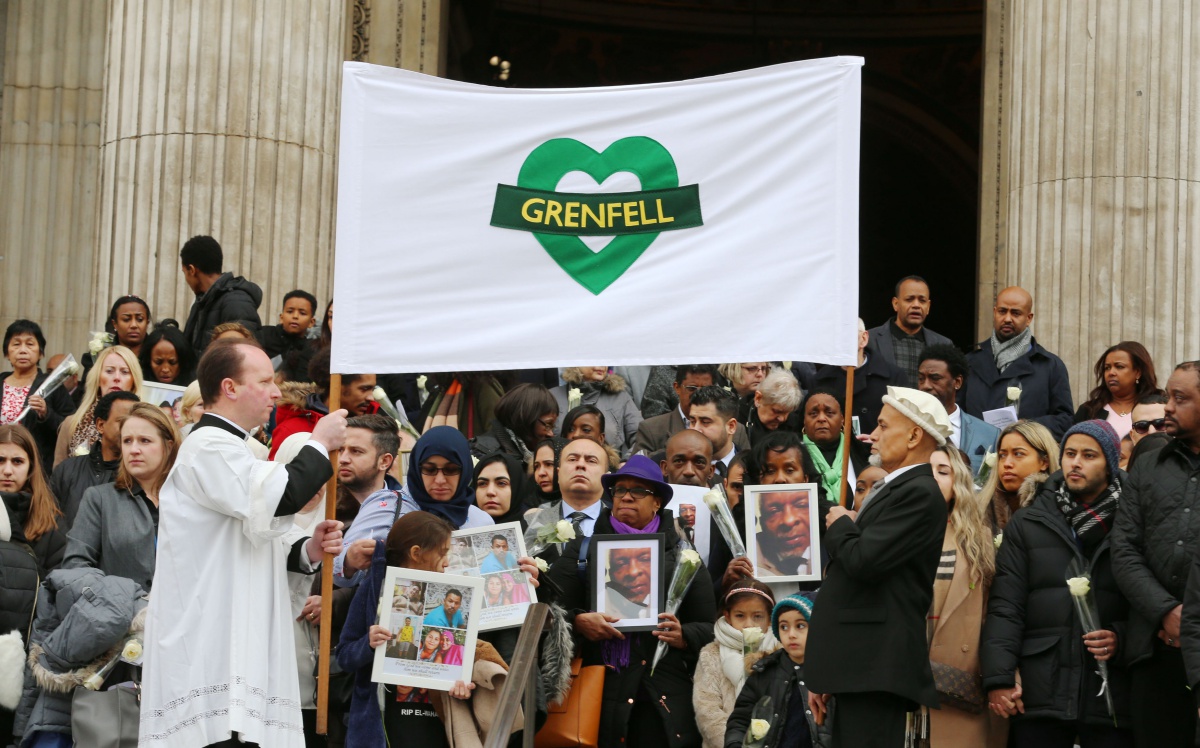 While I roll my eyes and sigh whenever I see something about Watchmen or V for Vendetta, that usually has nothing to do with the source material or the man behind the comics themselves, Alan Moore. Nothing but respect for my chaotic neutral genius.

However, there are people who read Moore’s books and the point goes so far over their head that I’m forced to adjust my geek girl classes and ask “Did you really read Watchman?” From the people who think Rorschach is a hero and take Moore’s writing in Watchmen to be a sign of his feelings for comics, in general, it can be hard to see the split between the creator and those who gather around him.

Yet when Moore shows who he is, there is no doubt that he is far, far from Rorschach.

Moore said he was “pretty much done” with comics two years ago, but came out of retirement to shame Boris Johnson over the Grenfell Tower fire. For those who don’t recall, the fire took place just over a year ago in London in a 24-story apartment complex called Grenfell Tower.

The fire is said to have been caused by a malfunctioning fridge on the fourth floor, that spread quickly because of the poor infostructure of the building. The fire caused 72 deaths, over 70 others were injured, and it left the 223 people who escaped totally unmoored. It is considered the worst UK residential fire since the Second World War.

The deaths included many children and the demographics of the people living in Grenfell Tower were majority working class and ethnically diverse, with many families from Moroccan and Somali backgrounds, according to the New York Times. 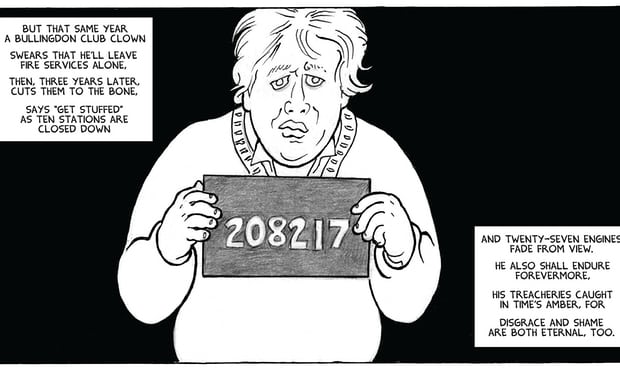 An illustrated poem, his comic, “If Einstein’s Right …”, touches on fragmentary moments from different lives and features a mug-shot image of Boris Johnson.

“That same year a Bullingdon club clown / swears that he’ll leave fire services alone, / Then, three years later, cuts them to the bone, / Says, ‘Get stuffed’ as ten stations are closed down,” writes Moore. “And twenty-seven engines fade from view. / He also shall endure forevermore. / His treacheries caught in time’s amber, for / Disgrace and shame are both eternal, too.”

The illustrations were done by Melinda Gebbie, Moore’s wife and a feminist comics artist and writer, in her own right.

24 Panels is, according to Kieron Gillen, the curator of the project, a “spiritual sequel” to 24 Stories. Like 24 Stories, all proceeds will go the Trauma Response Network, which works to support PTSD survivors, especially those affected by Grenfell.

“It didn’t just end there. With such a huge disaster, there’s a very long tail emotionally,” said Gillen in The Guardian. “The thing about a disaster like Grenfell is we see the images and we are very aware of the enormous immediate physical harm. What we don’t often think about is the shadow, as in how long it lasts, how people live with it forever. That’s why the work of people like the Trauma Response Network is so important and needs to be funded.”