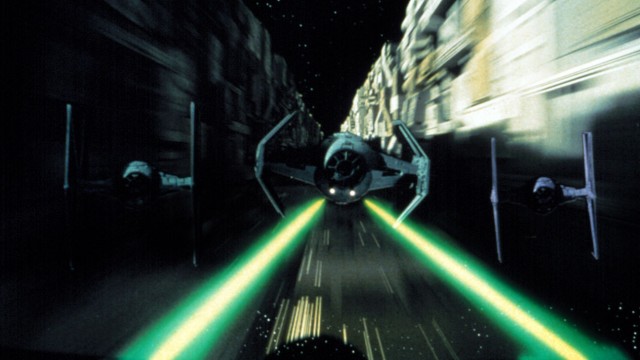 If you missed out on that massive Star Wars movie marathon that happened at theaters around the country for the release of The Force Awakens, here’s your shot to catch at least half of another run. The Alamo Drafthouse has just announced that they’re going on tour across the country to marathon the original trilogy back-to-back-to-back in a ton of different theaters. What’s special about this run is that they’re bringing along their traditional Drafthouse pre-shows and bonus content, which are fun videos, clips, and more that play before the movie. As well, they’re bringing along “props to bring the power of the Force to life, and other special surprises.” Oh, and contests, of course!

They’re encouraging fans to come dressed as Jedi or their favorite characters. It’s going to be a fan event run by people who understand fandom, and that’s pretty exciting in and of itself. Oh, and because I know you’re wondering, and because it matters: they’re showing the 1997 re-release version of the trilogy. If you aren’t aware of the changes, you should check out the Wookieepedia entry on changes for more info. One notable change is the Mos Eisley cantina change that triggered the “Han shot first” backlash. I don’t blame you if this affects whether you’ll visit this event or not, but I mean… at least it’s not the Hayden Christensen Return of the Jedi change, right? R… right?

Check out the list of cities and dates below, and tell us if you’re going! We’d love to see you there.

August 6 – Los Angeles, CA / The Theatre at the Ace Hotel

August 11 – Austin, TX / The Long Center for the Performing Arts

August 12 – Austin, TX / The Long Center for the Performing Arts

August 13 – Austin, TX / The Long Center for the Performing Arts