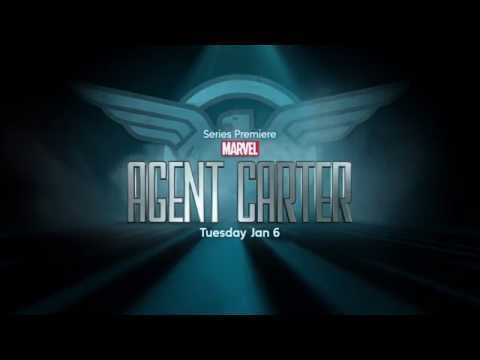 Now that Agents of SHIELD is on hiatus until March (sob), we’re looking forward to the launch of the Agent Carter mini-series in January more than ever. To keep you going through the Marvel-less holidays, they’ve just released the synopsis for the show’s two-hour season premiere on January 6.

The premiere is actually two back-to-back episodes entitled “Now is Now the End” and “Bridge and Tunnel” that focus on Carter’s attempt to clear Howard Stark’s name after one of his dangerous weapons is let loose into the world – for which people blame him (which you may have gleaned from this quick sneak-peek). Here’s the official

The two episodes, “Now is Not the End” and “Bridge and Tunnel” put Peggy Carter (Hayley Atwell) on a mission to clear Howard Stark’s (Dominic Cooper) name after he is framed for putting dangerous weapons out into the world.

In the episode “Now is Not the End,” Peggy is contacted by old acquaintance Howard Stark (Dominic Cooper, Marvel’s “Captain America: The First Avenger”) when he is framed for unleashing his deadliest weapons and can trust no one else. To help Peggy clear Stark’s name, he insists his butler, Edwin Jarvis, be at her beck and call–whether she likes it or not. But the risk is great: If caught, Agent Carter could be targeted as a traitor and spend the rest of her days in prison… or worse.

In the episode “Bridge and Tunnel,” Howard Stark’s deadliest weapon has fallen into enemy hands, and only Agent Carter can recover it. But can she do so before her undercover mission is discovered by SSR Chief Dooley and Agent Thompson?

“Now is Not the End” is directed by Louis D’Esposito, who directed the original Peggy Carter one-shot, and written by show creators Christopher Markus and Stephen McFeely (who have also written every Captain America film and Thor: The Dark World. Um, and Pain & Gain). “Bridge and Tunnel” is directed by Joe Russo, who you may know from directing such tiny things like Captain America: The Winter Soldier and the upcoming Captain America: Civil War, and written by Eric Pearson, who wrote the original Peggy Carter one-shot. They’re not scrimping on the Marvel talent for this series, that’s for sure.

Are you excited to see Peggy kick butt in her signature red lip on January 6?! We actually might be more excited for this than we are for Christmas.