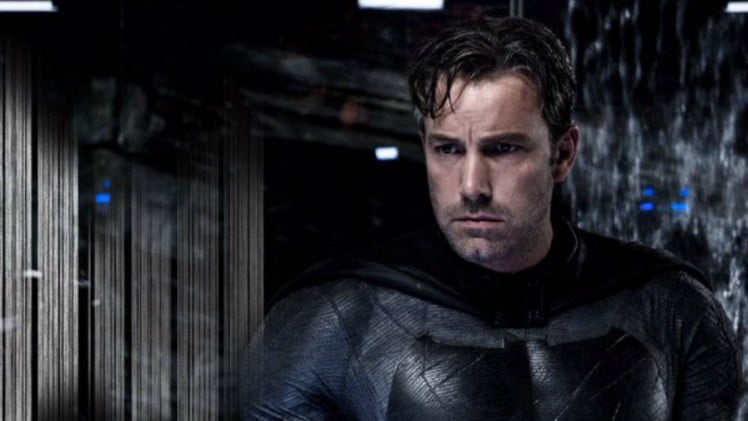 Even though Warner Brothers has reportedly shuffled its Justice League schedule to make room for Ben Affleck’s solo Batman film, Affleck himself emphasized that nothing is definite. Asked about the project in a recent Guardian interview, he said, “It’s not a set thing and there’s no script. If it doesn’t come together in a way I think is really great I’m not going to do it.”

The rest of the team at Warner Brothers seemed enthusiastic about the project. Back in May, Affleck’s script co-writer and DC Comics Chief Creative Officer Geoff Johns said Affleck was “amazing at dialogue” on Late Night with Seth Meyers. In November, actor Joe Manganiello, who was cast as Deathstroke in the film, praised Affleck’s vision and talents. “His take is a fresh take,” he said, “but I think the audience is going to be surprised. Because it’s a road that no one’s really gone down that’s completely integral to, you know, who Batman is…It’s going to take this franchise in a direction that I think A LOT of people are going to be really happy about. It’s going to be gritty and action-packed and cerebral and all of those elements that people love about Batman.”

“I mean, the last movie that man directed won Best Picture,” he continued, “He’s got an Oscar for writing…everything is lined up for a really really really great movie.”

Affleck, however, seems less sure–and, honestly, the critical reaction to Batman V. Superman: Dawn of Justice would’ve shaken anyone’s confidence. He’s also been working on the script with Johns for a few months now, so it’s possible there have been some major changes or changes of heart.

Whatever his involvement in the film ends up being, Affleck still seemed to find joy in playing The Bat. “[My son] Sam thinks his dad is Batman,” he told The Guardian. “That’s an incredible feeling.”