A Q&A With Imgur Founder Alan Schaaf | The Mary Sue

In the year since Imgur was founded by Ohio University undergrad Alan Schaaf on a shoestring, the minimalist image hosting site has sprouted into a hotbed of online culture (i.e. funny, anonymously posted pictures), with a dominant presence on social bookmarking sites like Reddit and Digg and almost 20 million pageviews served this past month.

This weekend, Schaaf announced — on Reddit, appropriately enough — that Imgur had added individual user accounts and paid pro accounts, though it’s still keeping in place its speedy process for anonymous submissions. The site is still quite a ways from becoming a Flickr or a Photobucket, but is that the direction it’s headed? Unlikely.

Recently, Mediaite swapped emails with Schaaf about the rise of Imgur, the impact that personal accounts will have on the site and its vibe, and — yes — his plans when he graduates from college in June: Our questions are bolded.

N.B.: For the uninitiated, the best place to get a sense of what Imgur’s community is all about is probably its gallery of popular images.

1) What has the response to Imgur Accounts been like since you launched the service? In your edits to your Reddit post, you mentioned that there has been a ton of weekend traffic; what have you seen in terms of usage, accounts created, and pro accounts created?

I’ve gotten extremely positive responses to the accounts: everyone really seems to like what I’ve done with them. There have been a couple of really good suggestions brought up that will improve the accounts even more, and I plan on releasing those pretty soon too. In the first 24 hours after the launch, there was just over 10,000 regular accounts created. Also, the amount of images uploaded daily since the launch has doubled, to about 30,000 images a day.

2) Tech question: you said that you coded for 14 hours a day through your 6-week winter break to create Imgur accounts. What was the most challenging part of making the upgrade? Are there any features or coding innovations that you are particularly proud of?

When I first released imgur a little less than a year ago, I had no plans for accounts or anything of that nature, so the structure of the site was very minimal. The most challenging, or time consuming, part of the upgrade had to do with refactoring a lot of the original site to make it more modular and easier to add onto in the future. One thing I’m particularly proud of is the ability to handle millions of requests and terabytes of outgoing bandwidth a day on very little hardware and funding; it’s an extremely fun challenge.

3) Do you think that associating clusters of images with individual users will change the vibe of Imgur at all? It seems that anonymity and privacy have always been big draws on the site.

I was very careful when creating the accounts to not let them interfere with the anonymity and privacy you get when using the site. All images by default are private, so the principle remains the same. You chose what images enter the public by sharing them around on the Internet, and this doesn’t change whether you share a single image or a group of images.

4) I’ll try not to rehash Domain Shane’s interview with you too much, but as you were transparent enough as to give Shane your usage stats, I have to ask: what have Imgur’s usage stats been like this past month?

The usage stats for things like bandwidth and image views can be seen on the site, but I’ll also include them here, along with some other stats measured by Google Analytics for the past 30 days:

5) Imgur links have a pretty dominant presence on Digg and Reddit, and the Reddit front page in particular is often chock full of links to your site. Given the number of image sharing sites around, why did Imgur grow into the phenomenon that it did? To what extent is it a function of a community deciding that they like something, and to what extent is it a reflection of Imgur’s technical features?

If someone from a community creates something new or interesting, other people from that community will check it out and give it a chance. Only when that thing is above the rest will people decide to switch to it, and as more and more people make that switch, the more it becomes an integral part of the community. So to answer your question more directly, the Reddit community decided they liked imgur because it’s simple, easy, and hassle free, but they gave it a chance because it was made by a redditor for other redditors. 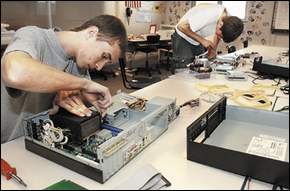 6) Though you said in your Reddit post that the monthly cost is mostly to cover your hosting fees, Imgur pro accounts obviously give you a new source of income. To what degree do you consider Imgur a hobby versus a business? Have you turned down any business opportunities people have pitched to you as being against the spirit of Imgur? Would you ever sell the site?

Imgur officially, according to the United States, became a business over the summer. But I’m not much of a business man, I just like working on cool things and I really enjoy knowing that every change I make on the site will be seen by millions of people. I suppose this is an instance where the difference between a business and a hobby isn’t exactly clear cut.

I have turned down several offers that are against the spirit of imgur, most of them being along the lines of embedding advertisements in the images or tricking/confusing the users somehow.

I’m young and there are many other opportunities out there for me, so I may sell imgur one day if the right offer came around, but I would have to be absolutely sure that the company shared the same views on software and user experience that I do.

7) You’re about to graduate from school, correct? Any idea what you’re going to do when you graduate?
Yes, this is correct. I plan on moving out to California, probably near San Francisco or Palo Alto, soon after graduation. Also, depending on how imgur turns out, I’d probably be looking for a real job around that time too. My email is [email protected] :)

Related: I’m the Imgur guy, ask me anything! [Reddit]