Happy Anniversary of Your Time in the '70s, Stony! | The Mary Sue 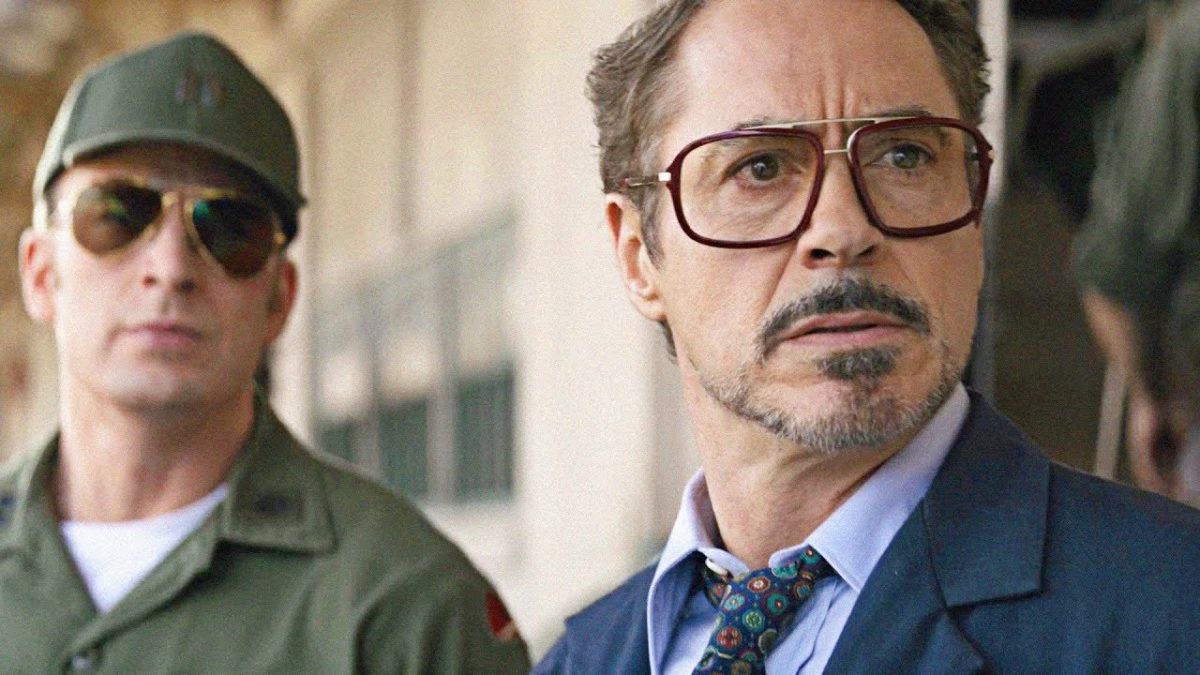 Something that the Marvel Cinematic Universe continually hinted at without exploring too deep was the connected past of Tony Stark and Steve Rogers. When they did explore it, we got my favorite Marvel movie, Captain America: Civil War. Since the start of Steve Rogers’ story, he was connected to the Stark family.

Howard Stark was directly responsible for Steve becoming Captain America, Howard helped him during World War II, and Howard looked out for Peggy after everything was said and done—or more like Peggy looked out for Howard, but you get the idea.

Peggy Carter clearly meant a lot to both Howard Stark and Steve Rogers, which means there’s no way that Tony Stark didn’t know her, too. That’s all beside the point, though. When it comes to the history that both Steve Rogers and Tony Stark shared, it all came to a head in Avengers: Endgame.

When Loki takes the space stone from them during the time heist and they feel stuck, it’s Tony and Steve talking in their own special history that makes them realize where they have to go. No, seriously though. That scene is just Steve and Tony barely giving facts and just talking memories at each other, and Scott Lang is in the background asking a million questions that they’re just ignoring. I love it.

Tony says “4/7/70” to Steve, and the two set their time-traveling GPS and jump back into their own stories, even if neither of them was there to begin with.

While I love Avengers: Endgame because it’s very Tony and Steve centric, there is something about this particular trip that I wish we could have explored more in the MCU. Clearly, Peggy and Howard still worked together throughout the years, right before Tony was born.

At first, this entire journey made me angry. It was a way of showing that Steve Rogers was still in love with Peggy Carter (do not get me started), and it made me feel like they were trying to excuse how terrible Howard Stark was to his son by brushing it under the rug with this scene.

But on a rewatch, it serves a greater purpose: It’s showing us that our heroes are not okay, and there are still things they need to unpack. I don’t like that Steve ultimately went back to spend his life with Peggy, but this scene pointed out that he hadn’t gotten closure on that part of his life.

For Tony, he realized what being a father really was and knew what not to do because of how his father treated him. But more importantly, I think that Tony Stark and Steve Rogers put their differences aside and used their shared history for the greater good for the first time in the entire Marvel Cinematic Universe, and I just wish we could have gotten more of that throughout all their movies together.