4 New Stories From a Galaxy Far, Far Away | The Mary Sue

4 New Stories From a Galaxy Far, Far Away to Pick Up 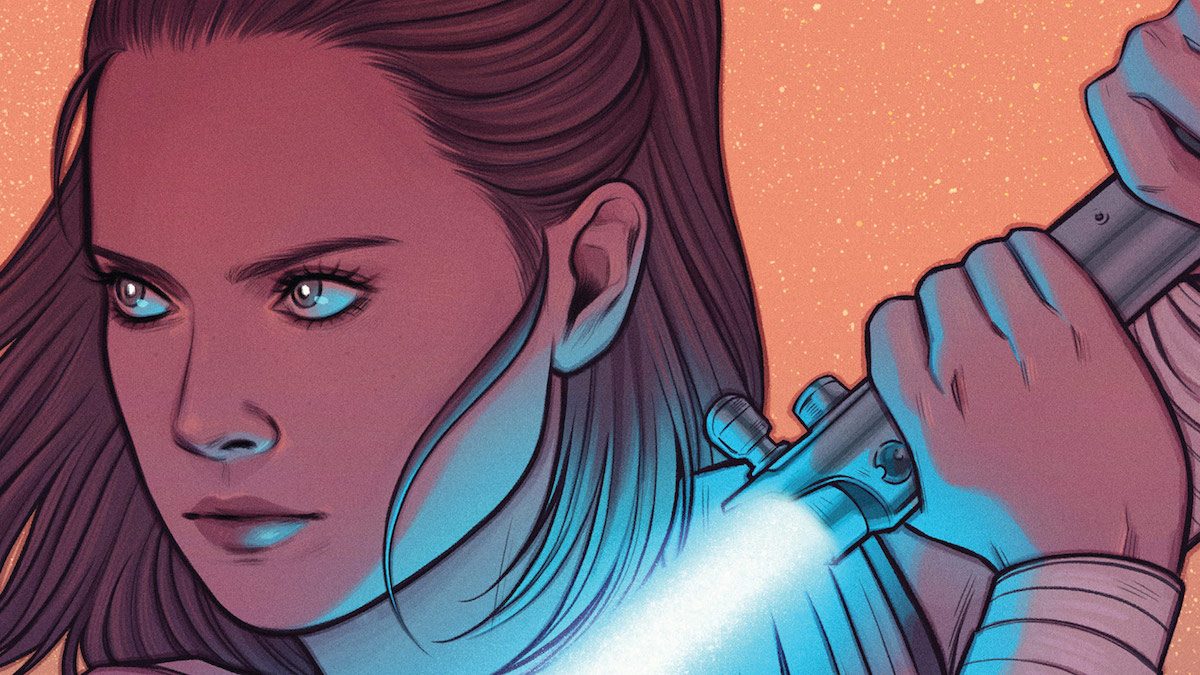 Even with the recent announcement that Lucasfilm was going to slow down on the saga extracurriculars when it comes to movies, it can be hard to keep up with the sheer output of the Star Wars franchise.

At New York Comic-Con, however, Disney-Lucasfilm Press Executive Director Michael Siglain gave attendees a quick primer on what’s new and upcoming in the world of Star Wars books, and I thought I’d share four that I’d like to pick up.

Christian Blauvelt’s Be More Vader is a tome of professional advice inspired by the Dark Side. There seems to be shades of Daniel Ortberg’s story in A Galaxy Far, Far, Away, featuring the middle management of the Empire, but in a more bite-sized and much more productive form.

Of course, it’s not all Vader; a smart apprentice learns lessons from many different leaders. There’s advice from My Forever Boy Sheev Palpatine on things like mentorship, and Supreme Leader Snoke on how to handle interns (which I’m going to guess means ruthlessly pitting them against each other and making sure they come preinstalled with issues?), all valuable lessons you can snatch from the jaws of the Dark Side and apply to your own life.

Be More Vader (and its companion volume Be More Yoda, for you Light Side folks) is available now.

Christopher Soule’s amazing Vader comic is sadly coming to an end after its 25th issue this December. But the comic book mantle of Vader will continue with Chuck Wendig’s upcoming Shadow of Vader, a five-issue miniseries set across the timeline, featuring Vader seen from different characters’ perspectives.

Wendig described the first issue as Vader going full Friday the 13th on a summer camp full of senators’ kids, so … I’M SOLD. Whaddya want, I’m going through horror movie adolescence after a lifetime of being a weenie and I love Anakin “Evil Trash Space Wizard” Skywalker.

My personal ~journey~ aside, though, I adore the concept of examining Vader through the lens of other characters. It’s a conceit that I’ve loved since I bought a copy of Wicked on a family trip to New York as a small monster, and Vader’s a perfect fit, as a character shrouded in mystery inside his own canon. We’ll also get another look at how Vader’s legacy affects Leia (after Bloodlines), as one issue will handle a pilot whose parents died at Vader’s hand discovering that Leia is his daughter.

Shadow of Vader will be coming in January 2019.

Is it cheating if this is technically 24 comics? The Age series is a trilogy of three eight-issue miniseries, focusing on one Star Wars trilogy: the prequels (the Republic), the originals (the Rebellion), and the sequels (the Resistance). Each issue will focus on one character from the era, with the eight issues evenly split between the sides of good and evil.

I will admit to getting a little choked up looking at the wraparound art featuring every era; I think it was because this is the first time since The Force Awakens was released that I’ve seen it all together in a way that made sense. Call me semantically sentimental, but it’s an approach that makes sense and gives me feels.

What I love about this concept is both its breadth and specificity. Alongside Luke and Leia, Rose, Phasma, and Padme will get their own issues. And keeping things narrowed down to one-shots means that writers Jody Houser, Greg Pak, and Tom Taylor will get to really dig into these characters without having to worry about setting up an ongoing. It sounds genius, and I can’t wait to pick up some of these.

The Age of the Republic begins this December.

Women of the Galaxy

Okay, I am not particularly a coffee table book kind of person, and yet, I desperately want Women of the Galaxy (please consider this a foghorn level hint to any wealthy gifters in my life, thank you, hi). I mean, it’s an obvious choice—ladies and Star Wars, my favorites!—but the focus of the project is just right up my alley.

Women of the Galaxy is meant to be an encyclopedia and entertaining compendium of female characters in Star Wars, coming in at 75 characters, including many book characters who haven’t had an official canon visual depiction beforehand. And all of them are illustrated by 18 women and nonbinary artists, bringing their own take on what makes these characters so powerful, alongside a celebratory profile written by Amy Ratcliffe.

Ratcliffe was visibly touched as she discussed the book, which tells me that she values the women of Star Wars as much as I do. I’m not ranking these, but this is the one I’m most excited about.

Women of the Galaxy will be released on October 30th.