In Retrospect, the 1990 IT Miniseries Is Terrifyingly Campy and Hilarious

There's room for two Pennywises in our hearts. 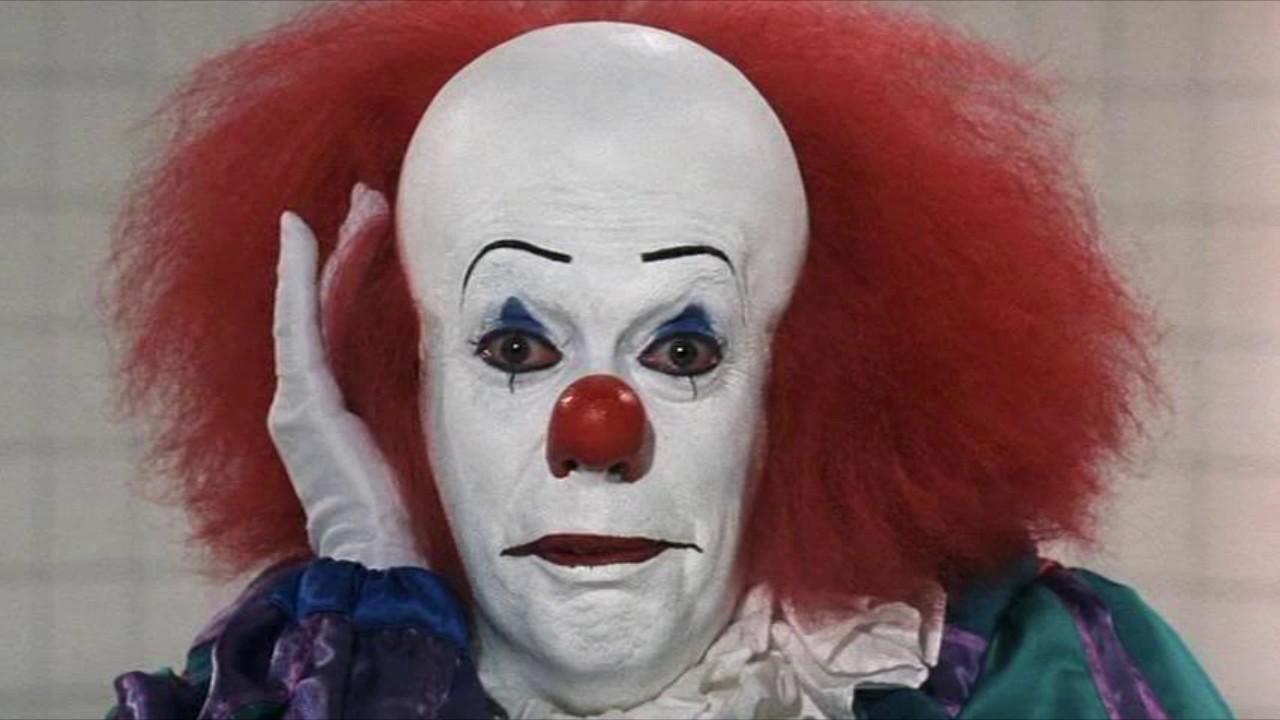 Long before Bill Skarsgård donned the wig and makeup to play Pennywise in the 2017 IT and upcoming 2019 IT Chapter Two, there was Tim Curry’s Pennywise. Wearing a Ronald McDonald-red wig and a multicolored suit, Curry terrified a group of kids and their adult selves (played by a variety of TV stars) in a 1990 miniseries adaptation of Stephen King’s iconic novel. When it came out, it might’ve been terrifying, but on reflection, it’s more camp than creep.

The first time I saw the miniseries, I was about twelve years old, and it scared the hell out of me. Watching it to prepare for the upcoming 2019 film is a bit of a different experience, because Pennywise’s razor teeth and a fake-looking werewolf aren’t quite so scary in adulthood. It becomes a bit of a comedy special, a hilarious adaptation that leans heavily into the weird aspects of the story for humor, though I’m sure it was intended to be very scary.

The best part of the miniseries is Tim Curry, because Curry seems to know exactly what kind of role he’s playing. He knows that, when he appears as the moon to haunt an older Henry Bowers or when he crawls out of a shower drain to taunt a young Eddie, he has to ham it up, because that’s what makes the role work. The film is over-the-top and ridiculous, so Curry’s work is right at home. It’s not quite as skin-crawling as Skarsgård’s Pennywise, but Curry is menacing in his own right. He’s also clearly having a blast.

Everyone else plays it a little straight, though Seth Green/Harry Anderson as Richie, and Dennis Christopher as grownup Eddie, seem to be having fun. I will credit the writers here; at least Mike (played by Marlon Taylor and Tim Reid) gets to have his actual role, rather than playing second fiddle while Ben gets to be town historian.

The writers of the series tried to jam a 1,100-page book into three hours, which is a bit of a herculean task, so they get a lot of the book’s beats in there while missing the actual context and heart. I respect them giving Mike the role he deserves, and that they tried to stick as close to some of the book’s timeline quirks as possible, but given that my favorite part of IT is that it’s a giant character study, the miniseries rattling through plot points as it tries to fit everything into three hours is not as good as the leisurely exploration of childhood trauma that the 2017 IT is.

The film is weird and bizarre in all the best ways. There are more balloons than you can count, and the adults are absolutely terrified of them. Pennywise dons many a frightening form; there’s no leper here, but a truly fake-looking werewolf chases Richie through a basement. The ending—spoilers—features a giant fake-looking spider that the surviving adults beat to death with a rock, and then rip the thing’s heart out. The CGI is early ’90s TV CGI, which means that it’s absolutely hilarious in hindsight.

Mostly, it’s just campy fun. The actors are overly dramatic in the best way. They never fully explain who, or what, Pennywise is. The CGI is bad, and the scares aren’t particularly scary, but it’s a fun watch for the sheer drama of Richard Masur’s severed head hamming it up in a fridge, or Tim Curry shrieking jokes as balloons descend from a library ceiling. If you need a palate cleanser after what’s sure to be the terror of IT Chapter Two, and you’re still clamoring for more Losers Club, it’s a fun group watch. You could even develop a drinking game for it, though if you drink every time there’s a balloon, you’ll probably die.