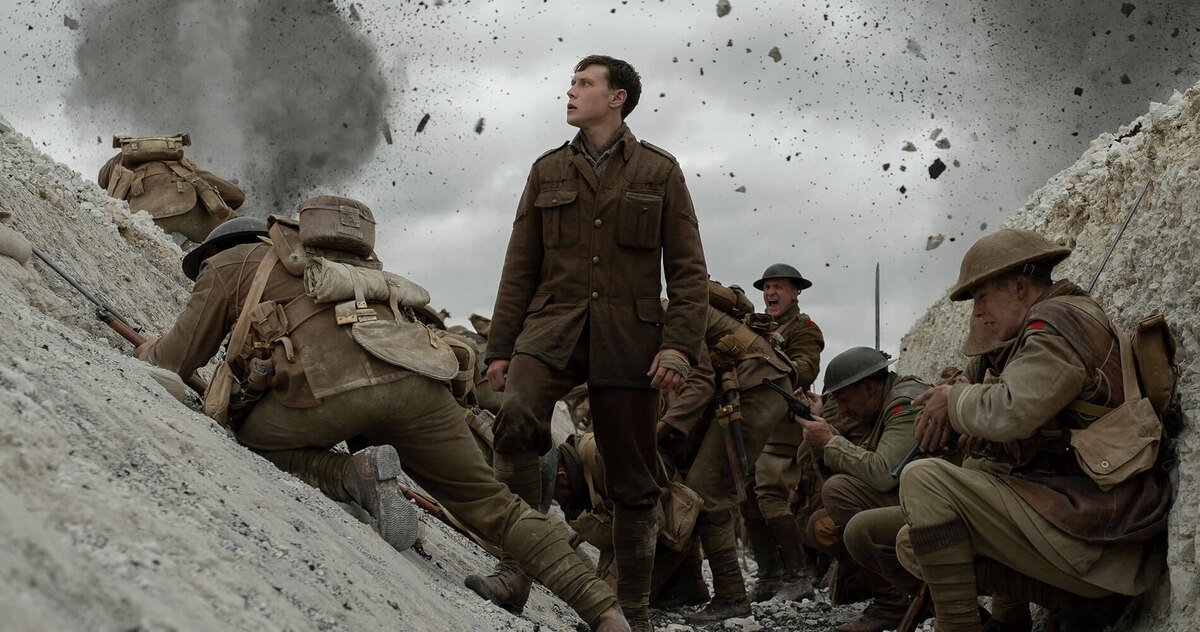 The idea of a war movie is something that makes so many of us groan, myself included. There was nothing to draw me in to see 1917 because the idea of watching a movie centered around the death and heartache of war in our current climate is not exactly something I want to immerse myself in for nearly two hours.

But then I was convinced to see it and was pleasantly taken up in a story of World War I that didn’t try to make “The Great War” into something other than a bloody battle where no one is really on the right side. With the movie’s focus on two soldiers who are trying to get a message to the other side, I never really cared much about them making sure their side won. I cared more about whether or not a soldier found his brother than any mission laid out before him.

That’s the design of the movie. There isn’t a glorifying of either side or a “they were in the right” mentality; it’s just all about the search for family. So often, we’re thrown into movies about war and see the side that won held to a higher esteem than the other, but what 1917 does is show the fear that ran through all men fighting, on both sides, and how, despite following a British duo, we still see the fear that came from all the soldiers who were just told one objective and meant to follow it.

The story follows Lance Corporal Schofield (George MacKay) and Lance Corporal Blake (Dean-Charles Chapman) on a mission to tell a different troupe that their mission is a trap. They have one day to get there, and throughout the journey of war, they are thrown into danger all because Blake is told that his brother is part of the battalion heading into the trap.

There is a part of this movie that makes you realize that it isn’t really about stopping the mission or saving the soldiers, but rather, about the family that the Blake boys have. Without giving too much away, there are so many moments that show the humanity of both sides of the war—that these were just boys who got thrown into battle without really knowing why they were fighting in the first place.

That brings up the message of war and how, no matter who wins, it is a terrible thing for everyone. There isn’t a glorification of war, but rather, we see that the fear runs so deep that they don’t care who they’re fighting; they just know that they have to. When a German plane crashes, Blake and Schofield go back and forth on whether or not to kill the soldier who survived, struggling with their humanity and their fear of what will happen if they don’t, and in that moment, it’s obvious that it isn’t about whose side you’re own or what war really is; it’s just about the struggle of trying to survive this fight that none of them should be in in the first place.

Filmed in one continuous shot set in nearly real-time (there are lapses in consciousness from Schofield that pass the time quickly), we’re in the thick of it as the audience, and again, not in a way that makes it seem like something desirable or glorious. It’s blood and death, and there isn’t a moment of reprieve.

1917 hits theaters January 10th, and for one of the first times in my life, I’m suggesting that people go and see a war movie. There is just something about this journey, about the need for Lance Corporal Schofield to find Lt. Joseph Blake. It’s something that I would see again and again.