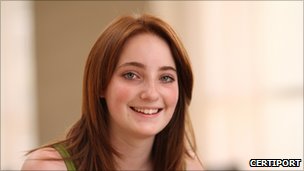 Rickwood was, of course, ecstatic about the win. “It’s a day I’ll never forget,” she told the BBC. Her Microsoft Excel coach, who is a Microsoft Excel coach, was thrilled as well, saying “I don’t know who was more excited, [her father] or me!” Of course, this victory did not come without hard work and training montages. Rickwood reached her peak by practicing at lunch-time and after school, presumably only taking time to relax by coding a quick database in Microsoft Access. According to one of Rickwood’s teachers, her classmates, who also know that this competition exists, are extremely proud of her.

While the hours of practice were doubtless important to Rickwood’s success, she also appears to have bizarrely specific, but innate talent. She was invited to compete in the global event after achieving a perfect score during a smaller online competition. She achieved a perfect score in the global competition as well. Rickwood’s proficiency with Excel suggests prodigy-level skill with math and she will probably go on to do great things after mastering Powerpoint and Outlook. All joking aside though, congratulations to Rebbeca Rickwood, whose ability to discover and then win this competition at such a young age is truly inspiring. I’ll be surprised if I’ve accomplished something even half as impressive by the time I’m twice her current age.