13 Republicans Who Voted for Bipartisan Infrastructure Bill Have Been Flooded With Harassment, Death Threats 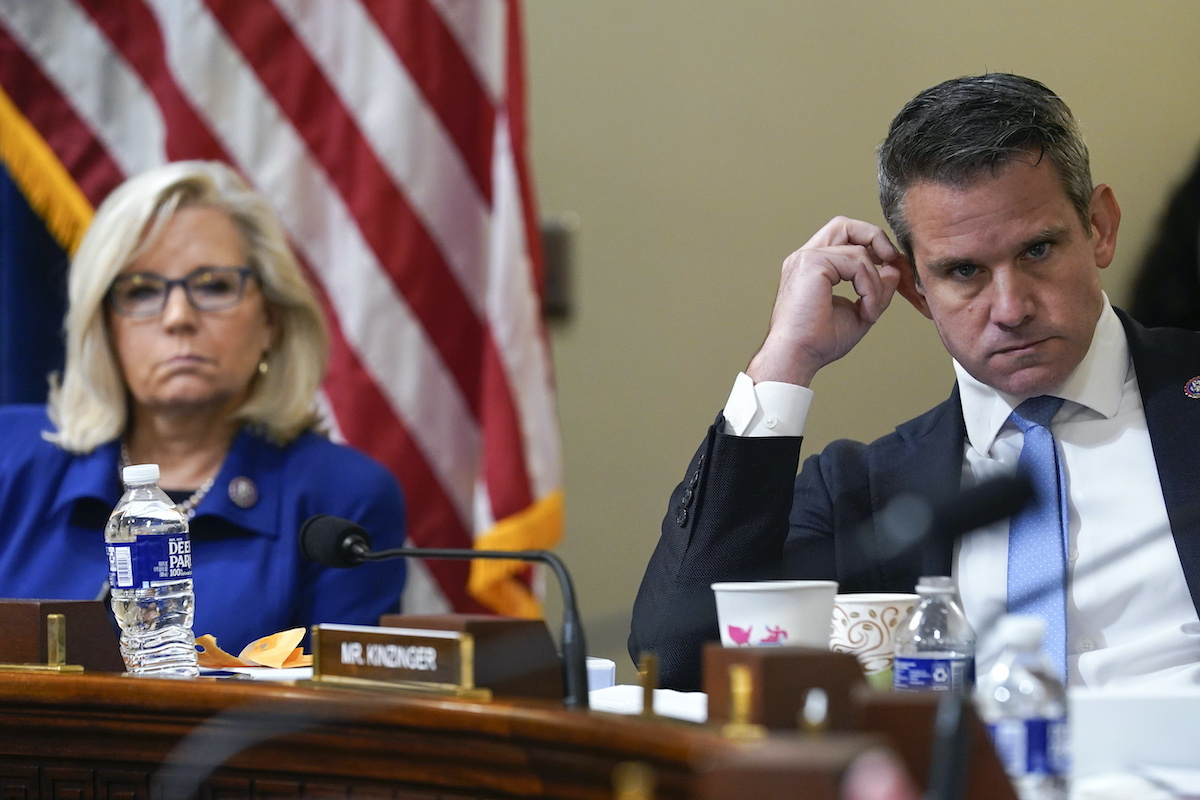 Infrastructure is supposed to be one of the last truly bipartisan issues. Investing in things like roads and bridges—and even high-speed internet, which people are finally starting to recognize as an essential component of modern infrastructure—is so basic and beneficial, it’s not supposed to be controversial in the slightest.

But the 13 House Republicans who recently voted in favor of President Biden’s infrastructure bill have had their offices flooded with viciously angry calls.

“One caller instructed Representative Adam Kinzinger of Illinois to slit his wrists and ‘rot in hell,'” writes the New York Times. “Another hoped Representative Don Bacon of Nebraska would slip and fall down a staircase. The office of Representative Nicole Malliotakis of New York has been inundated with angry messages tagging her as a ‘traitor.'”

As the Times notes, the overwhelming majority of these calls, of which there have been hundreds or more per office, came from people outside of the lawmakers’ congressional districts. Moreover, most of them expressed anger over the wrong bill, stating complaints with parts of Biden’s Build Back Better social spending package—a completely separate bill.

It’s young, underpaid staffers who are having to field these angry calls. And the callers are not exactly interested in reason or honest discussion.

“Attempts by congressional aides to explain that the programs being criticized are not actually contained in the infrastructure bill have been shrugged off by the callers, whose main preoccupation appears to be their fury that any Republican had voted for a bill championed by Mr. Biden,” writes the Times.

Those callers have gotten plenty of fuel for their misplaced anger from Republican lawmakers and other political figures. Marjorie Taylor Greene called her 13 colleagues “traitors” on social media and posted their office phone numbers. Matt Gaetz put the infrastructure vote on par with voting to impeach Donald Trump as a “key vote” for testing Republicans’ party loyalty. Lauren Boebert called the 13 representatives “RINOs”—”Republicans in name only.”

Donald Trump weighed in with a public statement this week, asking “Why is it that old crow Mitch McConnell voted for a terrible Democrat socialist infrastructure plan, and induced others in his party to do likewise when he was incapable of getting a great infrastructure plan wanting to be put forward by me and the Republican Party?”

And Trump’s former Chief of Staff Mark Meadows went on Steve Bannon’s podcast to say that those 13 Republicans should be stripped of their committee assignments because by voting for the infrastructure bill, they had “voted for Joe Biden.”

Notably, these figures, along with the House GOP leadership that encouraged representatives to vote no on the bill, “have made few substantive policy arguments against the plan,” writes the Times. Like the callers berating those reps’ staffers, they seem to just be against the bill in broad principle, based solely on the fact that it’s a Democrat-led bill—never mind the fact Republicans helped shape the bill through bipartisan negotiations, or that the bill had a large amount of Republican support in the Senate.

Remember how right after Biden took office, Republicans and conservative media figures attacked him for not yet having followed through on his promises of “unity”? Remember how they pretended to be concerned about divisive politics and breathlessly accused Democrats of refusing to reach out and try to work with Republicans?

This is why that was always nonsense.

As Rep. Adam Kinzinger—one of the 13 Republicans to vote for the bill, pictured above—said in a statement, “This bipartisan package contains significant investments for roads, bridges, rails, seaports, airports and inland waterways—core infrastructure most Americans agree are in need of improvement.”

But because Biden supports it, Kinzinger is getting death threats. The system is entirely broken.