10 Romance Novels We Are Super Excited About in 2020 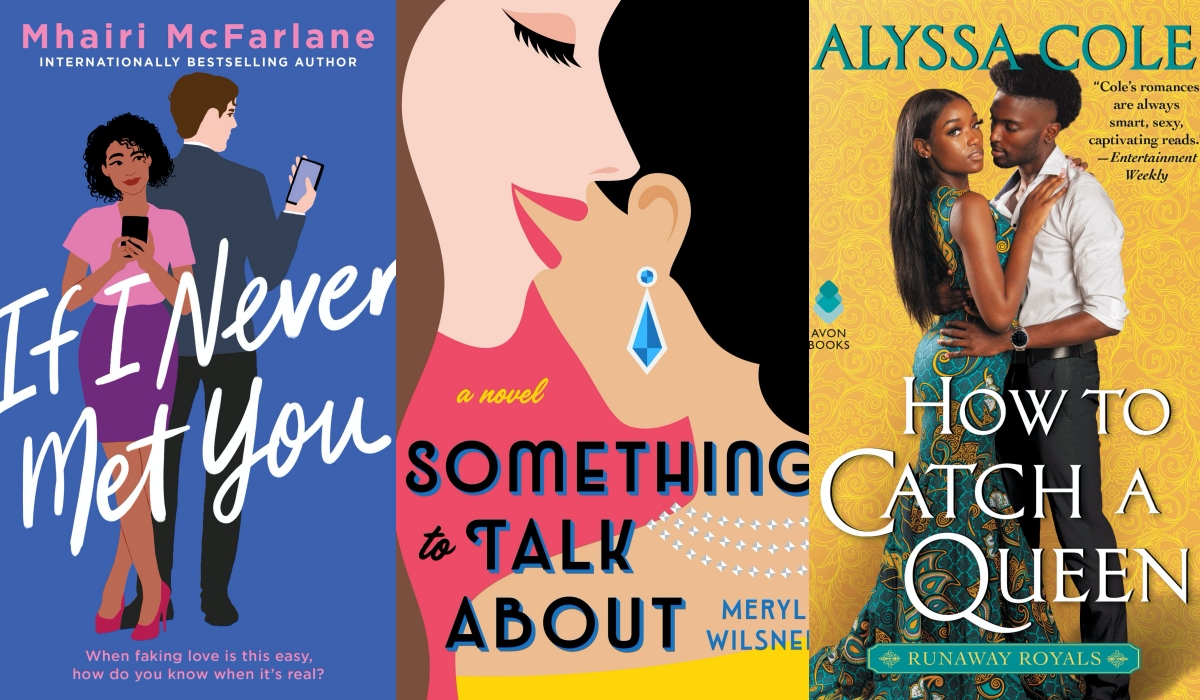 New year, new opportunities to fall in love with fictional characters and their loves. Much safer than actually deciding to go out and date people because, ugh, gross, no thank you. 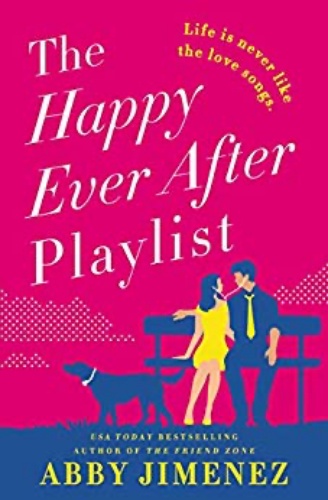 “Two years after losing her fiancé, Sloan Monroe still can’t seem to get her life back on track. But one trouble-making pup with a “take me home” look in his eyes is about to change everything. With her new pet by her side, Sloan finally starts to feel more like herself. Then, after weeks of unanswered texts, Tucker’s owner reaches out. He’s a musician on tour in Australia. And bottom line: He wants Tucker back.

Well, Sloan’s not about to give up her dog without a fight. But what if this Jason guy really loves Tucker? As their flirty texts turn into long calls, Sloan can’t deny a connection. Jason is hot and nice and funny. There’s no telling what could happen when they meet in person. The question is: With his music career on the rise, how long will Jason really stick around? And is it possible for Sloan to survive another heartbreak?” 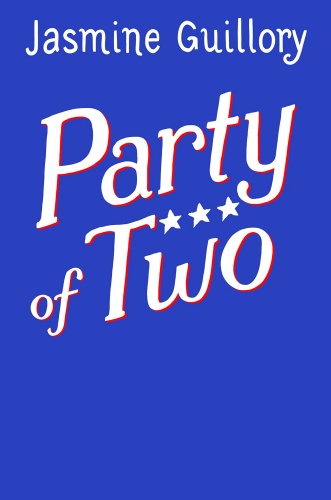 “A chance meeting with a handsome stranger turns into a whirlwind affair that gets everyone talking.

Dating is the last thing on Olivia Monroe’s mind when she moves to LA to start her own law firm. But when she meets a gorgeous man at a hotel bar and they spend the entire night flirting, she discovers too late that he is none other than hotshot junior senator Max Powell. Olivia has zero interest in dating a politician, but when a cake arrives at her office with the cutest message, she can’t resist—it is chocolate cake, after all.

Olivia is surprised to find that Max is sweet, funny, and noble—not just some privileged white politician she assumed him to be. Because of Max’s high-profile job, they start seeing each other secretly, which leads to clandestine dates and silly disguises. But when they finally go public, the intense media scrutiny means people are now digging up her rocky past and criticizing her job, even her suitability as a trophy girlfriend. Olivia knows what she has with Max is something special, but is it strong enough to survive the heat of the spotlight?” 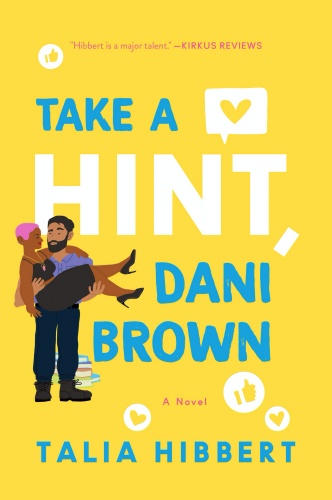 Danika Brown knows what she wants: professional success, academic renown, and an occasional roll in the hay to relieve all that career-driven tension. But romance? Been there, done that, burned the T-shirt. Romantic partners, whatever their gender, are a distraction at best and a drain at worst. So Dani asks the universe for the perfect friend-with-benefits―someone who knows the score and knows their way around the bedroom.

When brooding security guard Zafir Ansari rescues Dani from a workplace fire drill gone wrong, it’s an obvious sign: PhD student Dani and ex-rugby player Zaf are destined to sleep together. But before she can explain that fact, a video of the heroic rescue goes viral. Now half the internet is shipping #DrRugbae―and Zaf is begging Dani to play along. Turns out, his sports charity for kids could really use the publicity. Lying to help children? Who on earth would refuse?

Dani’s plan is simple: fake a relationship in public, seduce Zaf behind the scenes. The trouble is, grumpy Zaf’s secretly a hopeless romantic―and he’s determined to corrupt Dani’s stone-cold realism. Before long, he’s tackling her fears into the dirt. But the former sports star has issues of his own, and the walls around his heart are as thick as his… um, thighs.

Suddenly, the easy lay Dani dreamed of is more complex than her thesis. Has her wish backfired? Is her focus being tested? Or is the universe just waiting for her to take a hint?” 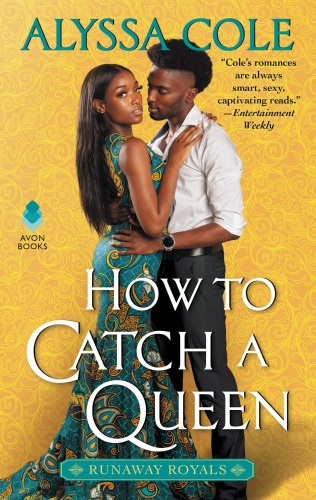 “When Shanti Mohapi weds the king of Njaza, her dream of becoming a queen finally comes true. But it’s nothing like she imagined. Shanti and her husband may share an immediate and powerful attraction, but her subjects see her as an outsider, and everything she was taught about being the perfect wife goes disastrously wrong.

A king must rule with an iron fist, and newly crowned King Sanyu was born perfectly fitted for the gauntlet, even if he wishes he weren’t. He agrees to take a wife as is required of him, though he doesn’t expect to actually fall in love. Even more vexing? His beguiling new queen seems to have the answers to his country’s problems—except no one will listen to her.

By day, they lead separate lives. By night, she wears the crown, and he bows to her demands in matters of politics and passion. When turmoil erupts in their kingdom and their marriage, Shanti goes on the run, and Sanyu must learn whether he has what it takes both to lead his people and to catch his queen.” 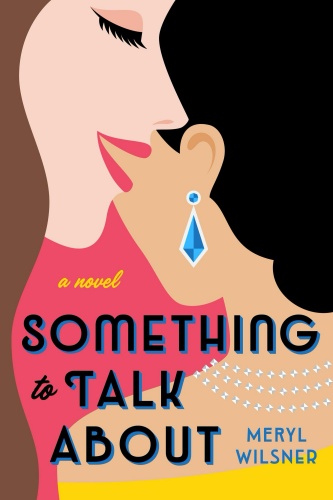 “A showrunner and her assistant give the world something to talk about when they accidentally fuel a ridiculous rumor in this debut romance.

Hollywood powerhouse Jo is photographed making her assistant Emma laugh on the red carpet, and just like that, the tabloids declare them a couple. The so-called scandal couldn’t come at a worse time—threatening Emma’s promotion and Jo’s new movie.

As the gossip spreads, it starts to affect all areas of their lives. Paparazzi are following them outside the office, coworkers are treating them differently, and a “source” is feeding information to the media. But their only comment is “no comment”.

With the launch of Jo’s film project fast approaching, the two women begin to spend even more time together, getting along famously. Emma seems to have a sixth sense for knowing what Jo needs. And Jo, known for being aloof and outwardly cold, opens up to Emma in a way neither of them expects. They begin to realize the rumor might not be so off base after all…but is acting on the spark between them worth fanning the gossip flames?” 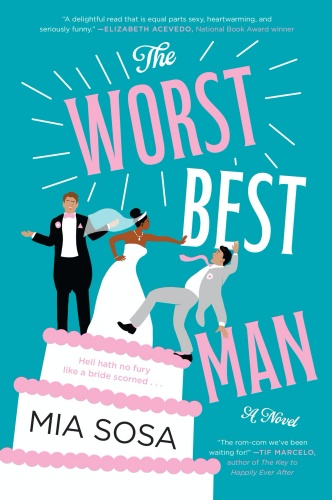 “A wedding planner left at the altar? Yeah, the irony isn’t lost on Carolina Santos, either. But despite that embarrassing blip from her past, Lina’s offered an opportunity that could change her life. There’s just one hitch… she has to collaborate with the best (make that worst) man from her own failed nuptials.

Marketing expert Max Hartley is determined to make his mark with a coveted hotel client looking to expand its brand. Then he learns he’ll be working with his brother’s whip-smart, stunning—absolutely off-limits—ex-fiancée. And she loathes him.

If they can nail their presentation without killing each other, they’ll both come out ahead. Except Max has been public enemy number one ever since he encouraged his brother to jilt the bride, and Lina’s ready to dish out a little payback of her own.

Soon Lina and Max discover animosity may not be the only emotion creating sparks between them. Still, this star-crossed couple can never be more than temporary playmates because Lina isn’t interested in falling in love and Max refuses to play runner-up to his brother ever again…” 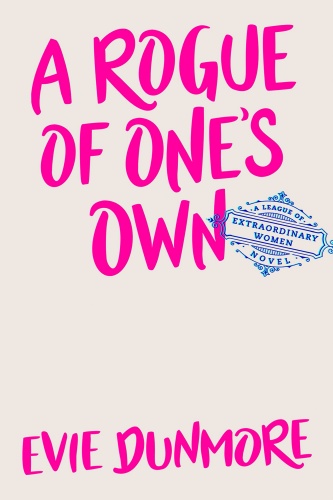 “A lady must have money and an army of her own if she is to win a revolution—but first, she must pit her wits against the wiles of an irresistible rogue bent on wrecking her plans…and her heart.

Lady Lucie is fuming. She and her band of Oxford suffragists have finally scraped together enough capital to control one of London’s major publishing houses, with one purpose: to use it in a coup against Parliament. But who could have predicted that the one person standing between her and success is her old nemesis and London’s undisputed lord of sin, Lord Ballentine? Or that he would be willing to hand over the reins for an outrageous price—a night in her bed.

Lucie tempts Tristan like no other woman, burning him up with her fierceness and determination every time they clash. But as their battle of wills and words fans the flames of long-smouldering devotion, the silver-tongued seducer runs the risk of becoming caught in his own snare.

As Lucie tries to out-manoeuvre Tristan in the boardroom and the bedchamber, she soon discovers there’s truth in what the poets say: all is fair in love and war…” 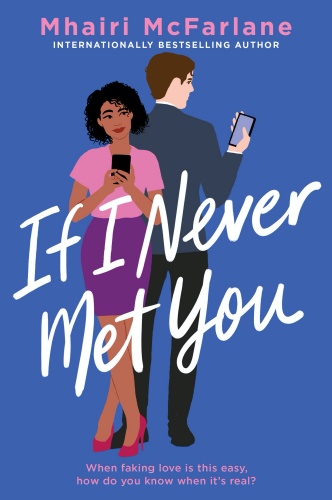 “If faking love is this easy… how do you know when it’s real?

When her partner of over a decade suddenly ends things, Laurie is left reeling—not only because they work at the same law firm and she has to see him every day. Her once perfect life is in shambles and the thought of dating again in the age of Tinder is nothing short of horrifying. When news of her ex’s pregnant girlfriend hits the office grapevine, taking the humiliation lying down is not an option. Then a chance encounter in a broken-down elevator with the office playboy opens up a new possibility.

Jamie Carter doesn’t believe in love, but he needs a respectable, steady girlfriend to impress their bosses. Laurie wants a hot new man to give the rumor mill something else to talk about. It’s the perfect proposition: a fauxmance played out on social media, with strategically staged photographs and a specific end date in mind. With the plan hatched, Laurie and Jamie begin to flaunt their new couple status, to the astonishment—and jealousy—of their friends and colleagues. But there’s a fine line between pretending to be in love and actually falling for your charming, handsome fake boyfriend…” 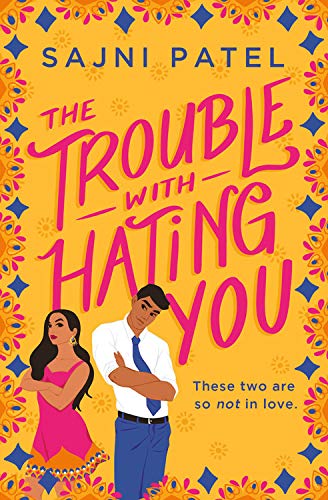 “A laugh-out-loud romantic comedy debut about first impressions, second chances, and finding the love of your life in the most unexpected way.

Liya Thakkar is a successful biochemical engineer, takeout enthusiast, and happily single woman. The moment she realizes her parents’ latest dinner party is a setup with the man they want her to marry, she’s out the back door in a flash. Imagine her surprise when the same guy shows up at her office a week later — the new lawyer hired to save her struggling company. What’s not surprising: he’s not too thrilled to see her either after that humiliating fiasco.

Jay Shah looks good on paper…and off. Especially if you like that whole gorgeous, charming lawyer-in-a-good-suit thing. He’s also infuriating. As their witty office banter turns into late night chats, Liya starts to think he might be the one man who truly accepts her. But falling for each other means exposing their painful pasts. Will Liya keep running, or will she finally give love a real chance?” 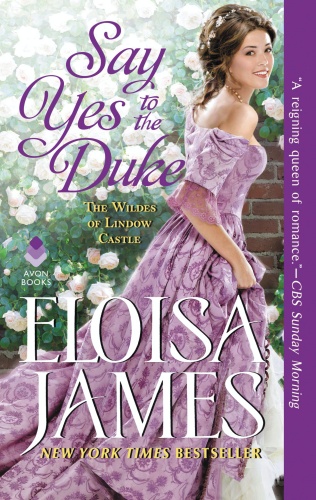 “Miss Viola Astley is so painfully shy that she’s horrified by the mere idea of dancing with a stranger; her upcoming London debut feels like a nightmare.

So she’s overjoyed to meet handsome, quiet vicar with no interest in polite society — but just when she catches his attention, her reputation is compromised by a duke.

Devin Lucas Augustus Elstan, Duke of Wynter, will stop at nothing to marry Viola, including marrying a woman whom he believes to be in love with another man.

A vicar, no less.

Viola has already said Yes to his proposal, but now he wants her unruly heart…and he won’t accept No for an answer.”