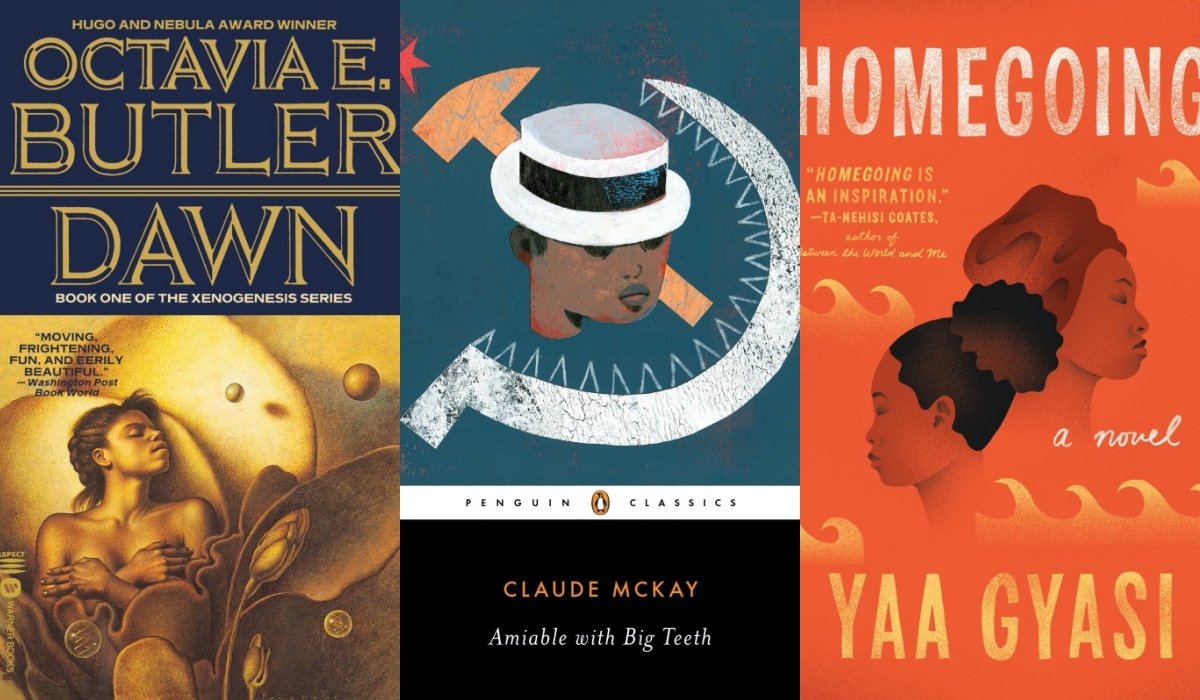 After the incident with Barnes & Noble and their “diverse” covers, I wanted to take a moment to highlight Black authors. Included down below are five classics and five contemporary novelists who have created amazing stories. I read all the classics while I was in college, and the recent ones over the years. I made this a mix of many different stories—so whether you’re looking for something more sci-fi or something more “literary,” there’s something for everyone. 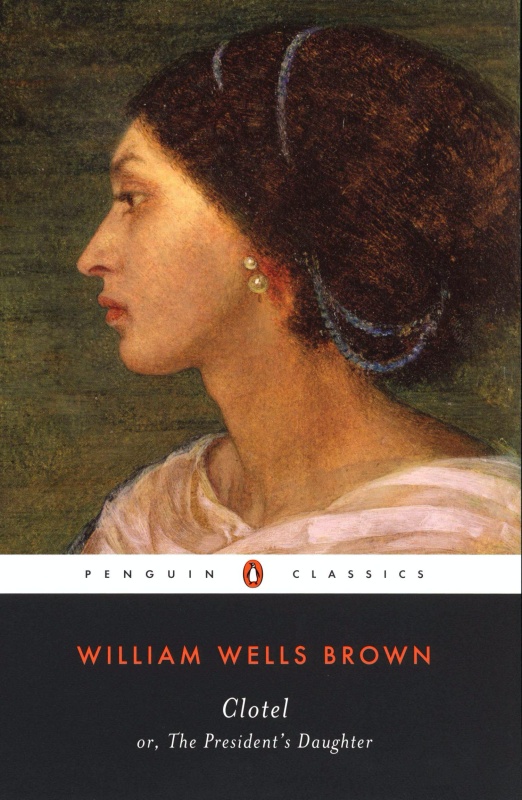 (1) Clotel by or, The President’s Daughter by William Wells Brown

“First published in December 1853, Clotel was written amid then unconfirmed rumors that Thomas Jefferson had fathered children with one of his slaves. The story begins with the auction of his mistress, here called Currer, and their two daughters, Clotel and Althesa. The Virginian who buys Clotel falls in love with her, gets her pregnant, seems to promise marriage—then sells her. Escaping from the slave dealer, Clotel returns to Virginia disguised as a white man in order to rescue her daughter, Mary, a slave in her father’s house. A fast-paced and harrowing tale of slavery and freedom, of the hypocrisies of a nation founded on democratic principles, Clotel is more than a sensationalist novel. It is a founding text of the African American novelistic tradition, a brilliantly composed and richly detailed exploration of human relations in a new world in which race is a cultural construct.” 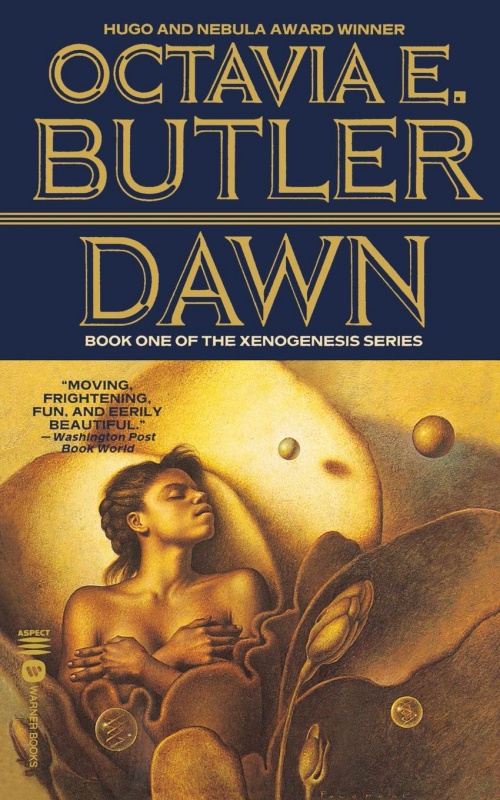 “Lilith Iyapo has just lost her husband and son when atomic fire consumes Earth—the last stage of the planet’s final war. Hundreds of years later Lilith awakes, deep in the hold of a massive alien spacecraft piloted by the Oankali—who arrived just in time to save humanity from extinction. They have kept Lilith and other survivors asleep for centuries, as they learned whatever they could about Earth. Now it is time for Lilith to lead them back to her home world, but life among the Oankali on the newly resettled planet will be nothing like it was before. The Oankali survive by genetically merging with primitive civilizations—whether their new hosts like it or not. For the first time since the nuclear holocaust, Earth will be inhabited. Grass will grow, animals will run, and people will learn to survive the planet’s untamed wilderness. But their children will not be human. Not exactly.” 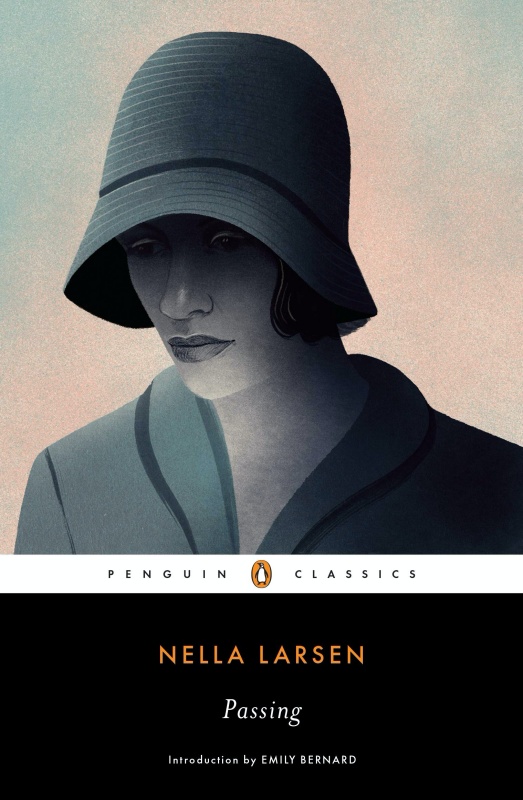 “Clare Kendry is living on the edge. Light-skinned, elegant, and ambitious, she is married to a racist white man unaware of her African American heritage, and has severed all ties to her past after deciding to “pass” as a white woman. Clare’s childhood friend, Irene Redfield, just as light-skinned, has chosen to remain within the African American community, and is simultaneously allured and repelled by Clare’s risky decision to engage in racial masquerade for personal and societal gain. After frequenting African American-centric gatherings together in Harlem, Clare’s interest in Irene turns into a homoerotic longing for Irene’s black identity that she abandoned and can never embrace again, and she is forced to grapple with her decision to pass for white in a way that is both tragic and telling.” 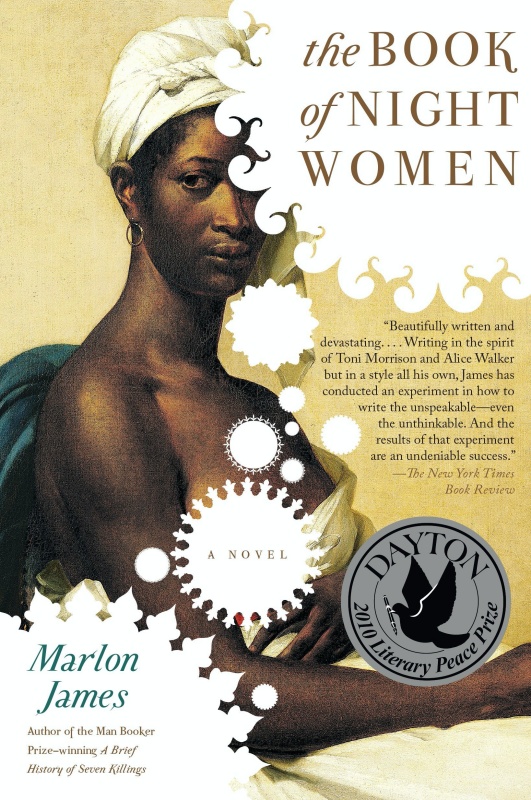 (4) The Book of Night Women by Marlon James

“A true triumph of voice and storytelling, The Book of Night Women rings with both profound authenticity and a distinctly contemporary energy. It is the story of Lilith, born into slavery on a Jamaican sugar plantation at the end of the eighteenth century. Even at her birth, the slave women around her recognize a dark power that they- and she-will come to both revere and fear. The Night Women, as they call themselves, have long been plotting a slave revolt, and as Lilith comes of age they see her as the key to their plans. But when she begins to understand her own feelings, desires, and identity, Lilith starts to push at the edges of what is imaginable for the life of a slave woman, and risks becoming the conspiracy’s weak link. But the real revelation of the book-the secret to the stirring imagery and insistent prose-is Marlon James himself, a young writer at once breath­takingly daring and wholly in command of his craft.” 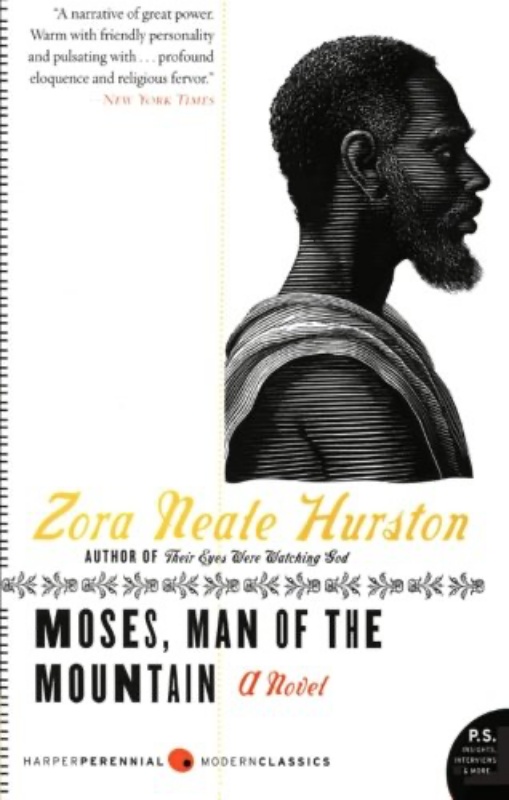 (5) Moses, Man of the Mountain by Zora Neale Hurston

“In this 1939 novel based on the familiar story of the Exodus, Zora Neale Hurston blends the Moses of the Old Testament with the Moses of black folklore and song to create a compelling allegory of power, redemption, and faith. Narrated in a mixture of biblical rhetoric, black dialect, and colloquial English, Hurston traces Moses’s life from the day he is launched into the Nile river in a reed basket, to his development as a great magician, to his transformation into the heroic rebel leader, the Great Emancipator. From his dramatic confrontations with Pharaoh to his fragile negotiations with the wary Hebrews, this very human story is told with great humor, passion, and psychological insight—the hallmarks of Hurston as a writer and champion of black culture.” 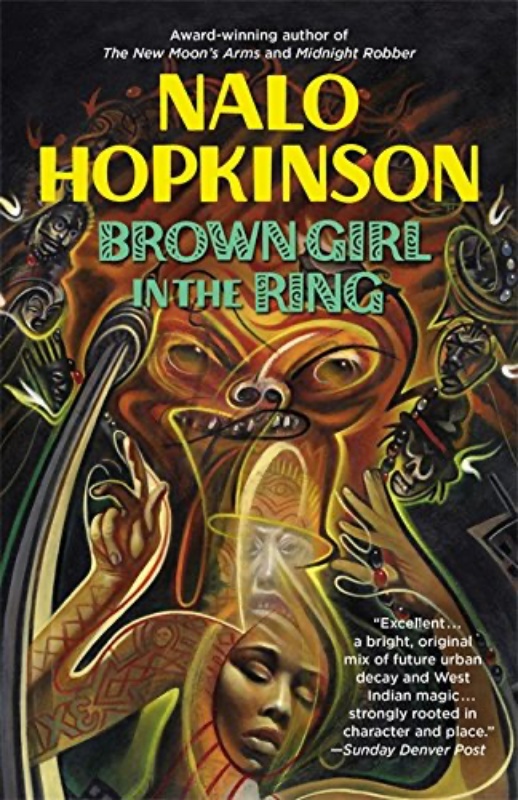 (6) Brown Girl in the Ring by Nalo Hopkinson

“The rich and privileged have fled the city, barricaded it behind roadblocks, and left it to crumble. The inner city has had to rediscover old ways–farming, barter, herb lore. But now the monied need a harvest of bodies, and so they prey upon the helpless of the streets. With nowhere to turn, a young woman must open herself to ancient truths, eternal powers, and the tragic mystery surrounding her mother and grandmother. She must bargain with gods, and give birth to new legends.” 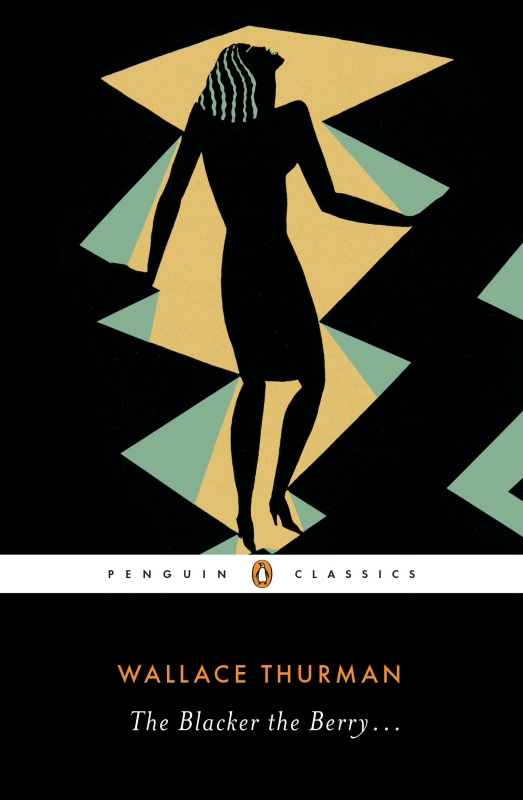 “This novel, associated with the Harlem Renaissance, is considered groundbreaking for its exploration of colorism and racial discrimination within the black community, where lighter skin was often favored, especially for women. The novel tells the story of Emma Lou Morgan, a young black woman with dark skin. It begins in Boise, Idaho and follows Emma Lou in her journey to college at USC and a move to Harlem, New York City for work. Set during the Harlem Renaissance, the novel explores Emma Lou’s experiences with colorism, discrimination by lighter-skinned African Americans due to her dark skin. She learns to come to terms with her skin color in order to find satisfaction in her life.” 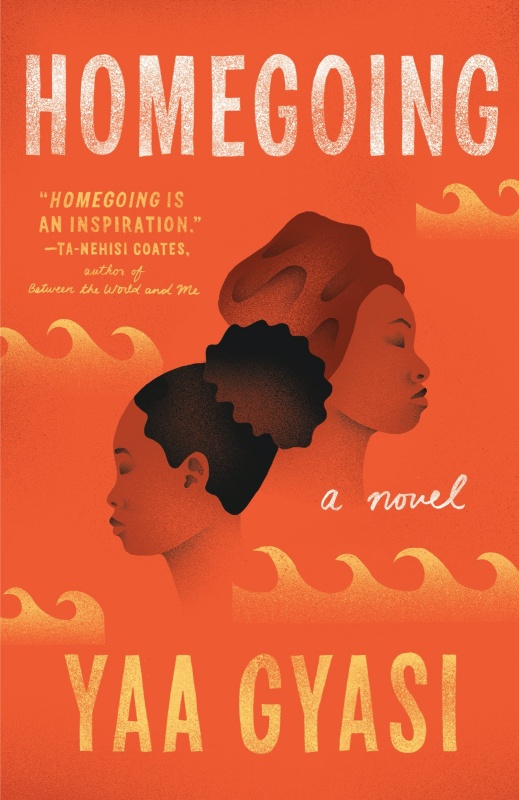 “Ghana, eighteenth century: two half sisters are born into different villages, each unaware of the other. One will marry an Englishman and lead a life of comfort in the palatial rooms of the Cape Coast Castle. The other will be captured in a raid on her village, imprisoned in the very same castle, and sold into slavery.

Homegoing follows the parallel paths of these sisters and their descendants through eight generations: from the Gold Coast to the plantations of Mississippi, from the American Civil War to Jazz Age Harlem. Yaa Gyasi’s extraordinary novel illuminates slavery’s troubled legacy both for those who were taken and those who stayed—and shows how the memory of captivity has been inscribed on the soul of our nation.” 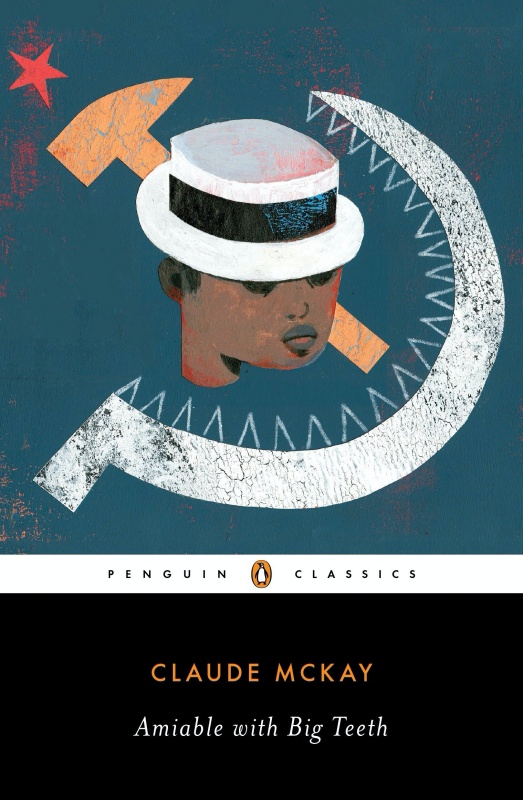 “The unexpected discovery in 2009 of a completed manuscript of Claude McKay’s final novel was celebrated as one of the most significant literary events in recent years. Building on the already extraordinary legacy of McKay’s life and work, this colorful, dramatic novel centers on the efforts by Harlem intelligentsia to organize support for the liberation of fascist-controlled Ethiopia, a crucial but largely forgotten event in American history. At once a penetrating satire of political machinations in Depression-era Harlem and a far-reaching story of global intrigue and romance, Amiable with Big Teeth plunges into the concerns, anxieties, hopes, and dreams of African-Americans at a moment of crisis for the soul of Harlem—and America.” 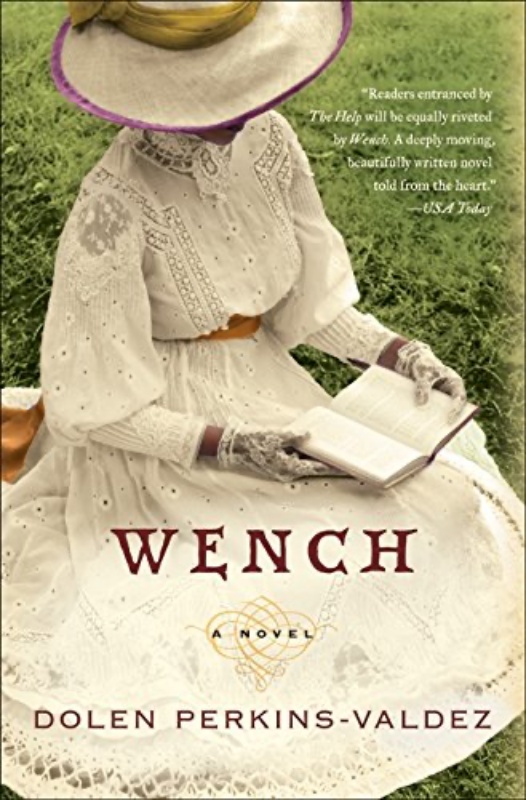 (10) Wench: A Novel by Dolen Perkins-Valdez

“Situated in Ohio, a free territory before the Civil War, Tawawa House is an idyllic retreat for Southern white men who vacation there every summer with their enslaved black mistresses. It’s their open secret. Lizzie, Reenie, and Sweet are regulars at the resort, building strong friendships over the years. But when Mawu, as fearless as she is assured, comes along and starts talking of running away, things change. To run is to leave everything behind, and for some it also means escaping from the emotional and psychological bonds that bind them to their masters. When a fire on the resort sets off a string of tragedies, the women of Tawawa House soon learn that triumph and dehumanization are inseparable and that love exists even in the most inhuman, brutal of circumstances—all while they bear witness to the end of an era.”

If you have further recommendations, let us know in the comments.