Sweden Opens Hotline Allowing Women to Report Men for Mansplaining — When Can We Get One, Too? 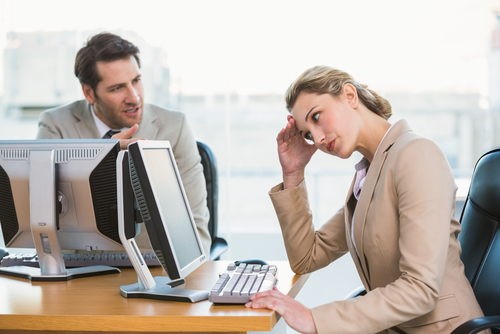 Women in Sweden now have a number they can call after they’ve been mansplained to. Unionen, the largest workers union in Sweden, has set out to combat mansplaining by establishing a dedicated hotline that will give women not only an outlet to vent their frustrations but also provide them with resources and advice regarding what to do post-mansplanation.

According to The Independent, the line has been running since Monday and will continue to run for a week from 10AM to 4PM (GMT+1), which is 1-7AM PST or 4-11AM EST. Both men and women are staffing the phone lines, and again, their objective is to help others learn more about mansplaining and what they can do to combat it in the workplace. What’s also interesting about this is that not only are women encouraged to call in and chat about mansplaining, but men are encouraged as well. Being an ally to women in the workplace includes being both educated and familiar with the issues as well as being open and willing to address it themselves if the need arises.

Of course, the reception to the hotline has been, well, less than hot, let’s say.

Predictably, men have jumped onto the Facebook post announcing this hotline and shared their frustration in the comments. The current top commenter pulls a “not all men,” essentially, and says he feels like he should “notify [Unionen] for discrimination.” Unionen responded, writing, in part:

The campaign is not intended to point the finger at or blame all men. The campaign aims to raise awareness among all of us, men and women, if this phenomenon and hopefully begin a single change.

The comments go on, with many both cheering and jeering the move.

The willingness to address mansplaining so directly is, to be sure, a very bold move on Unionen’s part, one that I’m certainly happy to see. Whether it’ll help curb mansplaining in workplaces on a much larger scale, well, that’s probably less-than-likely, especially given the fact that this is a limited-time thing. That being said, if even a few ripples emerge from something like this, then it will have been worth it, I think.

Personally speaking, I’d love to see something like this happening here stateside. Many women already do feel empowered to call out mansplaining when it happens to them, but still more often aren’t aware of how to react to such treatment. Maybe that’s something we can start ourselves, hmm?