Superpower Or Curse? The Woman Who Remembers Everything | The Mary Sue

Superpower Or Curse? The Woman Who Remembers Everything 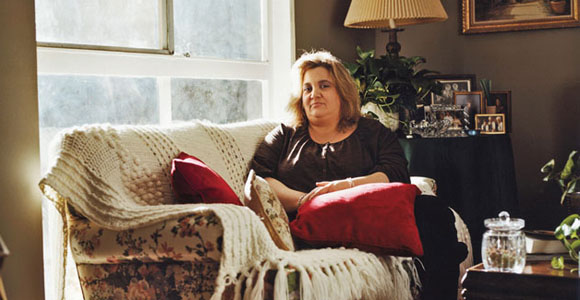 On countless occasions I have wished I had a better memory (I have trouble remembering things that happened yesterday) but if I were Jill Price, I could remember the exact number of times I actually had that thought. Price has had perfect recollection of every single event in her life, including those simply happening around her, since she was 12-year-old. And you thought you were cool because you remember all the words to Back to the Future.

Wired did a feature on Price who went from relative anonymity to appearing not only in medical journals but on Oprah and Good Morning America as well. “Her road to stardom started in June 2000 (Monday, June 5, to be exact), when she stumbled upon a Web page for James McGaugh, a UC Irvine neuroscientist who specializes in learning and memory, and decided to send him an email describing her unusual ability to recall the past,” wrote Wired. McGaugh, along with fellow researchers Larry Cahill and Elizabeth Parker, studied Price for five years. “In February 2006, their article, ‘A Case of Unusual Autobiographical Remembering,’ appeared in the journal Neurocase. Shortly thereafter, the UC Irvine press office peddled the story to The Orange County Register—and Price’s world was turned upside down.”

The writer of the Wired piece, a cognitive psychologist, decided to see Price in action for himself because he was still somewhat skeptical about her abilities. “The only serious scientific paper documenting photographic memory was published nearly 40 years ago, and that study has never been replicated,” he writes. “The fundamental problem is the seemingly haphazard fashion in which our memories are organized. On a computer, every single bit of information is stored at a specific location, from which it can always be retrieved. Human recall is hit or miss. Neuroscientific research tells us that our brains don’t use a fixed-address system, and memories tend to overlap, combine, and disappear for reasons no one yet understands.”

The interesting thing about his findings during the time spent with Price is that her amazing abilities only go so far as her personal experiences. “I soon find that except for her own personal history and certain categories like television and airplane crashes, Price’s memory isn’t much better than anyone else’s.” Price herself even compares the ability to obsessive compulsive disorder.

But the fact remains, Price is a scientific marvel. When she appeared on GMA, host Diane Sawyer believes to have caught her in a mistake at one point but the result is rather humorous.

Sawyer asks Price when Princess Grace died. She immediately answers, ‘September 14, 1982—that was the first day I started 12th grade.’ For once, it seems that the memory lady has blown it. Sawyer laughs nervously and tries gently to right her guest: ‘September 10, 1982.’ Price misunderstands, thinking she’s being prompted to identify another event—the possibility that she’s being corrected apparently doesn’t occur to her. No, Sawyer says, she has made a mistake; according to the book that 20/20‘s producers were using as a source, Princess Grace died on September 10. Price stands her ground, and not 60 seconds later, a producer breaks in: ‘The book is wrong.’ Price is right after all!

Watch her for yourself here.