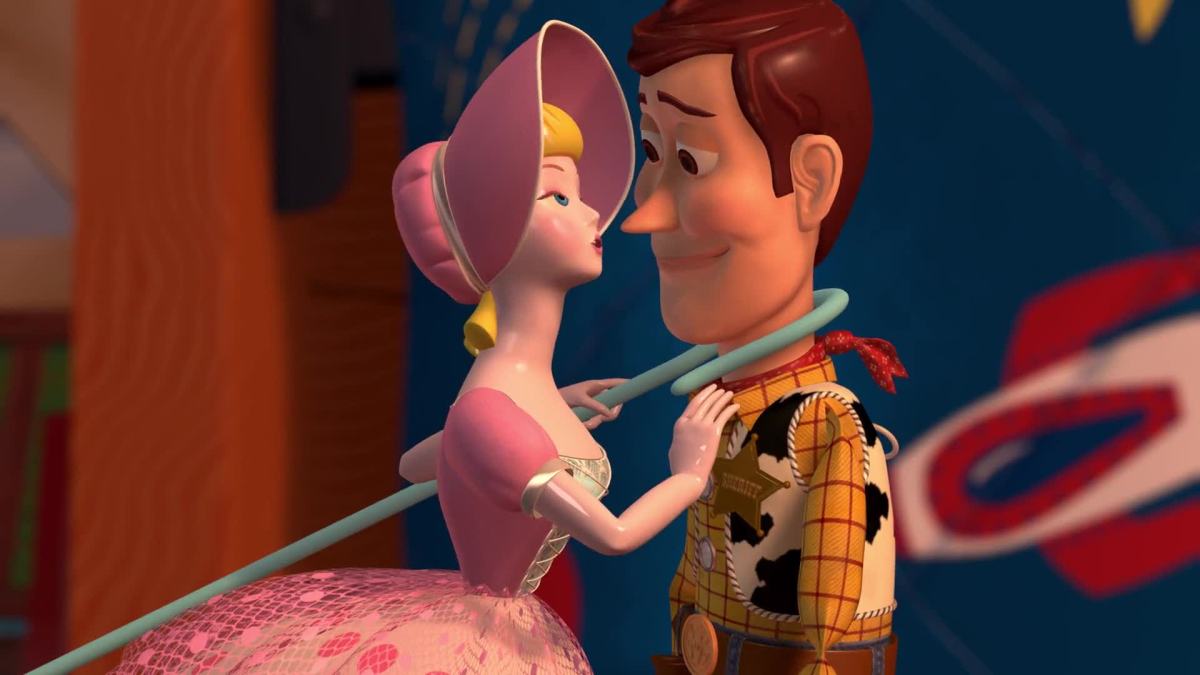 **Spoilers for Toy Story 4 and definitely go see it first before reading.**

While everyone is talking about Toy Story 4′s new cast of characters, there is a beautiful aspect to this story that is old, familiar, and a fan favorite: Woody the Cowboy. I’m someone who has loved Woody since I was a kid; he lives in my home and comes to me in every apartment I live in.

So call me a baby, but I cried throughout all of Toy Story 4, mainly because it was all about Woody coping with the knowledge that he wasn’t needed anymore and understanding that it was just his time to move on. It would have been so easy for this movie to make Woody’s new owner, Bonnie, not like him because he’s a “boys’ toy,” but they avoided that, having her love Buzz Lightyear and every other one of the toys she got from Andy. It’s just that Woody had to cope with not being the favorite anymore.

There is an underlying theme throughout Toy Story 4 about how Bo is trying to get Woody to be a lost toy with her. It’s not that Woody doesn’t love Bonnie; he does, but he wants to be the toy that brings joy to a kid again. Andy’s entire life revolved around Buzz and Woody. If he couldn’t find them, he panicked. Now though, Andy doesn’t need Woody, but Woody still needs an Andy.

So sure, he still has a purpose, but it might just not be the same purpose he had with Andy. It’s all about growth and change, knowing that things won’t remain the same forever, which is something that I think we all need to learn and understand as we grow older. Woody struggles with not having Andy, specifically, because he’s been his favorite toy for years, to the point that he would willingly burn or get torn to shreds to get back to his owner.

Looking at this movie, it’s clear that Woody represents those we, as adults, leave behind when we grow up. With Toy Story 3, many of us cried because we were the ones leaving our toys behind just as Andy was, letting them become our past as we grew into our adult ways. Clearly, I didn’t take that lesson to heart, as I still have my Woody doll in my apartment now, and I’m nearly 30 years old, but still, Toy Story 4 does a beautiful job of showing adults and, by extension, parents that their lives do not have to revolve around the kids that have left home.

Woody found his happiness outside of the world that Andy left for him, and that’s perfectly okay. Andy may have given up his toys, but his toys always would remember him. Still, like us all, he has to move on and grow, so for Woody, that means he has to live a life with Bo and help free other toys from carnivals (an entire plot point that is wildly fun).

I found myself sobbing throughout Toy Story 4, in a screening all by myself, and maybe that’s the way I needed to experience this because, for me, Toy Story has always been something that I loved by myself until I got to college and had a friend who was the Buzz Lightyear to my Woody the Cowboy. That’s maybe why it’s the saddest part of the entire film. These two friends, who have been together for years, had to say goodbye as Woody moved on to his new life without Buzz.

But they understood and said goodbye as friends do. Toy Story 4 is maybe the perfect conclusion to this series, and I’ll always cherish Woody for the joy he has brought me throughout the years.