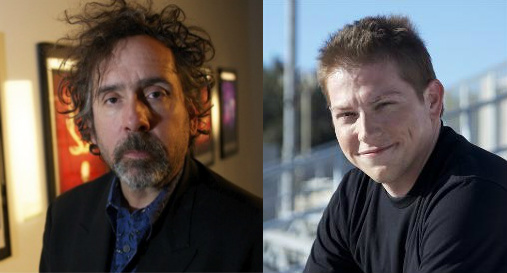 After working on Dark Shadows together, Tim Burton and Seth Grahame-Smith will reunite for the former’s return to the ooky-spooky land of stop-motion animation. It’s yet another project the new dynamic duo will be working on in addition to a possible Beetlejuice sequel. We like this friendship! It’s not just peanut butter and chocolate — it’s peanut butter, chocolate, and cinnamon.

Night of the Living is a project that Grahame-Smith has been writing for a while now, and before he’d made his biggest impression with his book Pride and Prejudice and Zombies, it could have ended up being one of those scripts that would collect dust until someone — anyone — expressed some interest in it. Fortunately for Grahame-Smith, he caught the eye of Tim Burton and they’ve worked on multiple projects together. Now, Burton is producing the film adaptation of his famous book, while Grahame-Smith wrote the script for the Burton-helmed Dark Shadows. As for Beetlejuice, the two are taking great pains to make sure it’s perfect (or else it probably won’t happen). It sounds like Burton has found himself another reliable creative partner to add to a roster that includes his partner, Helena Bonham-Carter, Johnny Depp, and Danny Elfman (and possibly Robert Downey Jr.). Not bad company to keep!

There isn’t a whole lot of information about what Night of the Living is about, just that once Grahame-Smith found himself on the set of Dark Shadows with the one and only Tim Burton — the man responsible for Frankenweenie, The Nightmare Before Christmas, and Corpse Bride — he “worked up the nerve” to pitch the story to him. Stop-motion seemed like a good way to tell his story, and Burton certainly knows his way around the form.

If we may speculate, based on the title, this is probably going to have something to do with zombies, and that’s just wonderful. [Ed. note: I love zombies.] Especially if Tim Burton is going to work on it — and finally make something that hasn’t already been made in some form or another. And Grahame-Smith is a very fun partner to have, especially if he can steer Burton away from remakes for a little while.