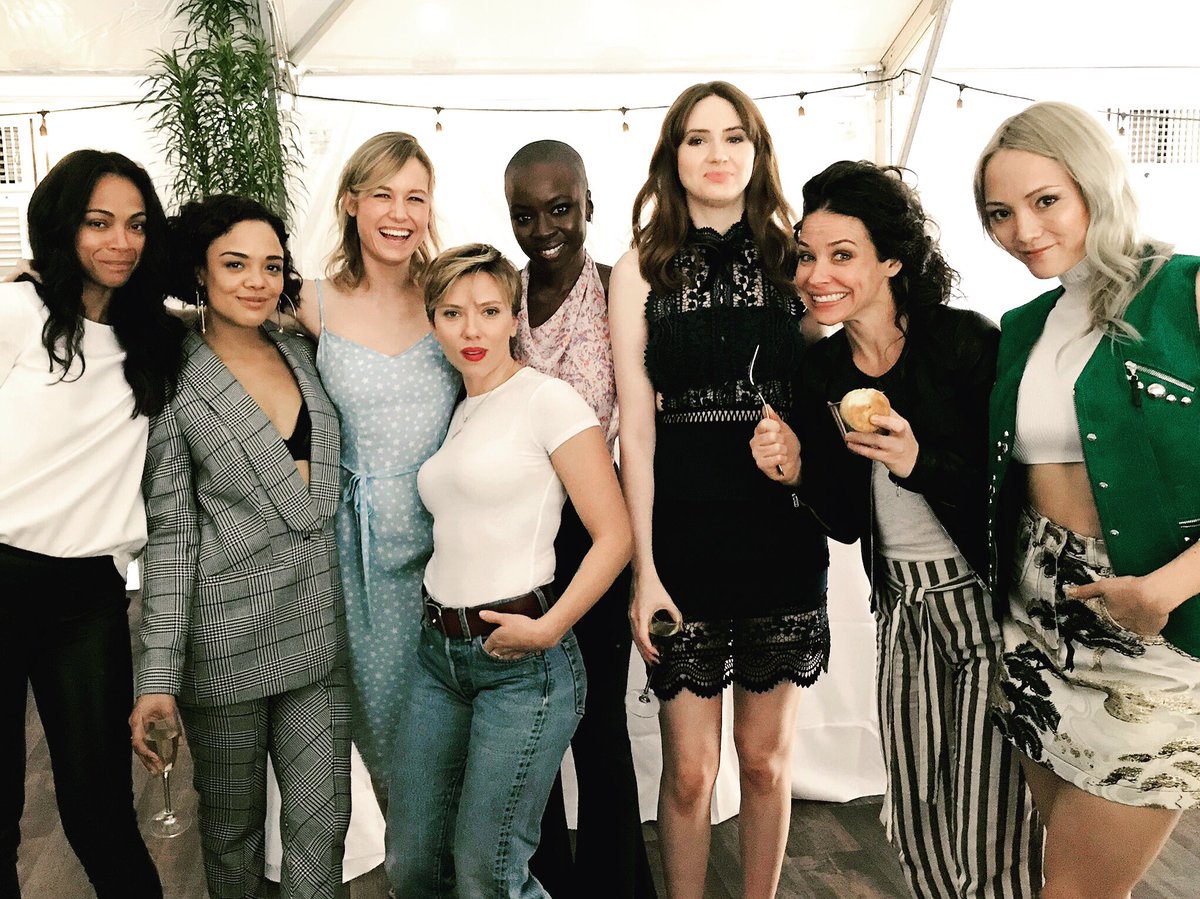 Filed this under Shut Up and Take My Money: Karen Gillan wants to direct an all-female Marvel movie. The actress, who will reprise her role as Nebula in Avengers: Infinity War, spoke to the Huffington Post at the premiere of The Party’s Just Beginning, at the Tribeca Film Festival. The film marks the directorial debut of Gillan, who also wrote and stars in Party alongside fellow Guardians of the Galaxy alum Lee Pace.

Gillan said, “OK, I’ll do it, absolutely … I know all of the Marvel actresses talk about it and we’re all for it. I don’t know whether it will happen or not, but everybody’s really up for it.” Gillian also had some thoughts on the new female Dr. Who, saying:

Yes! It’s so representative of everything that’s happening within the industry right now. It just makes me so happy because so many people have been skeptical as to whether a woman could play the Doctor, but it’s like, “How is that even still a question?” Of course a female could play that role, and I’m glad we get to see Jodie [Whittaker] do it.

What else did you see today?