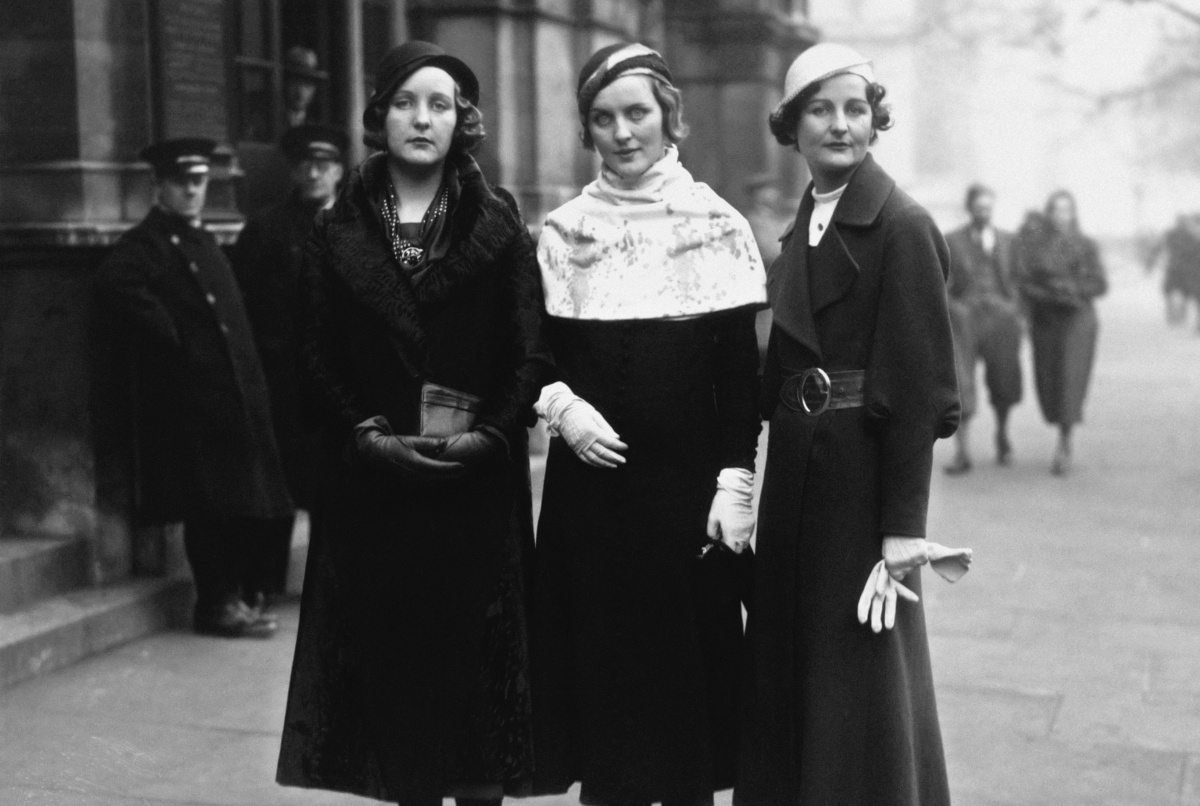 Last week, the trailer for upcoming BBC miniseries period drama The Pursuit of Love was released, and being the literary nerd that I am, once I saw that it was based on a book written by a woman, I ended up going into a deep dive about the author, Nancy Mitford. Nancy Mitford was part of a scandalous and celebrated family where she was one of six sisters (and one brother) whose paths in life all took interesting turns during and following World War II.

If you want a little hint of what’s to come, the sisters were described by The Times journalist Ben Macintyre as: “Diana the Fascist, Jessica the Communist, Unity the Hitler-lover; Nancy the Novelist; Deborah the Duchess and Pamela the unobtrusive poultry connoisseur.”

Let’s get into it.

The Mitford family was an aristocratic English family that went back to the Norman conquest, so we are talking old school. Despite that role and having family members that served in high legal and academic positions, the family really entered the realm of popularity in the 1930s because of the six daughters of David Freeman-Mitford, 2nd Baron Redesdale, and his wife Sydney Bowles.

Nancy was the eldest daughter (Sagittarius) of the couple and became a popular novelist in her lifetime in the post-war period despite having no formal training. Before the war, she married Peter Rodd, who had no career of his own, and Nancy was known as one of the “The Bright Young Things, or Bright Young People,” a group of Bohemian young aristocrats and socialites, referred to as such by tabloids in 1920s London. They were known for throwing big fancy dress parties, going on nighttime London treasure hunts and heavy drug/alcohol use.

Pamela was the next daughter (also Sagittarius) and was most infamously known for being married to the millionaire bisexual physicist Derek Jackson. The marriage was seen as largely one of convenience, and the two divorced in the early 1950s. After her divorce, she lived in the company of an Italian horsewoman for the rest of her life, which led to rumors that Pamela was a lesbian.

Tom (Capricorn) was the only boy. He was a supporter of British fascism and died during WWII.

Diana (Gemini) formally was seen as one of “The Bright Young Things” until she became a super fascist. Will discuss further, following the introductions.

Unity (Leo), oh boy, a prominent supporter of Nazism, fascism, and antisemitism, and was a part of Hitler’s inner circle. You see where this is going.

Jessica (Virgo), the communist of the group. Jessica’s first husband was her second cousin who was killed in World War II, but after that she got herself an American, civil rights lawyer Robert Treuhaft, joined the American Communist Party, and worked in the Civil Rights Congress. Jessica is our favorite.

As you can see, this was a family very sharply divided by World War II, politically. Diana and Unity are especially garish women. Diana was initially married to Bryan Guinness, but divorced him to end up with Sir Oswald Mosley, the leader of the British Union of Fascists. Diana would end up marrying Mosley at the home of Joseph Goebbels in 1936, with Adolf Hitler as guest of honor.

The Mosleys were interned during much of World War II, but they never changed their stripes. She was an unrepentant Nazi to the end, and when she died, according to her obituary in the Daily Telegraph, a diamond swastika was among her jewels.

Unity was cut from similar cloth and was a member of Hitler’s inner circle. Unity was apparently obsessed with Hitler and spent a lot of time in Germany to be close to Hitler himself. She had been told that it was very likely that war between her homeland and Germany would happen and when it was declared, she attempted to shoot herself in the head. She survived, but suffered intense brain damage. She was allowed to return to England and ended up dying from Meningitis.

Alright, now let’s get to our communist.

Jessica was considered the “red sheep” in the family because she’d been a hardcore commie the whole time. After her first husband went MIA and she married her Civil Rights Lawyer husband, she became deeply involved in issues surrounding the Black community. Through his legal practice, she was involved civil rights campaigns, including the failed campaign to prevent the execution of Willie McGee, an African-American man convicted of raping a white woman.

The best sister went to Montgomery, Alabama, and went to a rally led by Martin Luther King Jr. The church that was the site of the event was attacked by the Klan, so Mitford and the group she was traveling with remained barricaded inside through the night, until Alabama National Guard troops arrived.

Plus, upon the revelations of Joseph Stalin’s crimes, they resigned from the American Communist Party in 1958. Progressive and held herself accountable. Huzzah.

Nancy was a safely anti-Nazi and spied on her sister during the war. The BBC said that she reportedly called Diana “a ruthless and shrewd egotist, a devoted fascist and admirer of Hitler and sincerely desires the downfall of England and democracy in general.” She also apparently heard Pamela say anti-Jewish things, as well.

In one family, we got: pro-British spy and author, an anti-Semitic possible lesbian, a single fascist son, a super Nazi, a li’l super Nazi, the progressive, and Deborah, the duchess who met Hitler once because of her sister Unity.

You thought your Thanksgiving was weird.