The Dark Knight Rises, But Not Above Impossible Expectations [Spoilers] 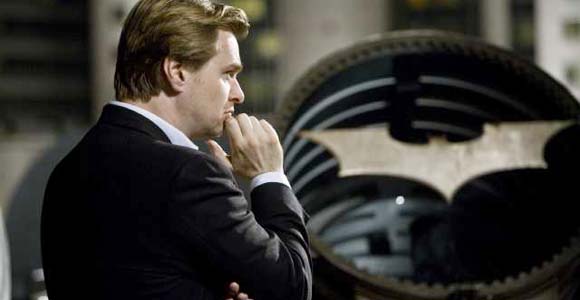 Christopher Nolan is nothing if not an exacting director. Under his guiding hand, the films he’s best known for are idea-laden, exposition-loaded rambles of stark, intense action. They demand sharp intakes of breath from audience members, a certain gripping of armrests. They ask for focus, concentration, and belief. In The Dark Knight Rises, the closing chapter of his Batman trilogy, he delivers, for the most part, what was ordered; a terse, gritty piece about a war-zone struggle. There are ruthless leaders, hopeless negotiations for relief from the outside, and noble heroes in dire peril, striving to save all the lives they can with meager resources. TDKR is an action thriller with goosepimple moments aplenty, something Nolan & Co do well. It almost feels like a shame that, amidst this fantastic setup, they are contractually obligated to include Batman. [Spoilers beyond this point, you have been warned.]

One reason to sign on for a comic movie, from a producing standpoint, is that you’ve got a ready-made property. You’ve got years of canon to draw from, and legions of fans waiting in the wings. (Who are getting their fingers poised for evisceration of critics as I type. That’s the nature of the beast, and exactly who I would bank on if I were an executive producer looking for a record-breaking opening night like the one TDKR just had.) You can make a movie to satisfy those appetites, or at least pay tribute to them. Moreover, you can use some of that canon backlog to make shortcuts. So goes the theory, anyway. We need minimal setup at this point in pop culture history to know who Batman is, and why he’s the Batman. Too bad then, that TDKR ditches its shortcuts, a recognizable playbook, and pretty much any audience aid at the start. Joyously, we get the Dark Knight-style pulse pounding we expected, but we also get a hell of a mess.

For a guy who’s supposed to be the protagonist, TDKR has a habit of losing narrative track of Bats (Christian Bale) for twenty, thirty minutes at a time. The sad, oddly fixable fact here is that he’s the least interesting part of the whole machine. I’ve always felt, since the end of Batman Begins, that the series, whether in writing or direction, had a hard time getting a fix on Bruce Wayne as a character. In TDK, he was wry, worried, and had moments of deeper damage that peeked through the cracks. But as the series has worn on, he’s become even more absent, both physically, and in our expected glances at his psyche. He’s more of an abstraction than a man at this point, an assumption of a character cobbled together from the collective memory. We’re told that seeing Gotham crumble makes him angry enough to escape an inescapable prison, but I just can’t buy it. He so attached to his city… that he’s spent the previous eight years in hiding, presumably not being Batman, yet we’re suddenly expected to believe he cares. It’s another piece of assumptive comic-bookery that doesn’t sit well in this realistic, genre-eviscerating war film.

Without proper groundwork, there’s not much space for the usual psychology or gadgetry in the down-and-dirty dealings of the plot. Just like his opponents (their own motivation a limp callback that I never quite bought), this Batman doesn’t outwit anyone; he just out muscles them. The most impressive Batman-like feat of the movie – Bruce sneaking back into a besieged, seemingly impenetrable Gotham, from India, presumably without monetary funds – is accomplished off-screen, and with no further comment. It’s one of several notable instances of genre and comic-canon trope buttressing that can’t hold anything up in Nolan’s hyper-real universe. The film’s wrap, complete with its clean getaway and re-worked origin story for a major player, makes these choices even more of a puzzle. Why bother to make loyalty come-ons to a comic legacy if you’re going to do what you want anyway?

Bane (Tom Hardy), as a villain, is more fearsome in force than as an individual. He’s physically imposing, for certain, and Hardy does his damnedest skulking and snarling his barely-comprehensible dialogue through his breathing mask. (Though his dialogue was allegedly re-dubbed after early test audiences said they couldn’t understand him, both myself and my screening companion still found ourselves missing two-thirds of his lines.) Canonically, Bane’s physical stature is truly frightening because it’s matched with a ruthless intellect. Where Ledger’s Joker was unpredictable and insane, Bane is played as a fanatic, bound by a cold, calculating sanity. But, beginning with his first appearance on a CIA plane, the foundation isn’t adequately laid for the audience to be afraid of him as a single player. He’s an oddly impotent frontman, and, by the time the eleventh-hour villain is revealed, there’s no time left to care.

Equally strange is Anne Hathaway’s Catwoman, who I, in every other respect, very much enjoyed. She’s unsentimental, stealthy, and a worthy adversary with gray morality. Too bad facets of her character’s reasoning make as much sense as those highly-discussed knife-stilettos. (Yeah, they’re as ridiculous as we feared, but, thankfully, little is seen of them.) We’re told that what Selina’s after is a computer program that can wipe her criminal record clean. But this bribery still works to sway her to the Batman’s side even after she’s been living in a decimated Gotham where all criminals have been set free, fighting street thugs for food, for months. Why he asks for help from someone who so clearly betrayed him would have deserved its own headshake, but we were so far into this bizarre realm by then, I think I’d given up.

In fact, throughout TDKR, engaging and pulse pounding as it is, a big problem is that we rarely see emotional logic play out. Instead, we’re told that people are feeling things. Characters are not so much introduced, as they are put on screen with the assumption that the educated audience’s familiarity with them will provide unspoken information. By the same token, events that happen onscreen between these characters are treated as though they have extra significance, not because of anything in the writing or editing that makes us see it. The tension is there, if the viewer is already intimately acquainted with Batman canon and mortars in the gaps for the film. Lazy genre writing is still lazy writing, and it should make you mad even if you can quote the entire Bat-chronology in your sleep.

TDKR is a conclusion to a trilogy, but it doesn’t feel like one. Though it shares thematic, stylistic, and casting nodes with the other two, it’s also a film whose lack of structure and conflicting messages make it feel like the beginning, or even middle of something much larger, a something larger that I find very intriguing. It’s almost as if the story could have been better handled as a year long cross-title comic book event itself, giving room to flesh out emotional arcs, cover small stories set within the movie’s significant chronological sweep of time, and, let it not go unsaid; filling in a not insignificant number of plot holes. It would be fascinating if Nolan had, indeed, and as he seems to have wanted to, made a series of superhero films about the ultimate purposelessness of the legendary vigilante.

TDKR nearly gets there, in a way that makes us hungry for more about any of the characters…except Batman. It sets us up to root for cop John Blake (Joseph Gordon-Levitt) and his beleaguered superior Commissioner Gordon (Gary Oldman) as they keep morale going, track that elusive neutron bomb, and stand up as best they can in a time when terrorists have seized their hometown. Yet, it is not they who ultimately save the day, but a proper fresh-from-the-printed-page deus ex Batman, who swoops in to rescue the city. Nolan seems to want it both ways; cynical and realistic, but with comic book convention sewn in to patch up any holes. His thoughtful filmmaking style only throws the contrast between subject and depiction into high relief. In a war zone like Nolan’s Gotham, Batman is barely present, and only as the final charge of the cavalry. The heroes of TDKR are the relentless cops and stalwart citizens left behind in a city abandoned by the nation at large. Though our titular hero spends the time repairing himself in a foreign prison, it’s the struggle of Gotham’s people that we feel. It is from their strife that our tension mounts and comes to the forefront. A film explicitly about ordinary people stepping up when a superheroic symbol fails could be a great achievement. Sadly, it’s not one we’ll be seeing any time soon.