To-read lists at the ready. 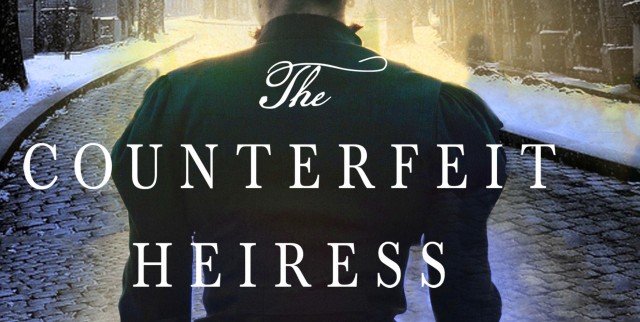 Author Tasha Alexander is up to nine books in her Lady Emily series, which offers up some pretty delicious mystery wrapped up in the kind of rich historic detail that makes you keep turning on Downton Abbey, Ripper Street, and Copper. Her latest, The Counterfeit Heiress, follows Emily, the former sheltered debutante turned classical scholar and budding suffragette, through the wild confection that is the real historic costume ball held by the Duchess of Devonshire for Queen Victoria’s Diamond Jubilee in 1897. When a guest at said party is murdered, Lady Emily and her husband, dashing pre-Bond Queen’s sleuth Colin, find themselves drawn into efforts to solve the case—and uncover layers and layers of deceit. It’s ripping good fun.

Tasha was good enough to share a few thoughts on the book, history and the character—and a little bit on cosplay and Firefly. The book is due in October from St. Martin’s Press.

The Mary Sue: So this the ninth book in the series. What keeps you, and contemporary readers, so drawn to the Victorian era—it wasn’t exactly all fairytale romance for women in 1890? I mean, there are the clothes and all, but…

Tasha Alexander: The clothes are indeed fabulous, but you’re quite right—it was far from all fairytale romance for women of the era. However, it was a time during which women were (finally) able to make significant strides toward suffrage, and that, combined with the political situation on the continent and in England, as well as the social mobility brought by the Industrial Revolution, gives it a depth and excitement not found in many other periods. The world is in turmoil, and on the verge of a war that will reshape civilization, but no one can see that in the 1890s, a fact I have always found rather poignant. The English aristocracy believed they—and the Empire—would go on forever, but in fact they were in the midst of a decline that would not be stopped. The luxurious trappings of the Gilded Age may have allowed them to ignore what they wanted to ignore, but it could not stave off the inevitable.

TMS: Emily is a great character—you’ve kept her arc slow enough to have her proto-feminist enlightenment, and those of her significant other and friends, be believable. What do you feel you can and can’t do with her to keep it that way?

TA: Thank you! It is very important to me to keep her character realistic. For us, in the 21st century, it’s easy to reject all the inconvenient parts of Victorian social mores. Why didn’t women refuse to be treated as they were? Why on earth did so many people accept such a repressive society? To those brought up in the 19th century, the problems and limitations of their world were not quite so obvious, and it’s essential that I keep in mind that Emily would not have rejected wholesale her entire upbringing overnight.

When I first started to construct her character, I was interested in exploring the idea of social change, and what is necessary for it. The Victorian Era is replete with wonderful iconoclasts, individuals who seem to have been born to fight for social justice. People like this are essential to change, but until a greater part of the population begins to agree with them, it’s unlikely the status quo will be threatened. I wanted to explore what it would take for a young woman who is living quite comfortably—the current social mores give her more or less everything she thinks she would want—to begin to question the world around her. First, I wanted her to undergo an intellectual awakening, because that is essential to her further development. She needs to be able to think and observe and analyze. Next, she needed to start to see a broader view of the world, both through travel and by beginning to get to know people who are not of her class. Only then can she begin to recognize injustice and gather the courage to fight for change; because it did take courage.

TMS: Of all the obsessions for her to develop, why did you choose classical Greek art and literature?

TA: I chose it first because it’s something about which I feel passionate. The art is stunningly beautiful, the history fascinating, the poetry spectacular. It’s important when writing to be thorough about research, and this is a great deal more pleasant when working on something you find inherently interesting. I could happily lose myself for weeks reading about the ancient world. Classical Greece has had an unparalleled influence on western society, and it’s essential Emily understand it if she is to be an educated person in her world.

TMS: The new book deals with a Parisian heiress who’s revealed to be an impostor. Obviously, in a pre-modern tech world, it’s easier to fake an identity but, without giving too much away, what did it take to really pull something like this off 120 years ago?

TA: So much easier without our current technology! Although, I suppose one could argue that there are ways (Photoshop, etc.) that it might be simpler in our world. In the 19th century, people didn’t  have easy methods to communicate across long distances. One could send a telegram or a letter, but either could be forged. Also, because people didn’t  have their photographs taken constantly, as we do now (thank you—or not—cell phones), it was harder to recognize individuals whom one had not seen for years and years. So if one resembled a person well enough, and one stayed away from anyone who knew said person well (or at all), it would be possible to pose as someone else.

TMS: Were there actual cases of impostors pulling off something like this at the time?

TA: I came across many stories of impostors when I was researching my second book, A Poisoned Season. Most are about individuals who claimed to be a famous thought-to-be-dead child, e.g., the Dauphin of France after the Revolution, the Little Princes in the Tower, etc. The more direct real life inspiration for this book, however, is Huguette Clark, an American heiress who died in New York City at 104 in 2011. There was no question of impostors here, but Miss Clark’s life fascinated me. She had an immense fortune but chose to live in a hospital room for two decades, leaving three empty homes, each furnished and staffed, as if waiting for her arrival. 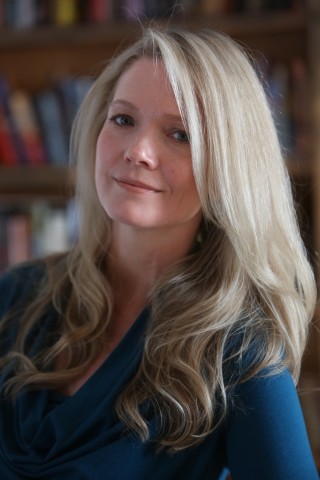 TMS: You purposefully never give us a true physical description of Emily, beyond her clothing. Why is that?

TA: This is a nod to when I was a little girl and would feel disappointed if I couldn’t “be” a character in a book because I didn’t look right. How could I be Pippi Longstocking if I didn’t have red hair? When my best friend and I played Little House on the Prairie, I had to be Mary because I was blond, while being Laura would have been much more fun. When reading, I like to picture characters in my head, but my version of attractive or unattractive or elegant or menacing may be different from yours. As a result, I like to give broad strokes when it comes to descriptions—I tell you that Emily is attractive and elegant, for example—but I leave it to you to decide what that means to you. She should look right to the reader, even if the reader’s vision isn’t exactly the same as mine. Isn’t that one of the best things about books? We get to picture everything ourselves, instead of having it served up to us with no need for imagination. When we watch a movie based on a book and a character doesn’t look right, it bothers us. I never want readers to feel they have to picture Emily a precise way.

TMS: There’s the cliché about life in the past having been “simpler”—do you really think it was, for the people who lived it?

TA: I think we all like to believe that the past was simpler, and there are no doubt ways in which it was, but at the same time, there were just as many ways in which it was not. I, for one, am immensely grateful for the invention of dishwashers. That said, there is no question that the modern world makes it difficult to live in the moment and take pleasure in simple things without being distracted by cell phones and computers. We do have the option of ignoring them or turning them off, so we really have no one to blame but ourselves. In the end, I think our lives are no more or less simple than those of people in the past. The complications are just different now.

TMS: What are the things Emily puts up with in daily life that you honestly couldn’t deal with?

TA: This is going to sound crazy, because, yes, there are times I really do wish I could summon a butler to bring me tea, but I don’t  think I could live in a house with servants. You would never have privacy, and I would always feel bad about not helping them work. Of course, had I lived in the 19th century, neither of these concerns would ever have occurred to me, as I would have grown up accustomed to them.

TMS: Honestly, what do you escape into when you’re not working—books, TV, movies?

TA: Yes, all of them. Pride and Prejudice and Cloud Atlas are probably my two favorite books, and I love rereading Elizabeth Peters’ Amelia Peabody series. I watched all of Firefly last week for about the three hundredth time—love, love, love it, and am a bit of a movie junkie, lately watching a lot of food documentaries (Kings of Pastry is fantastic). Living in Chicago also gives me fantastic opportunities for escape. I am a city girl at heart and have to be able to walk everywhere. I adore the Art Institute and the opera, the Shakespeare Theater, and the Grant Park Music Festival.

TMS: Cosplay, yes or no? And have you ever run into anyone dressed as one of your characters? And who do you want to dress up as?

TA: Oh, heck, yes! Who wouldn’t want to dress up? I only wish I had more opportunity to do it. I haven’t ever run into someone dressed as one of my characters, but would love to. As for what I would dress as… there are too many. I have a Princess Leia costume for Halloween, but that’s not really all that exciting. I’d love a Regency day dress, a reconstruction of an 1890s Worth ballgown, a sari covered with jewels, a Roman peplos with really fabulous pins, one of those gorgeous frothy turn-of-the century creations, a pioneer costume (back to my Little House days). I could go on and on…

TMS: Are you at work on book ten yet? What do we have to look forward to?

TA: I have just finished my first read through of the draft and am having quite a lot of fun tweaking it. The story is set in the south of France, primarily in Cannes, but I can’t say much more without giving away something that happens at the end of The Counterfeit Heiress. I can, however, tell you that Margaret, Jeremy, and Cécile will all be back.

Stephanie Stewart-Howard is a Nashville-based journalist and editor, the author of  Nashville Chef’s Table and a forthcoming book on whiskey and bourbon. She regularly contributes to Nashville Arts Magazine, Renaissance Magazine, Livability.com, and a host of others. She also works as an actor, costume designer, and artist; she randomly blogs sometimes at Foxes Labyrinth.