So UM … Steve Rogers Could Have Been the Soul Stone? 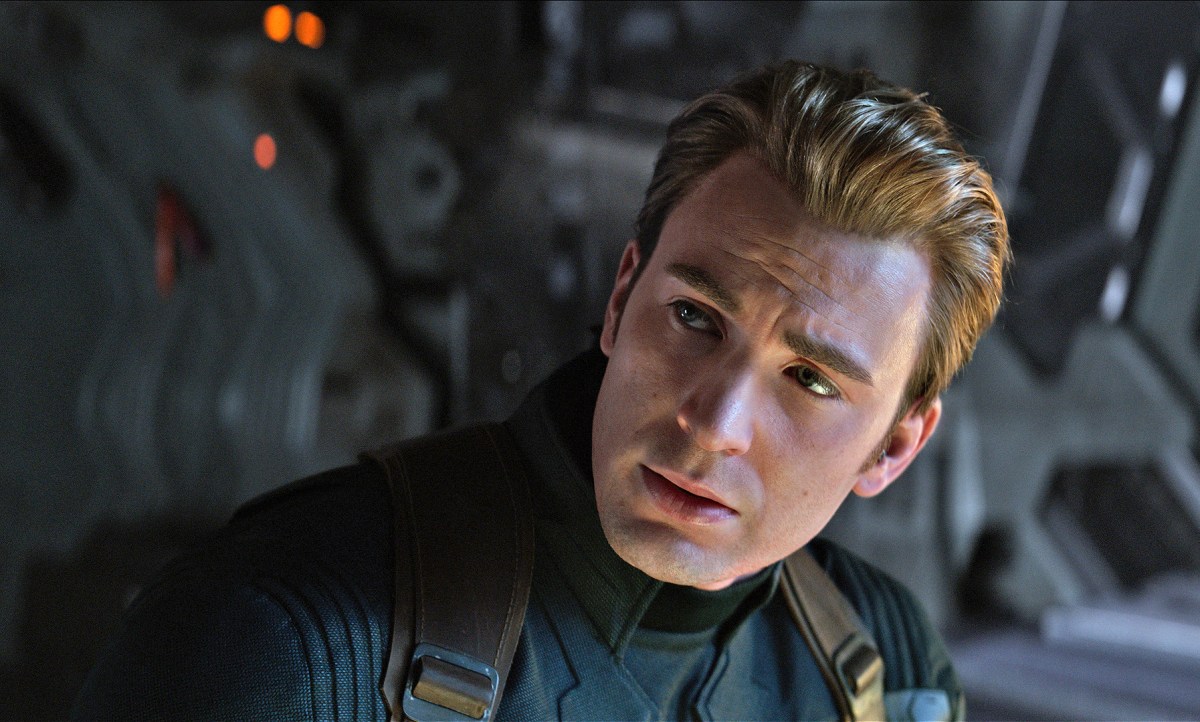 Last night during the Twitter-based #QuarantineWatchParty hosted by ComicBook.com, Avengers: Endgame screenwriters Christopher Markus and Stephen McFeely were joined by directors the Russo brothers. Many questions were answered, many tidbits were offered, we were given a look behind the scenes, and … maybe given too much information.

I feel like we’re back in the time after Endgame came out, when every plot twist and choice was over-explained by the creatives and I wanted it to end. But here we are, returned to the deep end and talking about how Steve Rogers was almost … the Soul Stone?

Early on in development talks we considered making Cap the soul stone… But that idea fell away rather quickly. #AvengersAssemble https://t.co/admPgFOM3c

Now look, I understand trying to include aspects of the story in as many places as possible, but Steve Rogers? The good boy from early-20th century Brooklyn who was, from the beginning, willing to throw himself on a grenade to save everyone in his unit? He is somehow this stone from space? I’m glad the idea was dropped, but it does reinforce a feeling held by some of us that a lot of this movie seemed out of character for Steve.

What is in character works well (I’m talking, specifically, about the Time Heist with Tony and him being worthy of Mjölnir). But then there is so much of this Peggy Carter storyline that negates her character growth in Agent Carter and throws so much of the established storyline into question that it takes away from Steve’s arc. Making Peggy “the love of Steve’s life” and his one goal at the end doesn’t fit with a lot of his character growth since The Avengers, either. Steve was a man out of time, sure, but he worked hard to readjust and to fight for his found family, only to leave them behind.

One thing that has consistently driven me mad with Avengers: Endgame is that ending for Steve. I know that some fans probably like that he went back in time to have his life with Peggy Carter as if she wasn’t in love with Daniel Sousa and was doing fine without Steve. (Reminder that Steve and Peggy were romantically linked in The First Avenger, but shared one kiss and never even got to go on a date.) Steve’s conclusion feels out-of-left-field for his character, and there are a lot of people who agree with me on that.

There was a seven-year set up from The Avengers that could have been used in Avengers: Endgame and fit with Steve’s character arc. In The Avengers, Steve Rogers confronts Tony Stark and says to him, “You’re not the guy to make the sacrifice play, to lay down on a wire and let the other guy crawl over you.” At that moment, it makes sense because Tony Stark didn’t seem like the man who would lay himself on the line in the way that Steve had in the past. Tony does end up nearly dying to save the world, so Steve is proven wrong there.

Flash-forward to Avengers: Endgame and we’ve seen Tony throw himself into danger time and time again to the point where when he snaps his fingers, I almost wish someone else had made the final sacrifice.

Do you know who would narratively have fit in that slot? Steve Rogers. Dying in his best friends’ arms, with Bucky until the end of the line, and his new partner Sam, rather than just up and leaving them both and going to live a life with a woman who had moved on? Makes more sense, and Tony Stark would finally get to retire and have a chance at a happy family life. This would make even further sense for the set-up of Falcon & The Winter Soldier, if Sam and Bucky decided to work together to honor Steve’s memory. Everything about that end tracks with what we’ve come to know of Steve.

It was like Endgame’s creatives were so set on Steve going back to live with Peggy that that’s all that mattered. I think they also knew much of the audience expected Steve to make the sacrifice play—because it fits with his character—and they wanted a “twist” to surprise. So when it would have been time for Steve to die in battle, they instead made him go away, look like Joe Biden, and retire to spend all of time and space … just hanging out? John F. Kennedy gets assassinated and Steve Rogers is like “wow weird anyway great dinner honey!”?

And what do they even mean by Steve potentially being the Soul Stone? Would this have been discovered and then he sacrificed himself dramatically and got his friends the Stone? This is weird, but you know what? It almost would have fit better than the end he got. Interestingly enough, way back in March of 2018, there was a wild fan theory that each Avenger represented a different Stone, and that Tony Stark was the Soul Stone—literally created out of the Stones by his father Howard. This wasn’t the case, of course, but in a way I guess with Tony’s sacrifice he did give his soul for the Avengers. In the end, I’m glad no one ended up being an actual Infinity Stone and kept their identities, if not all the characterizations we’d come to know.

I think I’m still thinking about Endgame and willing to talk about it because I do, for all extensive purposes, love a lot of it. It gave me a ton of tropes I enjoy and I do love watching it—but sometimes, I just want to yell.