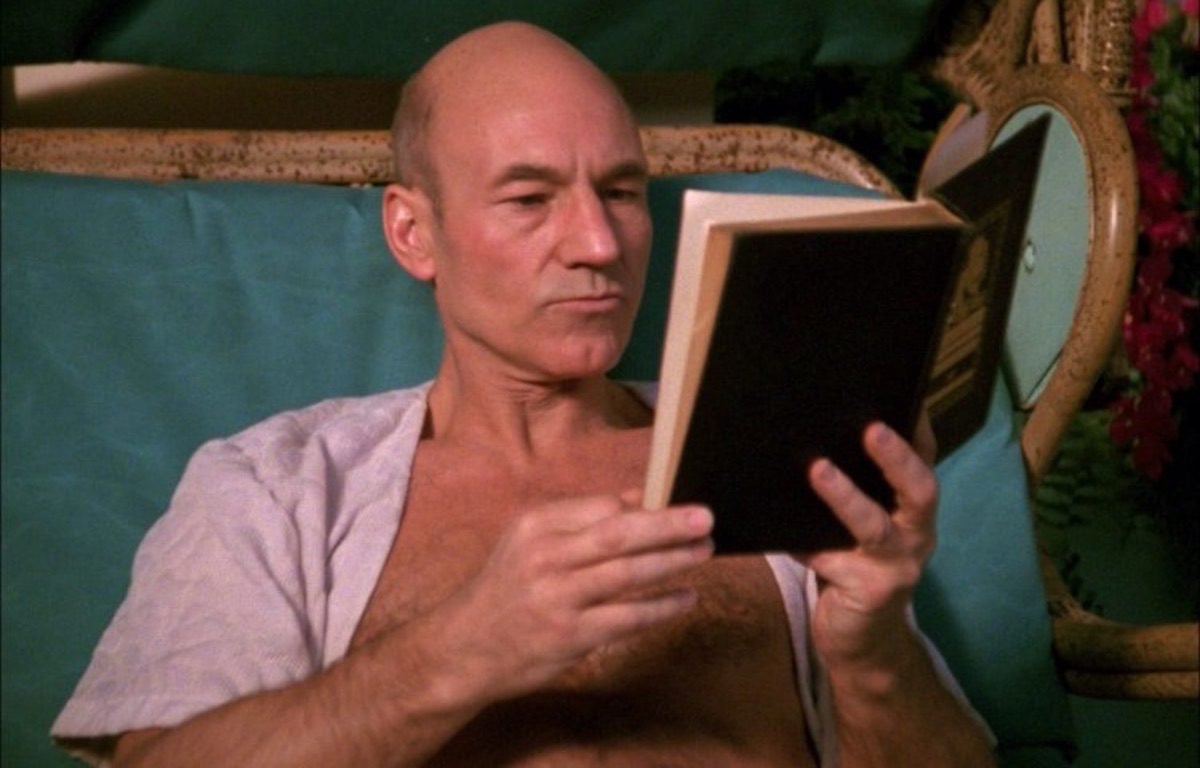 As the upcoming Star Trek: Picard warps toward becoming a reality, more details about the show are emerging. Now comes the news that the show has an official showrunner. It’s not Alex Kurtzman, who runs basically everything else CBS All Access Star Trek these days! It is, in fact, a name that book-lovers know well. That’s right, cadets, author Michael Chabon, who joined the Picard writing room last year as an executive producer, now appears to be captaining this ship.

According to a Deadline exclusive, Chabon will serve as the show’s showrunner, to Kurtzman’s effusive praise:

“Daring, lyrical, humane, whimsical, celebrated: words that describe both Jean-Luc Picard and the literary genius of Michael Chabon,” said [executive producer Alex] Kurtzman. “Despite a laundry list of accomplishments most writers only dream of, Michael shines with the heart and soul of a Trekkie who’s finally found his dream job. We’re so fortunate to have him at the helm as we explore this next chapter in the great captain’s life.”

Michael Chabon has never seemed more relatable to me. Imagine winning the Pulitzer Prize (that was for 2000’s sprawling fictional look at the early comic book industry, The Amazing Adventures of Kavalier & Clay), having every conceivable creative avenue open to you, and you choose to devote your energy Star Trek: Picard. This is, as the kids would say, a mood. Chabon, a lifelong Trekkie, is making every fan’s fantasy a reality.

“Star Trek has been an important part of my way of thinking about the world, the future, human nature, storytelling and myself since I was ten years old,” said Chabon. “I come to work every day in a state of joy and awe at having been entrusted with the character and the world of Jean-Luc Picard, with this vibrant strand of the rich, intricate and complex tapestry that is Trek.’”

While I’m glad for Chabon realizing this dream, I’m also curious to see what sort of tenor this will give Picard. He certainly is as well-immersed in the world and the characters as we could hope, and his involvement may attract viewers who are new to Star Trek.

Chabon has some experience with screenwriting (John Carter, Spiderman 2), but is known primarily for his novels. How will his literary sensibilities imprint onto Picard? At least if there’s a Star Trek vehicle that makes sense for Chabon, it’s the one featuring our erudite ex-Captain played by Sir Patrick Stewart. My fingers are crossed.

—The Mary Sue has a strict comment policy that forbids, but is not limited to, personal insults toward anyone, hate speech, and trolling. If you purchase via our affiliate links, we may receive a commission.—