The Man Who Saved Spider-Man Will Rewrite Carrie 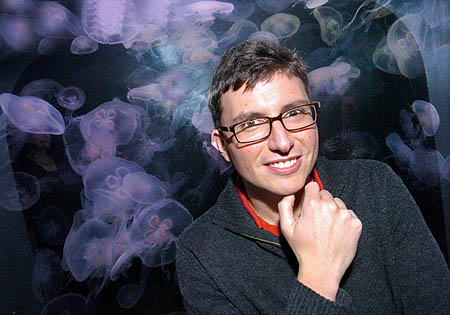 After saving Spider-Man: Turn Off the Dark from certain destruction (perhaps literal destruction), Robert Aguirre-Sacasa has booked some pretty excellent follow-up gigs, including a major gig at Glee but more importantly and awesomely, writing a new adaption of the Stephen King classic Carrie. Is it fair to say that we are witnessing the dawn of an amazing career? I believe it is.

Since I mentioned it, I’ll just spill the Glee news very quickly then move on to the good stuff: Aguirre-Sacasa will be a co-producer and writer on the show. Ironically, Glee and Carrie are not too far removed from each other, considering the topics of high school bullying and being different from your peers. And that’s the perfect segue into the real news!

The first Carrie movie is a horror standard, spawning a generation that feared evil religious zealot mothers who shamed our “dirty pillows,” reviled nasty teenagers who were bent on humiliating a (seemingly) harmless outsider, and dreaded the most inopportune times to start one’s period. However, Brian DePalma‘s take on the story — as good as it was — was not exactly close to King’s original novel. As drafts were written, the story continued to stray from the original. But now, Roberto Aguirre-Sacasa is going to fix that, because Stephen King is a close, personal friend of his. Okay, not quite, but he did become acquainted with the writer after turning The Stand into a graphic novel. And if King sees Aguirre-Sacasa as a reliable dude, then so do we. (Though if King really wants Lindsay Lohan to play the eponymous character … yeah, we might still be on board. Maybe.)

This also might erase the memories of the horrible sequel that came out in the late ’90s, Carrie: The Rage. But Roberto Aguirre-Sacasa seems to have proven himself a trustworthy scribe. But if he screws this up (we’re not assuming he will), you know what? … “They’re all gonna laugh at you!”