Samuel L. Jackson Has Way Too Many Films to Fit Into One Tiny 11-Minute Late Late Show Role Call Segment

Hold on to your butts. 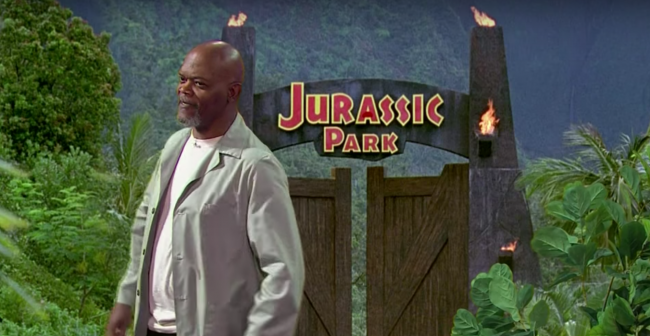 Samuel L. Jackson has had one hell of a storied career, to put it super simply (and nothing about that man is simple at all). So to see him relive (almost) his entire career along with James Corden on The Late Late Show is nothing short of amazing.

The segment clocks in at 11 minutes, which if you know anything about Jackson’s prolific career, isn’t nearly enough for them to encompass even a significant fraction of it. They do include, however, some solid faves: Pulp Fiction, Jackie Brown, Shaft, Kingsman: The Secret Service, and my own personal fave, The Negotiator. They even dig deep and add in his bit part in Goodfellas and his role as Mr. Arnold in Jurassic Park.

It takes him a second to really warm up and get into it, as his trademark intensity isn’t quite there in the beginning, where they start with one of his most iconic scenes: when he recites the now notorious Bible passage to one poor soul who’s about to eat it. And, of course, Corden’s along for the ride, providing an excellent foil for all of Jackson’s roles.

(via /Film, image via screengrab)