Sam Raimi Is Working on Ideas for the Next Evil Dead Movie, With Bruce Campbell Returning 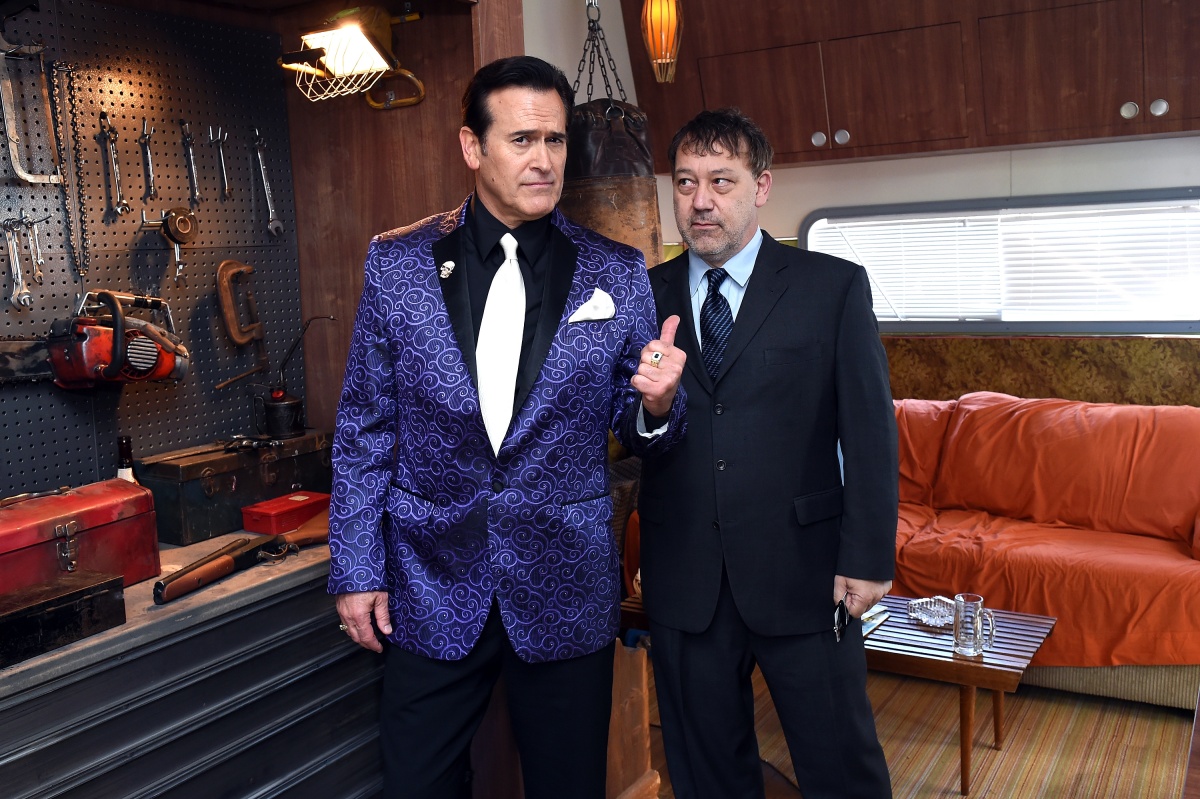 Sam Raimi would like to see another Evil Dead movie on the big screen. During an interview with Bloody Delicious for his upcoming disaster monster movie Crawl, the Spider-Man director spoke about wanting to return to one of his most well known horror-comedy franchises.

“I’d love to make another one. I don’t think TV is in its future but we’re talking about – Bruce [Campbell], Rob [Tapert] and myself – one or two different ways to go for the next movie,” Sam Raimi confirmed. He added: “We’d like to make another Evil Dead feature and in fact we’re working on some ideas right now.”

The Evil Dead franchise began in 1981, with Evil Dead which introduced Ashley Joanna “Ash” Williams (Bruce Campbell) and the Book of the Dead/ Necronomicon as he battles evil demons that posses his loved ones. The series continued in Evil Dead II which is both a sequel and a rehashing of the first film, and Army of Darkness which takes place in the Medival Era where he has to battle an army of the dead. Also, he has a chainsaw arm. The series is an excellent combination of horror, comedy, and action.

It was rebooted/continued in a 2013 Evil Dead movie directed by Fede Álvarez and produced by Raimi, Campbell, and Tapert. There was also the Ash vs Evil Dead series on Starz which ran for three seasons staring Campbell, Ray Santiago, Dana DeLorenzo, and Lucy Lawless. After the show’s cancellation in 2018, Campbell announced his retirement of playing Ash.

“I would be thrilled if Bruce Campbell changed his mind about retirement, would come back for the original Evil Dead line,” Raimi said. “But if not, I’m very happy to work with, if Fede [Álvarez] would come back and make the sequel… but he’s such a big shot now. He’s so successful, an artist in demand, that I don’t think he’d want to do that.”

Raimi also confirmed that the remake movie is “part of the Evil Dead universe but not part of the Bruce Campbell storyline” so it’s canonical but in a different corner of the weird universe of Evil Dead. “But there’s also a third possibility we’re talking about,” Raimi said. He ended by saying that if everything goes as planned, “You may see some action on the Evil Dead movie in the next six months.”

I’d be really excited to see what Raimi would come up with next and if it would be cool enough to tempt Bruce Campbell back into the role. Raimi has one of the most interesting filmographies around and since I’ve forgiven him for Oz the Great and Powerful, I’m ready for the next Evil Dead adventure. Let’s see what happens in six months?

Evil Dead fans what do you guys think of this news?