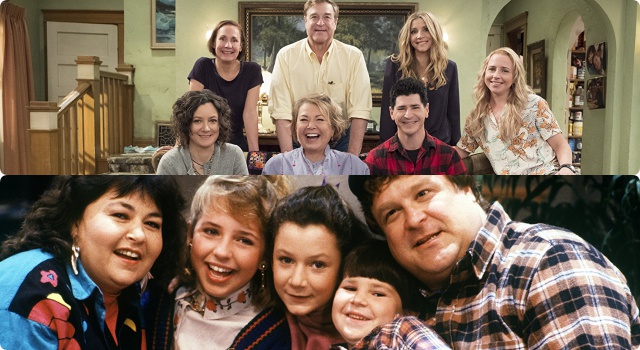 While I didn’t grow up with Roseanne, in my adult life I have watched it on rerun several times. The relationship between Roseanne and Dan Conner on the show is one of my favorite television couples. Roseanne the character was always a loud-mouthed, badass woman who stood up for the little guy while being a flawed human character and an overall great mother. However, this new reboot looks to be something different altogether.

The real Roseanne Barr … she’s taken a turn. That turn will be reflected in the upcoming reboot in which Roseanne Conner is a Trump supporter. On a panel Monday with T.C.A., Barr announced this character “development:”

“My show has always been I have always attempted to portray a realistic portrait of the American people and of working class, you know, working class people. And, in fact, it was working class people who elected Trump,” she said. “So I felt that, yeah, that was very real, and something that needed to be discussed. And especially about polarization in the family, and people actually hating other people for the way they voted, which I feel is not American.”

The actress added, “I noticed in the Roseanne shows I’ve always tried to have it be a true reflection of the society we live in. So I feel like half the people voted for Trump, and half didn’t, so it’s just realistic.” (via People)

Okay. While I agree that it is fair to address Trump supporters in working-class white America, especially because they are the ones who elected him, some have argued that Roseanne as a character would not be a typical Trump supporter.

Variety posted this clip on their site showing that Roseanne is the type of woman who may be poor and “under-educated” but that doesn’t make her unsavvy or easily swayed. She had common sense and wouldn’t fall for the type of a “tax break” that promised “trickle down” policies that didn’t pay union wages. There is this idea that working class people are too stupid to see when people are trying to trick them and Roseanne always spat on the classism. However, times have changed, and despite Barr’s history of being a lefty, she and her television counterpart are now in the Trump supporter camp.

Bruce Helford, an executive producer, has insisted that despite Barr’s own politics “there’s no agenda on anybody’s part.”

“What we wanted to do was find a way for this family, which represents a cross-section of values and beliefs, and get a debate going in an honest and real way—whether that’s pro- or anti-Trump or Jill Stein, it was really about getting dialogue going in an honest way.” ABC, Helford noted, largely caters to upper-class, Democratic voters—so from the network’s perspective, Roseanne brings with it a history of appealing to working-class Americans in a way that most of the current lineup does not.

“There’s no show that’s dealing in the same way with these kinds of issues,” Helford said. “We have a beloved place in the hearts of American viewers, and wanted to do something that would heal things and put all the cards on the table.”

Roseanne admits to being a Trump supporter, and had defended many of his ridiculous statements, so if she sees her character as an extension of herself maybe then I suppose Roseanne’s characterization makes sense. However, I don’t understand how she can be a member of the Green Party and suddenly vote for Trump. Maybe she just hated Hillary that much?

Barr said when reporters said Trump was xenophobic, she struck back:

Before the panel wrapped, Barr left the room chock-full of reporters and television executives with one last thought. “The one great thing that I read today is that this is the lowest unemployment level for many, many years. So I think that’s great and I do support jobs for people and I think that’s a great way to fight racism is helping everybody get a job,” she said. (via The Hollywood Reporter)

Who knows—maybe she can bring a sense of honesty to the world of the Trump supporter, as someone who actually is one—rather than liberal people trying to “figure it out.” But that is only if we are going to address the uncomfortable realities of what Trump voters are supporting. Roseanne may dismiss statements that Trump seems xenophobic as people’s “opinions” but what does that really accomplish? If she is gonna have a storyline where Jackie voted for Hillary and Roseanne voted for Trump, who is going to be seen as right and wrong? Because at the end of the day, we can’t pretend that there isn’t a right side and a wrong side, even for people who voted for Trump with the “best of intentions.”

At the end of the say, the whole thing just leaves me sad because I truly loved Roseanne: it is a smart show with real people and a real sense of working-class values, which doesn’t mean it has to have Trump values. However, again, since a majority of white women did support Trump, there is no way I can say this is unrealistic. It just isn’t what I would have expected.

I also doubt this show will live up to the claim of unity cast members are saying it can be. Sara Gilbert said, “This is a time when our country is divided. We talk about [politics] in the context of a family. People feel like they can’t disagree and still love and talk to each other. It’s a great opportunity to have a family divided by politics but is still filled with love. What a great thing to bring into this country right now.”