Love in the Time of Being a Nervous Choleria*: The Romance Writers of America National Convention 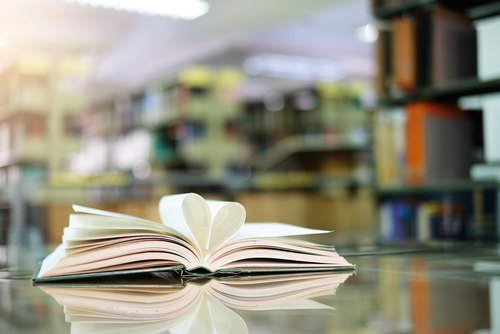 We all know that the romance genre doesn’t get a lot of respect. Back in the nineties, neither did comics and graphic novels, but while sequential storytelling has gained in stature, romance still gets, er, shafted by critics. So, why is this hugely popular—and lucrative—segment of publishing dismissed by so many? Some suggest that the genre is derided because it’s mainly written by and for women; some say that the genre’s getting slut-shamed because of all the sex going on between those sheets of paper. Yet plenty of critically acclaimed novels and graphic novels contain explicit sex scenes, and no one calls Game of Thrones a bodice ripper. (Perhaps it’s better termed a jerkin-ripper?)

Here’s a different theory: The romance genre gets dismissed because, at its core, it is sincere and optimistic, and those qualities haven’t been in fashion since poodle skirts fell out of favor. Eroticisim and brutishness may be acceptable in lit fic, but passionate lovemaking that forges an emotional bond? Yecch.

Ardor and affection are not dirty words at the Romance Writers of America National Conference, where the genre is “unapologetically celebrated,” in the words of speaker Faith Salie, a comedian and journalist who regularly appears on NPR’s Wait, Wait … Don’t Tell Me. Salie was addressing PAN, the published author’s group at RWA’s 37th convention at Walt Disney World’s Dolphin Resort this July. Folks who dismiss romance writers as a bunch of middle aged housewives penning their stream-of-consciousness sex fantasies might be surprised at the level of attention to craft at RWA. The con schedule offers tracks for beginner, intermediate and advanced authors on a wide range of subjects, including how to make a successful pitch, the keys to writing sex scenes that distinguish between arousal (in the body) and desire (in the mind), and various approaches to plotting and research. There are also workshops which delve into current trends (such as hybrid action-adventure historicals) as well as contemporary issues (including a workshop called “Happily-Ever-Afters For All: Keeping your characters with disabilities real”). In addition, there are sessions that focus on branding, promotion and independent publishing.

No one cosplays; most of the women and men (there are some men) wear variations on business casual, with various degrees of formal wear, (although you might spot the occasional tiara at one of the parties at night). It’s not just the form of the novel that these writers take seriously; it’s also the content.

“For me, romance novels are more than just an escape,” says Farah Heron, who traveled all the way from Toronto to attend her first RWA con. Heron, who has a degree in psychology and describes herself as “Indian, Muslim and brown,” adds that “my writing is a reaction to the world right now. People make assumptions about whether or not they can connect romantically with people who look a certain way.” Heron’s first novel centers around a romance between a Muslim, Indian heroine and a white, bearded hero she initially mistakes for a redneck.

For NY-bestselling romance author Suzanne Brockmann, known for her Navy SEAL romantic suspense novels, her diverse casts and her frank and sex-positive approach to gay characters, the current political situation has created new writing challenges. In times of real crisis, it can be difficult not to see one’s fictional stories as trivial, she admits. Still, she thinks romance novels have the potential to impact on readers in powerful ways.

Beverly Jenkins, this year’s recipient of RWA’s Lifetime Achievement Award and an author who has written widely about black protagonists in the post Civil War period, says that romance is also about recognizing ourselves in the other. “African-American is not a genre,” she reminds the audience, encouraging readers of all ethnic backgrounds to read stories about characters of color.

Happy endings (literal and figurative) may have a new and broader appeal in this historically unsettled moment. Romance authors can and do grapple with serious and sometimes controversial issues in their writing, but they do so in the context of deliberate and determined optimism. By the end of her story, the chief protagonist of a romance will get more than just romantic fulfillment—she (or he, or both he and she, or both he and he or she and she … and occasionally, he and he and she) will get a life that looks on track for all kinds of satisfaction and achievement.

Is it possible that the romance genre may be about to get some respect from the world outside the convention halls? Wonder Woman director Patty Jenkins has spoken about how she deliberately made a movie that celebrated sincerity. “We have to do the real stories now,” she is quoted as saying in a recent New York Times article. “The world is in crisis.” In stark contrast to most superhero movies, Jenkins’ Wonder Woman dared to be optimistic and sincere.

Romance writers take a similar approach to adversity. Summer Heacock, who is battling serious health issues at age 36, is celebrating the release of her debut novel, The Awkward Path to Getting Lucky. Once she returns home, she begins treatment at the Mayo Clinic—and gets to work on her next book. As Summer raises her glass of wine, she flashes the brand new tattoo on the inside of one wrist: Wonder Woman’s sword.

Maybe we’re all ready for a little more romance in our lives.

*”Choleria” is Yiddish for “a nervous wreck”.