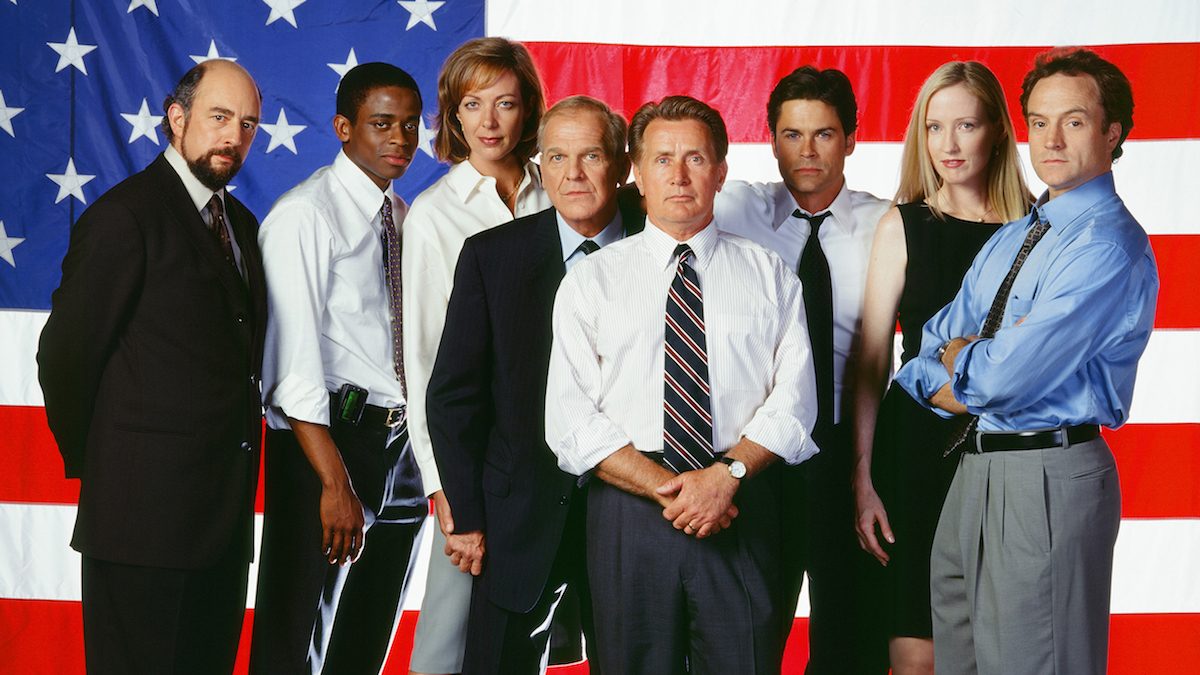 The West Wing is one of those shows where you either think it (or at least the first four seasons) defined the peak golden age of TV, or you hate it for all the Aaron Sorkin-esque problems that come along with it.

The idealized Democrat administration presented in the show was full of white guys, and yet everyone was forward thinking and snappy and always found solutions that moved the country forward. Sure, everyone but CJ, Charlie, and Donna were kind of assholes, but they were also an antidote to the George W. Bush era in a way, so there was that.

My parents got me hooked on the series when I was far too young to fully understand the politics, outside of the fact I wanted to be CJ Cregg when I grew up. I still want to be CJ Cregg; a friend once said we were similar and I cried for about ten minutes straight with happiness. Today, I find it hard to watch the show because of present political turmoil. Escapism can only go so far, and watching Jed Bartlet and Matt Santos be my favorite politicians as we deal with a hot mess of a political shitstorm in real life physically hurts sometimes.

And yet, there is hope. Richard Schiff, famous for playing grumpy speechwriter Toby Ziegler, has said Sorkin is considering a reboot, and he has his own ideas for what it would look like. As reported by Deadline, he says: “I’ve pitched it to Aaron. He loved it. I don’t think it should be in the White House. I think that’s overcooked. My image of a show in the White House now is something like House of Cards, which is more apropos for the current administration — and Veep. You know, you combine Veep and House of Cards and you got, you got this administration. It’s a great idea…Where does politics really happen? And that’s the question. And especially in this era where there’s such an excitement in the grassroots level and on the local level, and, and it really all happens in the state level.”

I would honestly love a West Wing-inspired show set at a grassroots level, following new candidates as they find their way in the political world. With plenty of real-world heroines to follow, including TMS fave Alexandria Ocasio-Cortez, the lead could be a woman (hopefully of color) in politics, inspired by the wave of women running for office. Sorkin could share writing duties with a couple of female writers of color and create an honest, representative look at who is making a stir in politics today. It would be inspiring and fresh, especially considering that many political shows center predominantly on white characters.

The original cast of The West Wing could make recurring cameos throughout the show. Obviously, Toby would play a role, as would Josh most likely. But the character who would be a fantastic addition to this imaginary show’s cast would be Allison Janney’s CJ. Now a bit older and wiser, CJ could play the Leo role of mentoring the new female voices through politics, and Janney could get another four Emmys for it. CJ remains an important figure for many women, and to have her come back to help shape a new generation onscreen would mean the world to those she inspired during the show’s original seven-season run.

There are some potential problems with this idea for a reboot — namely that Sorkin can barely write white women correctly, so the idea of him tackling a woman of color in a lead role is almost frightening — but if we want to make The West Wing timely, then it needs to have a fresh perspective and voice. Schiff’s idea is fantastic, and I hope it comes to fruition somehow. We could all use a modern take on some political escapism that maybe offers hope, rather than fear.