Reviews Are out for 'The Hustle' | The Mary Sue

Reviews Are out for The Hustle, the Latest Female-Led Remake 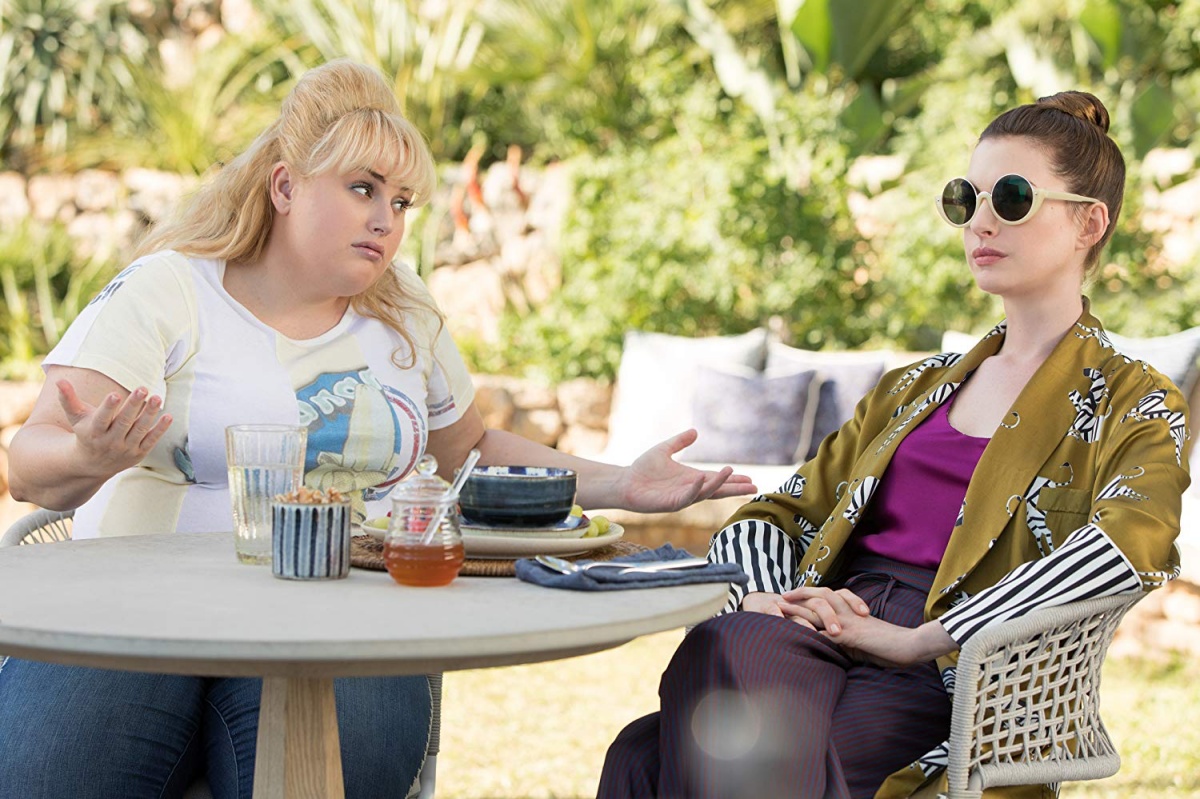 Chris Addison and Jac Schaeffer’s female-centered remake of the 1988 film Dirty Rotten Scoundrels, titled The Hustle, is out tomorrow, and the reviews have started to trickle in. It’s mostly a mixed bag.

Anne Hathaway plays Josephine, an elegant con woman who is a sophisticated honey trap, and Rebel Wilson as Penny, the “low-brow” con woman who Josephine attempts to mold into an ally. As mentioned, it’s a remake of the 80s movie Dirty Rotton Scoundrels, which is a remake of the 1964 film Bedtime Story. Going through the reviews, it seems like The Hustle is a mixed bag, with good performances by the main women, and beautiful costuming being done, but critics seem to range the movie from weak to mediocre.

“[…] while “The Hustle” maintains a tone of confectionary amorality, instead of building toward its logical climax — the ultimate con pulled on male piggishness — it begins to play like “Ocean’s Two” with a soft-focus target.”

“[…]  it doesn’t really have all that much to say. Not about gender, not about con artistry, and definitely not about how to craft a satisfying studio comedy. […] Despite its glitz and glam, The Hustle is mostly bland and familiar, even if you’ve never seen its predecessor. A good con movie should feel clever in the moment and even more satisfying once all the puzzles pieces snap into place. The Hustle settles for being generally amiable instead, content to offer some chuckles here and there but little in the way of laugh-out-loud comedy or satisfying surprises.”

“As with any classic recipe, what matters most is the execution. The financial stakes for Penny and Josephine and their marks may be high, but otherwise “The Hustle” gambles with play money, risking a bit of sentimentality or wounded feelings here, a snarl of meanspiritedness there. Nobody is going to get hurt, but Hathaway and Wilson make decent sport of it. […] ‘The Hustle’ deserves some credit for fulfilling its own modest, escapist ambitions. Unlike a lot of what we see these days, in movies and elsewhere, it doesn’t feel like a rip-off or a scam. It’s downright innocent.”

Most of the reviews, in their longer format, make mention in some way of other “female-led” reboots or remakes of male-featured franchises like Oceans 8 or Ghostbusters. Fundamentally, I have no problem with these gender-swapped movies, and I think in the hands of good writers and actors, there is a place to highlight what having female voices can add to the project. Yet it sounds like this movie only served to switch out a traditional set of dude tropes, with a set of lady tropes, and neither really adds anything.

“Chris Addison’s flimsy “The Hustle” attempts to jazz up an old-fashioned premise with a contemporary twist: what if said scoundrels were actually women? The gender-swapping conceit may be a transparent bid for modern relevance, but it’s one of the few things that actually works about the chintzy comedy.”

“‘The Hustle” pits the two women against each other and turns conning men into a competitive sport. […] There’s no camaraderie that ensues between Penny and Josephine or a sense that they’re even contending with the same issues. In fact, the class difference between the two women is often used as a tired punchline. Penny is the clumsy one with the tacky clothes who doesn’t know how to walk in heels, while Josephine is the polished ballgown diva who uses her statuesque figure to claim authority over both her male victims and Penny. […] How many times do we need to see the fat woman be the punchline — and how much longer will Wilson endure this characterization?”

“Fat jokes and gay digs run amok in a film that is barely saved by the sparkling chemistry of its duo, Anne Hathaway and Rebel Wilson, who do their best with a film that scams you out of your time. […] The Hustle is a muddled and regressive comedy that is not for want of laughs. But it’s for want of any meaning that makes it more than a forgettable comedy that watch on Netflix before instantly pushing it out of your mind. Hathaway and Wilson try their best to salvage the film, but in the end, it feels like a long con.”

“As a whole, The Hustle has something of a TV film look to it (in a bad way, that is), complete with clunky green screen backdrops and overall flat visuals. And save for a montage where Josephine trains Penny in the art of being a master con artist, the film doesn’t have much success when it comes to finding inventive ways of staging its comedy-driven set pieces and sequences, either.”

I’m interested in seeing The Hustle, if anything to see if Rebel Wilson will go as far as Steve Martin in some of the scenes. I want to root for these movies because sometimes male fans (and women as well) can be too precious about these kinds of swaps, but I’m also tired of seeing mostly white faces be elevated to the forefront. I also don’t want these typical “fat girl” messy tropes anymore in the same way. I thought Spy proved that was all bullshit. Can we just get a sequel to Spy, please?