[UPDATED] Leaving Early to Avoid the Rush: Sir Terry Pratchett Has Passed Away at 66

"It is often said that before you die your life passes before your eyes. It is in fact true. It's called living. " 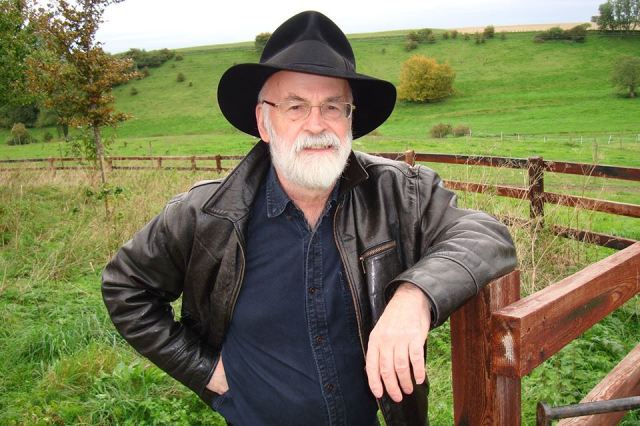 According to The BBC and Transworld Publishers’ Larry Finlay, Sir Terry Pratchett passed away at his home today surrounded by family. The Discworld author was 66.

Finlay told the BBC he was “deeply saddened” by the news of Sir Terry’s death, and that

In over 70 books, Terry enriched the planet like few before him. As all who read him know, Discworld was his vehicle to satirize this world: He did so brilliantly, with great skill, enormous humour and constant invention.

Terry faced his Alzheimer’s disease (an ’embuggerance’, as he called it) publicly and bravely. Over the last few years, it was his writing that sustained him. His legacy will endure for decades to come.

Pratchett was diagnosed with alzheimers in 2007 but continued writing, completing his final book this summer.

Terry Pratchett’s existence has seemed like such a given to me since I first started reading that it’s hard to comprehend we now live in a world where more content from the prolific author isn’t forthcoming, or where his warmth and self-deprecating wit won’t make at least an occasional appearance (can we just marvel at this shirt he used to wear to cons, please?):

The t-shirt that Terry Pratchett wore to conventions: pic.twitter.com/9KJvIpakBc

Sir Terry’s books comforted and entertained me through so much of my life, and often looked at death in a pragmatic way that is somehow comforting in light of today’s news. Let’s celebrate Terry Pratchett, everyone. What did his books mean to you?

[Update] Susana Polo in her new role at Polygon has shared the final messages from the joint Twitter account Pratchett kept with his assistant, as well as some remembrances from the author’s friends and family:

My apologies to all news outlets, tv stations, everyone asking for statements about Terry’s death. I don’t think I can say anything today.

He was my friend for thirty years and a month. I miss him. Donate to Alzheimer’s research and make it so things like this don’t happen.

Many thanks for all the kind words about my dad. Those last few tweets were sent with shaking hands and tear-filled eyes.