There's a flower that grows in the darkness. It's called Lirio de Los Valles. 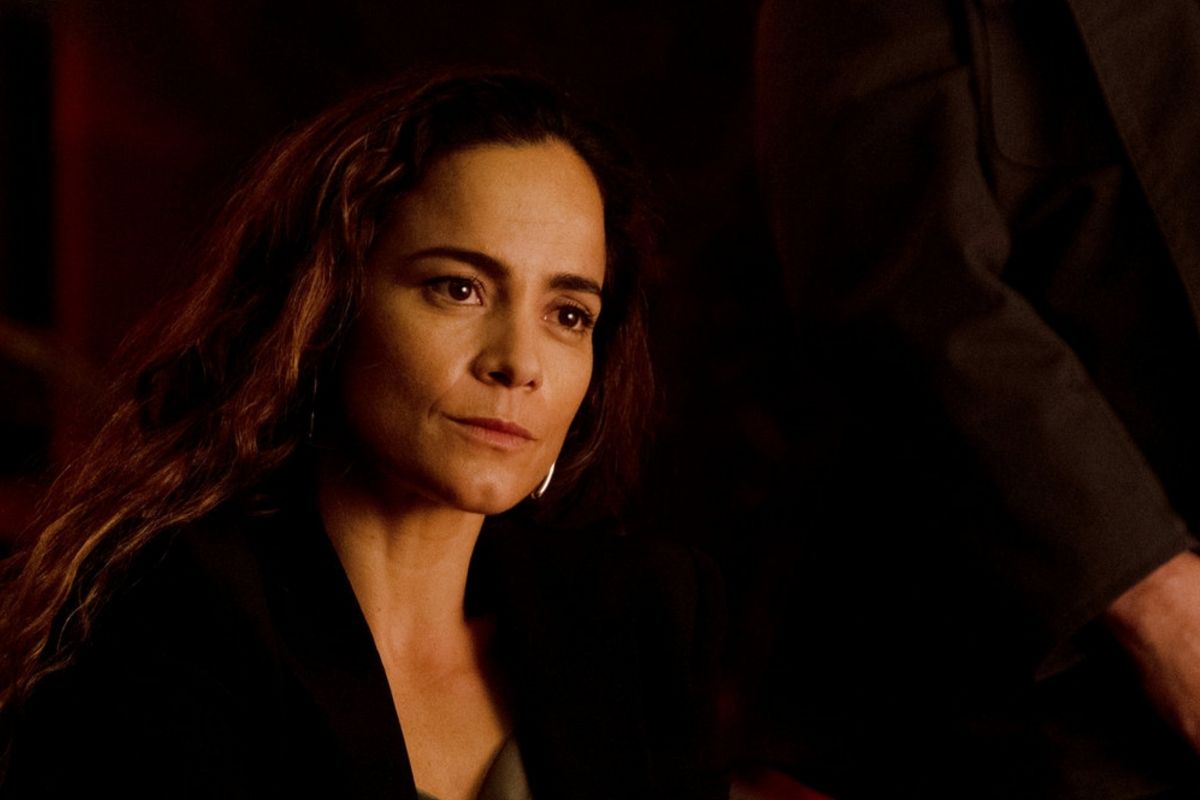 Tattoos tell a story. Some of them are funny, others heartfelt, while some speak of insurmountable pain. But each one, no matter how small or big they are, tells a story about someone’s life. Tattoos are also markers of time. By that, I mean they freeze memories and moments that you never want to forget about or that have changed you forever. And that’s why I love tattoos and one of the main reasons why I have a Queen of the South one.

Queen of the South is a TV show on the USA Network. It’s an American crime drama and adaptation of the telenovela La Reina del Sur. Both are adaptations of the Arturo Pérez-Reverte novel La Reina del Sur, and Queen of the South, which is in its final season, centers around Teresa Mendoza. She is a down-on-her-luck woman who builds an empire that makes Walter White’s shenanigans look like child’s play.

At first glance, I shouldn’t connect with this woman. She’s a drug overlord. But even BAMFs are human and have a story as to how they got here, and that’s where I connect with Teresa. Her journey, like mine, has been hard-fought and painful. I have lost pieces of myself along the way, had people leave me because they couldn’t accept I was me, and become an unrecognizable version of myself.

The same thing could be said for Teresa. She clawed her way from being a mule to being one of the most powerful women in the world. And she did that by pushing through the pain, fighting every second, and knowing her worth. Along the way, she discovered who her true allies were, what she was willing to do to survive, and that the only way she was going to make it through the day was by allowing herself to grow.

That’s where the Lily of the Valley comes in.

“Lirio de los Valles” is the 4th episode of the series. It translates to “Lily of the Valley.” Without getting into too much detail on the episode, it’s Teresa’s first solo drug run, and as expected, it doesn’t go so well. And Queen of the South uses that opportunity to tell the story of the Lirio de los Valles through a projection of who Teresa is in the future and that only she can see. Basically, Teresa sees a future version of herself sometimes.

And in Queen of the South’s “Lirio de los Valles,” this future version of herself, tells Teresa the story of this mysterious flower:

“There’s a flower that grows in the darkness. It’s called Lirio de Los Valles. It actually does better in the shade. It blooms… in spite of the darkness. You remind me of that flower,” The Queen of the South says at the beginning of the episode. The ending of the episode sees her specter-like return and the continuation of the story: “Like I said, there’s a flower that grows in the darkness. Lirio de Los Valles. So many reasons it shouldn’t exist. It must be celebrated. You are one of those flowers. So you may as well bloom, because it’s gonna be dark for a while.”

All I remember after hearing those final words on Queen of the South was the crying. Here I was, minding my business and watching a show because they had a Latinx showrunner, lead, and storyline about a Latinx person in power. I didn’t come for the feelings that this show would give me, but here I was crying my face off at the way these words hit me. They branded me with their honesty and made me feel seen while living in a darkness of my own.

I was like Teresa—stuck, alone, and afraid—and in spite of that, I tried to bloom. I hustled forward, inch after grueling inch, and in spite of what my abuser thought of me. I strived, I struggled, I moved towards something better than the situation I was stuck in. And Queen of the South reminded me that makes you a fighter, survivor, and champion of your own story. That’s why I got a Lily of the Valley tattoo on my forearm, to remember.

It’s been two months since I left my abusive home. Two months of not wincing at the scream of my name, taking up space without being reprimanded for it, and being so unapologetically me that I don’t even recognize myself. And when I look down at my wrist and see my Lily of the Valley tattoo, I’m reminded of the fighter that is Teresa Mendoza and the fighter I am and will always remain despite what has happened to me.