Penny Arcade and Marvel Vs. Capcom | The Mary Sue

Penny Arcade: The Wounds of the Past 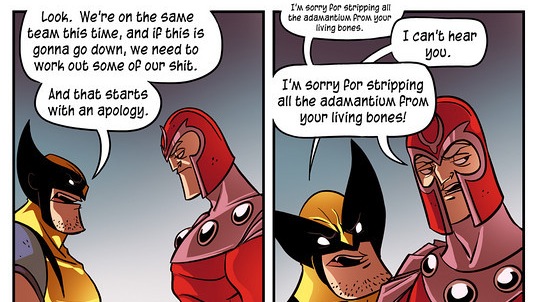 The Penny Arcade guys readily admit that they’re really only into comics insofar as the manufacture of them enables the lifestyle of tremendous gaming excess to which they have become accustomed.

But Mike Krahulik, at least, had his sights set on illustration from a young age, and he is the one of the two who was into superheroes.  His hunger for Spider-Man, for example, is well known.

This is all a round about way of saying that while Penny Arcade doesn’t make too many comics about superheroes, sometimes they do, and today’s nudges up against everything that we like: exploration of the strange crossover scenarios demanded by the mechanics of a different medium, the idea of genre aware meta-characters who remember all of their appearances, and nods to the thin veneer that is the concept of superhero continuity.

And if you’re into video games, and you are wondering if Magneto ever actually did rip the adamantium out of Wolverine’s living bones, then yes.  Yes it did happen. 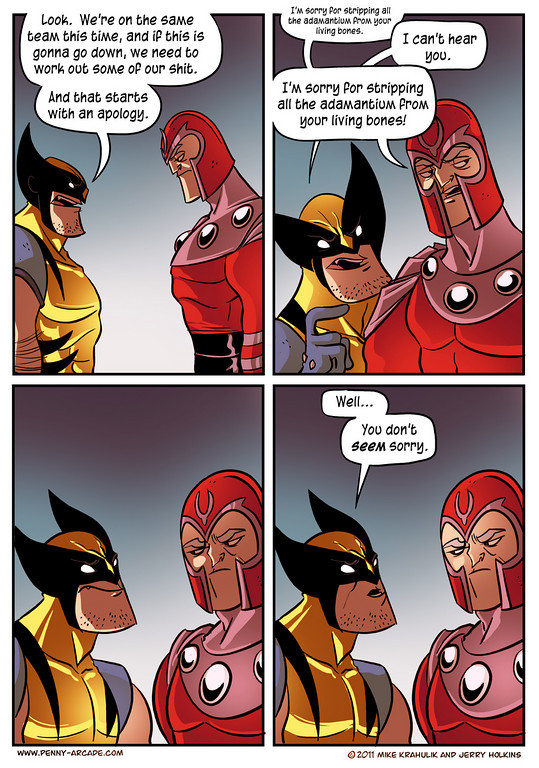