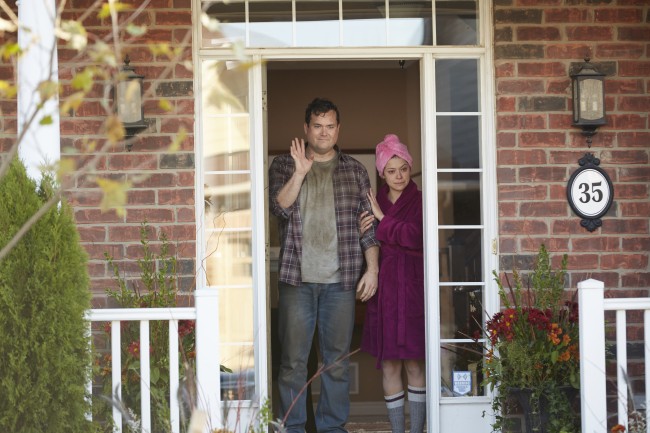 There is no Clone Club dance party on this day. As we prepare for tonight’s Season Four finale of Orphan Black, BBC America announced that the show will be saying goodbye after next season.

When I first heard the news, my initial reaction was pretty much this:

But then I read the statement from show creators, John Fawcett and Graeme Manson, I felt a little better. The show wasn’t cancelled. It has simply arrived at its natural end:

We are excited to deliver an epic conclusion to the tale of Sarah and her clone sisters. The past four seasons have been a phenomenal adventure and we are eternally grateful to our loyal fans who have loved the twists and thrills of our weird little show. We are thankful to our partners at Temple Street, and to BBC America and Space for their support and giving us the opportunity to end on a high.

While I will be sad to see Orphan Black go, I’m glad that it seems to be going out on a high note, and the way the creators intended. Five seasons is a respectable run for a TV show, and with the nature of this show being what it is, it would only become more and more outlandish and ridiculous plot-wise if allowed to continue beyond that.

Here’s the one thing that really worries me: the Academy of Television Arts and Sciences will only have two more chances to award Tatiana Maslany with a goddamn Emmy Award for her brilliant performance(s) as the Leda Clones! Get it together, Academy! Because if she doesn’t manage to win an Emmy for five seasons of playing up to ten characters on the same show, an Emmy isn’t worth a damn. Also, forget the above gif. My response to this glaring oversight will be more like:

Just sayin’. Learn how to act right, Emmy voters. The nominations for the 2016 Emmys will be announced on July 14th and the ceremony is on September 18th on ABC. Here’s hoping that Orphan Black can go into its final season with the accolades it so richly deserves.

(via io9, image via BBC America)