Orlando Bloom In Talks For The 5th Pirates of the Caribbean Movie, Which Is Actually Happening I Guess

As long as Hans Zimmer is back to score it, we're good. 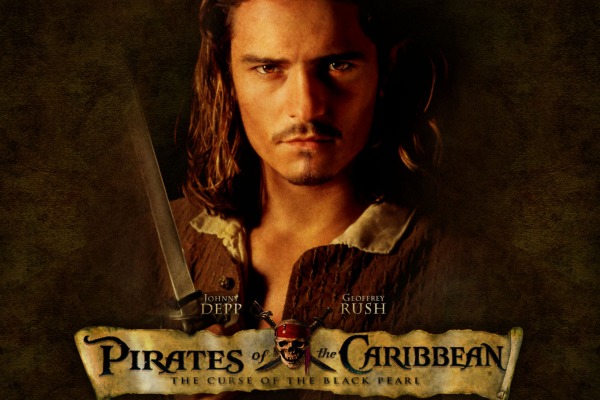 Speaking at Oz Comic-Con in Brisbane last weekend, Orlando Bloom told a crown of adoring Aussie fans that he would be open to the idea of returning to the Pirates of the Caribbean franchise for the fifth film. Which is totally a thing. In case you had forgotten.

After starring in the first three Pirates films, Bloom did not appear in the fourth installment, On Stranger Tides (which I honestly didn’t hate as much as everyone else seemed to, but oh well). Here’s what Bloom had to say about potentially returning as Will Turner:

“There have certainly been some discussions about it and I’m open to it. That whole experience working with Johnny and [director] Gore [Verbinski] was really amazing for me. One of the reasons I jumped at the opportunity was because Johnny was involved. I was such a massive fan of Johnny Depp growing up so to get up close and personal to Johnny and see how he worked as an actor was just a massive gift.”

To be honest, I believe anyone who gets “close and personal” with Johnny Depp would describe it as a “massive gift.”

The fifth Pirates flick is to be called Dead Men Tell No Tales; Johnny Depp is already attached, and the film—due out in 2017—will be shot in Queensland, since the Australian government just gave Disney some mad tax incentives. Jeff Nathanson re-wrote the script, which would be exciting if he had only ever written The Terminal and Catch Me If You Can. But then he also did the story for Indiana Jones and the Kingdom of the Crystal Skull, so, there’s that. On the more positive side, Dead Men Tell No Tales is being directed by Joachim Rønning and Espen Sandberg, the Norwegian dudes who did Kon-Tiki. Realistically Pirates 5 will probably make a billion dollars like the rest of them, and I’ll go see it, Orlando Bloom or no.

Also, this feels like a great time to remind the world that this epic Pirates of the Caribbean/Skyrim theme mash-up exists: