Nancy Pelosi Takes Her Rightful Place as Speaker of the House 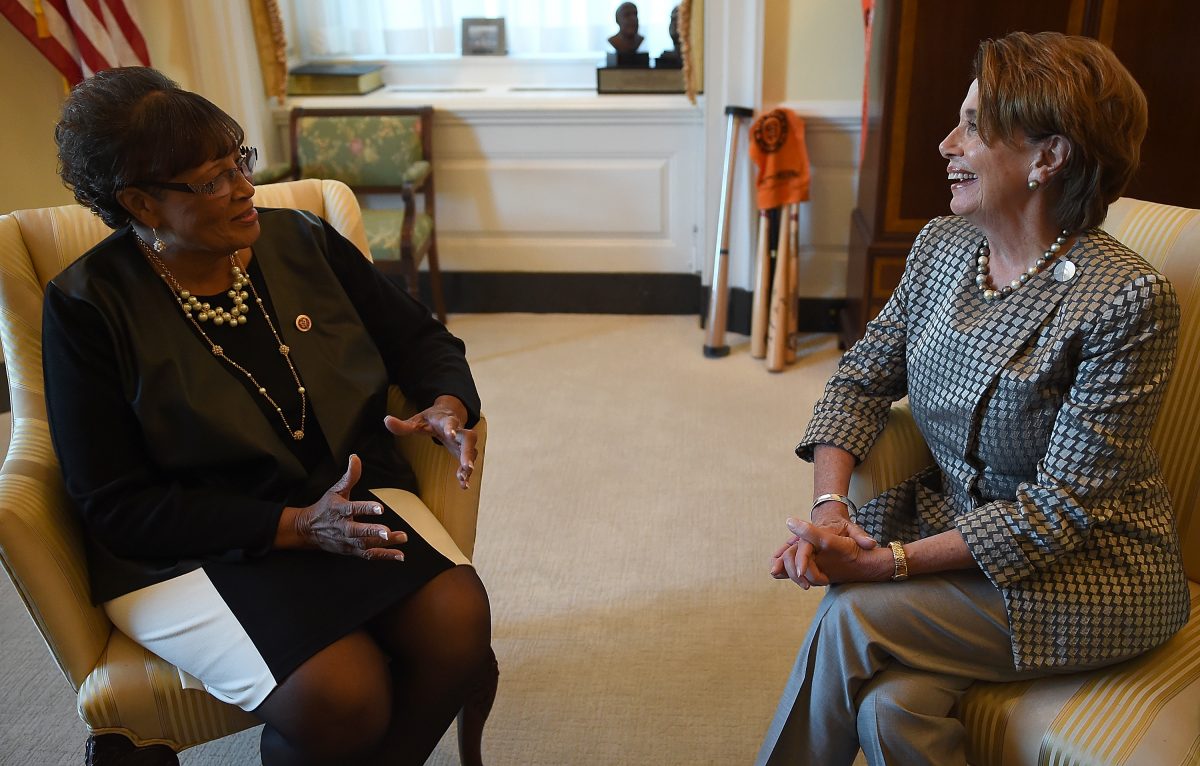 Paul Ryan is no longer Speaker of the House as of today (and no one will miss him). For the second time in history, Nancy Pelosi is taking the seat. She made history in 2007 when she was named the first women to take the role of Speaker of the House.

When Pelosi first started, there were barely any women in Congress, and this year, as she’s reclaiming the role of Speaker, we’re swearing in a ground-breaking amount of women. So many people are sharing their excitement for Pelosi and the rest of the women being sworn in.

Nancy Pelosi did not come to play today, y’all. pic.twitter.com/u4KjW8jddm

Coming back as Speaker, Pelosi clearly has herself focused and is ready to do what needs to be done to start to fix what this administration has disrupted.

Pelosi has already made it clear that Donald Trump isn’t going to get away with much with her as Speaker of the House.

Nancy Pelosi to Trump as soon as she becomes speaker again #DemsTakeTheHousepic.twitter.com/uBoK4xrVhH

She isn’t going to let him get away with demanding money for his “border wall” or any of the absurd things he wants to pass.

Nancy Pelosi to Trump on his border wall, in one GIF pic.twitter.com/zikg4aMdru

Granted, it isn’t like she’s among a million ladies. In fact, she’s still, often, the only woman in the room.

Nancy Pelosi is the only woman in the room for the briefing yesterday.

Pelosi is a strong woman who has been in politics for quite a long time and knows what she’s doing, and we have nothing but respect for her.

We should all be so lucky to be this badass when we’re 78! Anyone who has anything bad to say about the incredible @NancyPelosi better back off immediately. She has fought through so much and continued to be such a strong leader. #bosslady #nancypelosi #trumpshutdown pic.twitter.com/YqFaTiYsD8

But today is special because Pelosi is going to go head to head with Trump himself, and we can’t wait.

We’re proud of all the amazing women getting sworn into Congress today. As they say, the future is female.

Today 126 women will be sworn into Congress, including many groundbreaking firsts. And @NancyPelosi will take the gavel. Congratulations Congresswomen, we’ve been waiting for you. pic.twitter.com/QJPhDpWiM6