Are tickets on sale already? 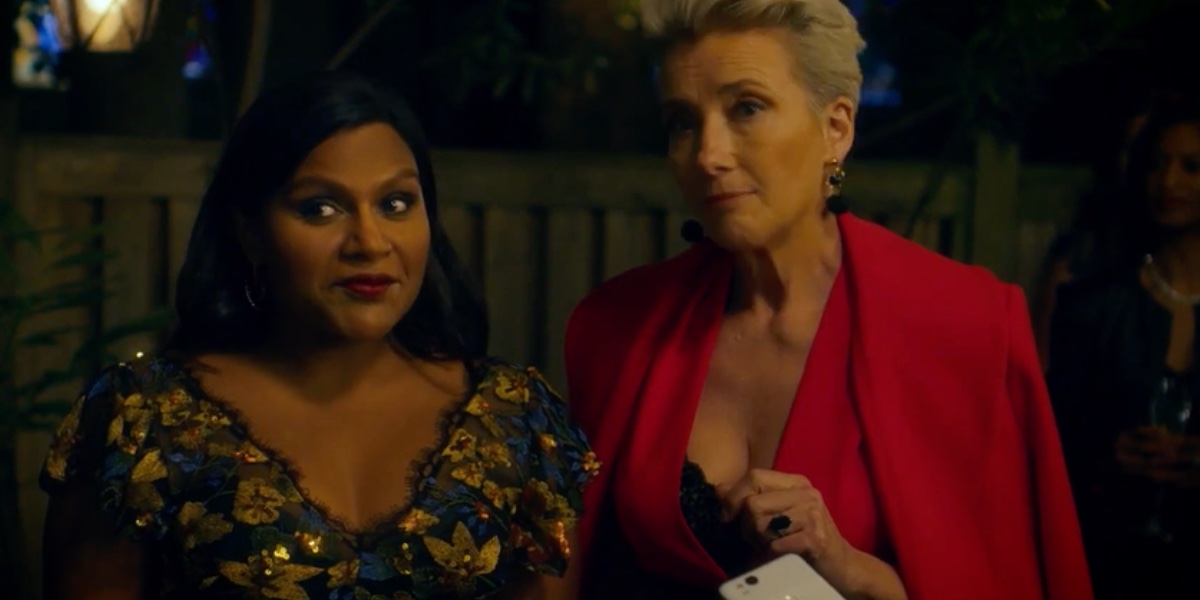 Let the record show: I am a huge fan of Mindy Kaling—like, an essay-reading, A Wrinkle in Time-loving, Mindy Project-obsessed fan. I am also a huge fan of Emma Thompson. From Love Actually to Much Ado About Nothing (and her voice acting turn in Treasure Planet), I’ve been a fan for as long as I can remember.

So, to pair Kaling and Thompson up for a film that pokes fun at the mostly white and male world of comedy? I’m already buying my ticket.

Late Night is about a female talk show host (Thompson) and the writer (Kaling), who just happens to be the only woman of color on staff, who is going to help her save her show. Kaling wrote the script, and the film is directed by Nisha Ganatra.

Fans expecting to see another Kelly from The Office or Mindy from Mindy Project might be surprised. “You see much more of myself in Emma’s character than people might think,” Kaling told Variety in a feature story on the film. “She’s very prickly. She’s not at all a person people feel they’d like to know and spend time with. The things she gets annoyed or impatient with, that’s me as well.”

The trailer actually focuses more on Katherine, Thompson’s comedienne. She fires writers, is told that she only has one year left on the show, and then confides in Kaling, a new hire. Kaling’s Molly gets a few good jokes in, including one about literally having to pull up a seat to the table. She turns a garbage can into a makeshift chair when there are literally are no seats available to her.

The stark shots of a table full of white male writers, or Kaling being the only person of color at the table, reflect Kaling’s own journey, in a way. She was the only female writer of color on The Office. She told Variety,

“The way that writers’ rooms look now versus when I started at The Office in 2004 is night and day. I was the only woman of color on our staff for the entire run of the show I think, but things have changed a lot since then. We are just demanding more inclusive storytelling. We want to see ourselves reflected. When I was coming up, I didn’t even think I was owed that.”

It’s important that Kaling is tackling this subject and doing so with her usual charm and humor. Thompson looks perfectly cast in the role of Katherine, and I’m excited to add Molly to my list of Kaling’s roles that I absolutely adore. The film received positive reviews at Sundance, and I cannot wait to be first in line to watch this film this spring. Anyone else already counting down the days until the release.