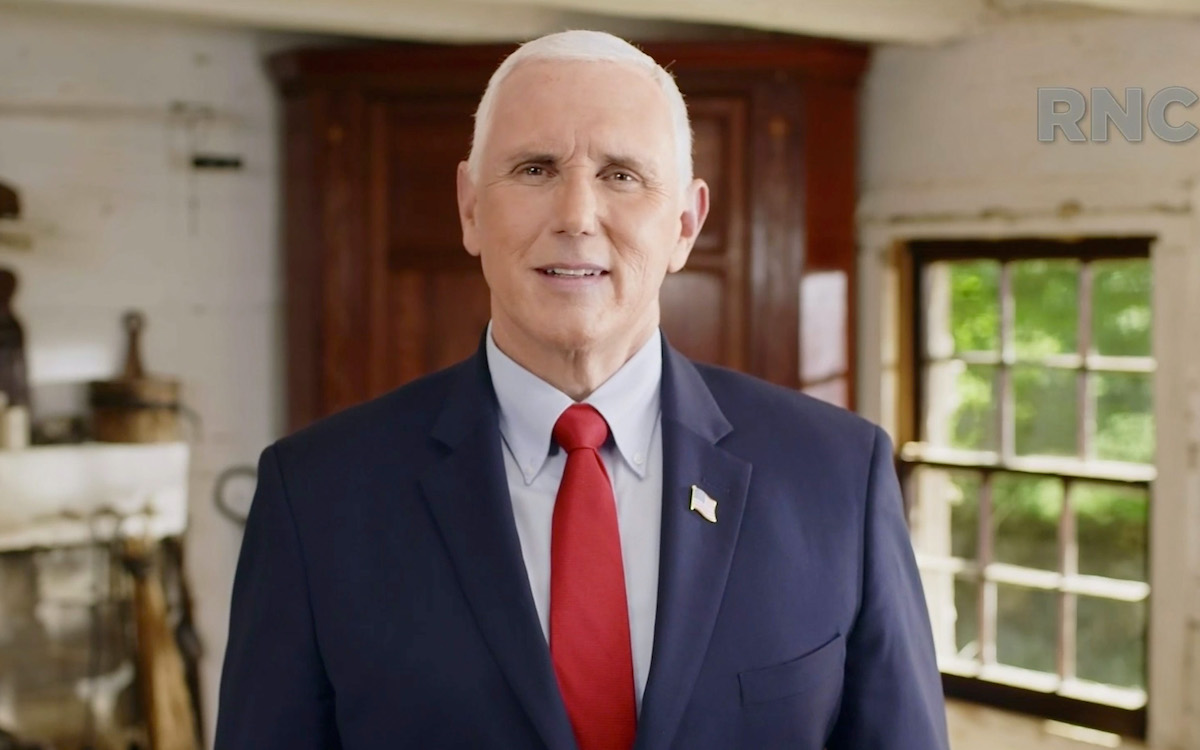 Mike Pence made a pretty bold claim about America’s reputation at a Labor Day campaign event in Wisconsin.

Speaking at the Dairyland Power Cooperative energy company, Pence ranted about the need to support law enforcement and insisted that “rioting and looting is not peaceful protest.” He repeated a talking point from the RNC about “standing with our African-American neighbors,” because Pence has no interest in talking to Black people, only about them.

Pence also claimed that thanks to him and Donald Trump, everyone is just nuts about America. “In three short years,” said Pence, “we rebuilt our military, we revived our economy, we stood for our liberties and for law and order.”

“The result?” he said. “I can tell you that after traveling to more than 30 countries as your vice president, America is respected in the world again.”

I want to say there’s no way that can be true, but to be fair, I have no way of proving Pence wrong, since Americans are currently barred from entering almost every country on earth.

When at some point in the future I’m allowed to visit other countries, I look forward to asking about this https://t.co/fVRxrFvr6C

We are not allowed to step on 90% of land on this planet. https://t.co/5csGQGmqYq

Dude, for the first time in my life I can’t even drive to Canada or Mexico…and the European Union has barred U.S. travelers. Sit down. https://t.co/9e7WHb2y6W

Is that why no country will allow us to visit? We’re too respected? https://t.co/TzmQT7gIDS

Funny that Pence didn’t include the country’s response to the coronavirus pandemic in his list of reasons why America is so “respected.” I wonder why that is.

Is this why Pence and Trump are so into their weird Space Force idea? Because Pence doesn’t actually say which “world” respects America, but it sure as hell can’t be this one.

Yakko Warner sings the nations you can currently travel to from the US without restrictions. pic.twitter.com/3of64izHrO

(image: Courtesy of the Committee on Arrangements for the 2020 Republican National Committee via Getty Images)